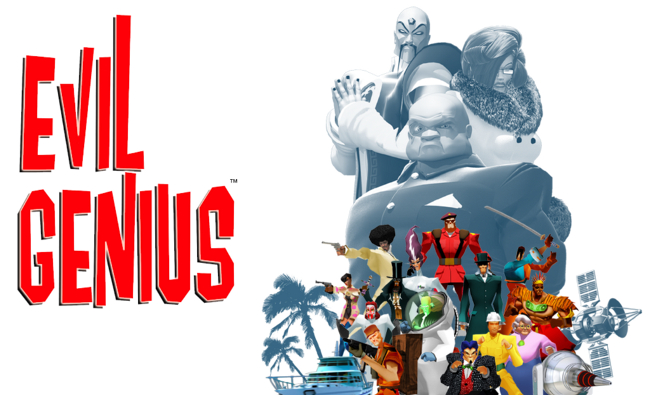 EG2 Official News on the way

That’s right, just a few hours ago via the Rebellion Twitter feed, they announced:

EG news is coming! Would you mind pointing us in the direction of the Facepunch forum and EG fan page?

After which was quickly answered by a Evil Genius fan “Elderbone”.

In one of their later Tweets they also mentioned:

Trying to work out how we can get EG community more involved! 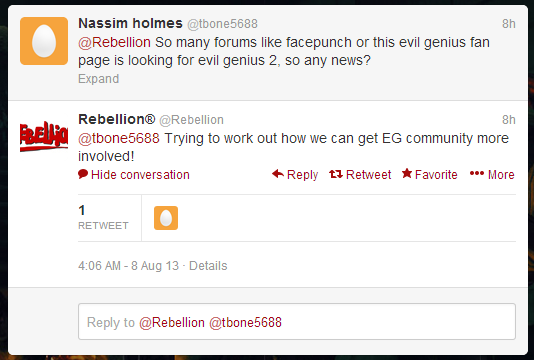 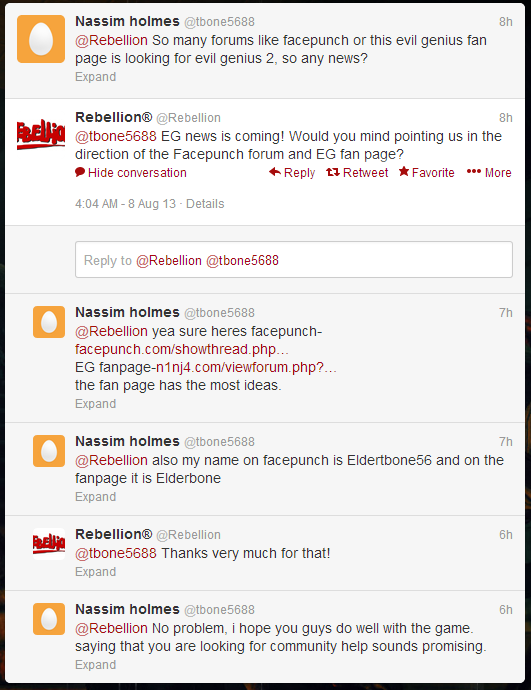