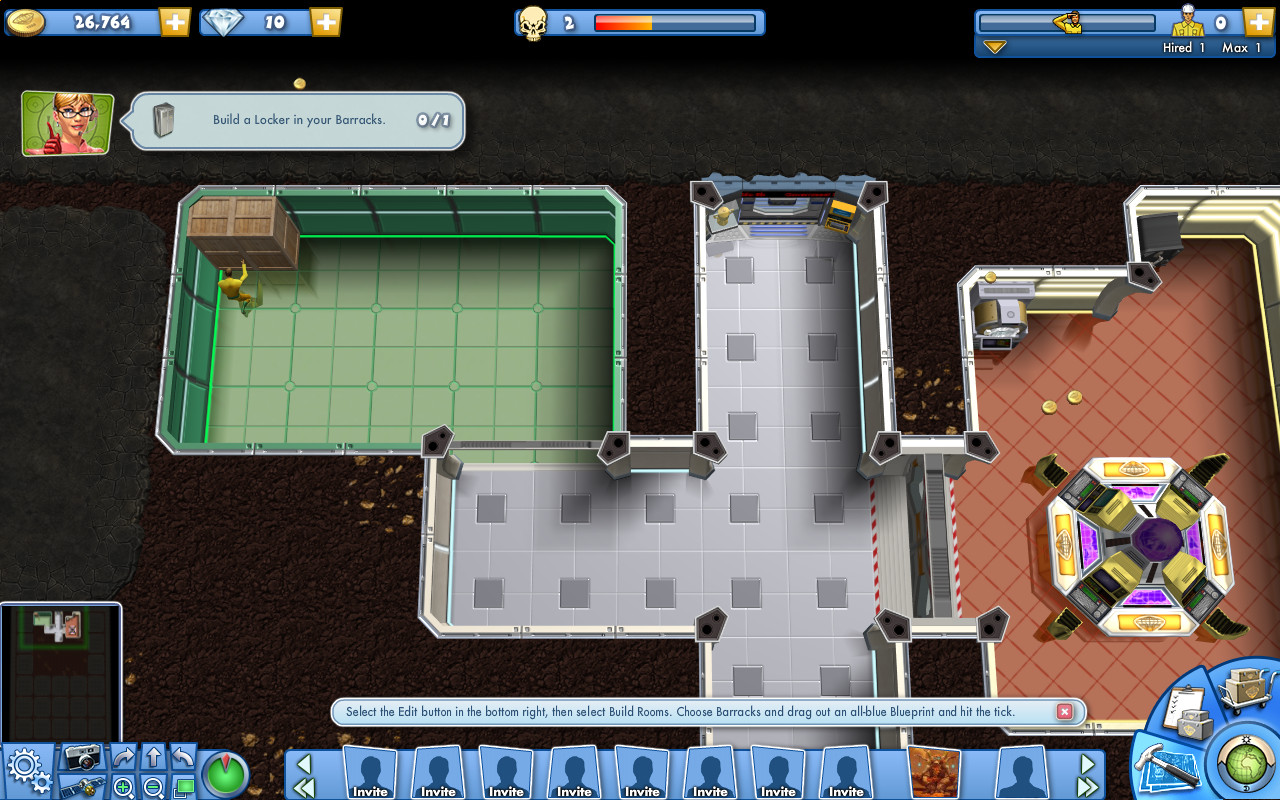 So at this point I’ve played the game for approximately 1 hour.  At first it was tough to even understand what to do, but after hovering and clicking through everything I started to follow.

You start with a basic abandoned lair with 3 guys in black suits.  I assumed they were my minions at first, wondered why they were not yellow, but then was told they were agents.  You click on them and click execute and they are auto killed, not by other minions, just out of thin air by a gun.  That’s a little strange to me as the immersion is missing on this part.  After they are dead you spam click on trash and other things in your lair, your minion then runs around vacuuming the messes. 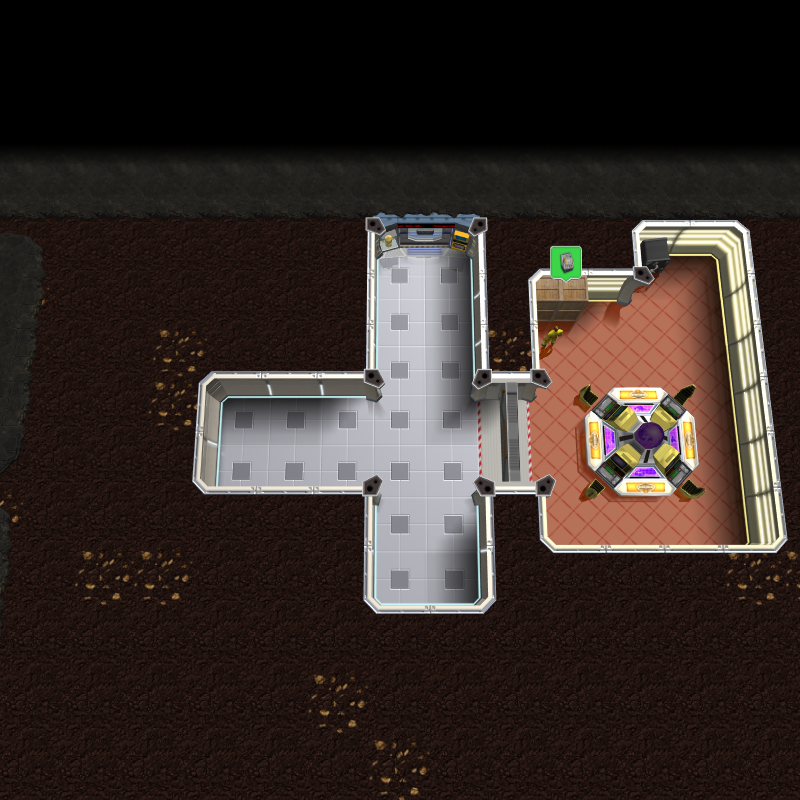 After that you install a Money Launderer as that’s your source of gold income.  It’s not self sufficient as each time the green icon pops above it as in the image below you have to click so your minion will go harvest the gold out of it.  With that said it looks like you have to have the game open and running to earn gold, but that’s no different than any other game. 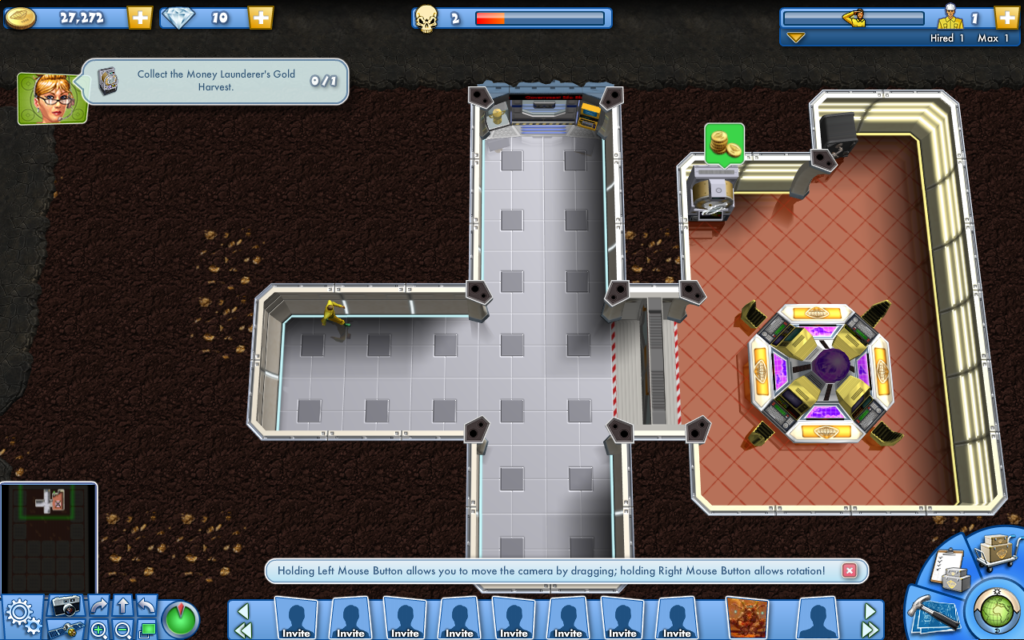 Below is an image of a goal of building your barracks.  They build almost immediately, no tnt required. 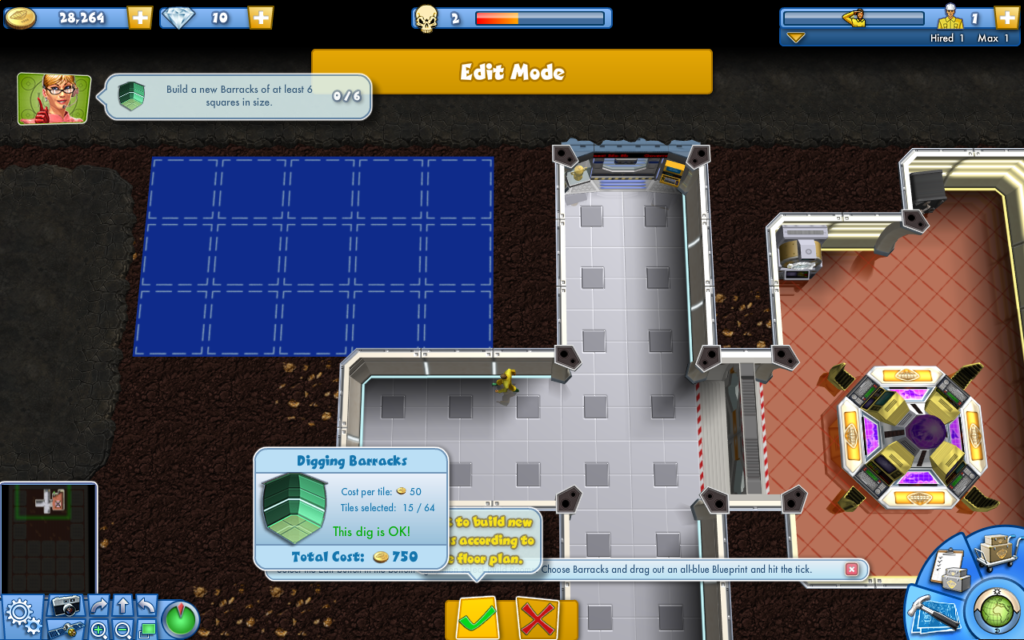 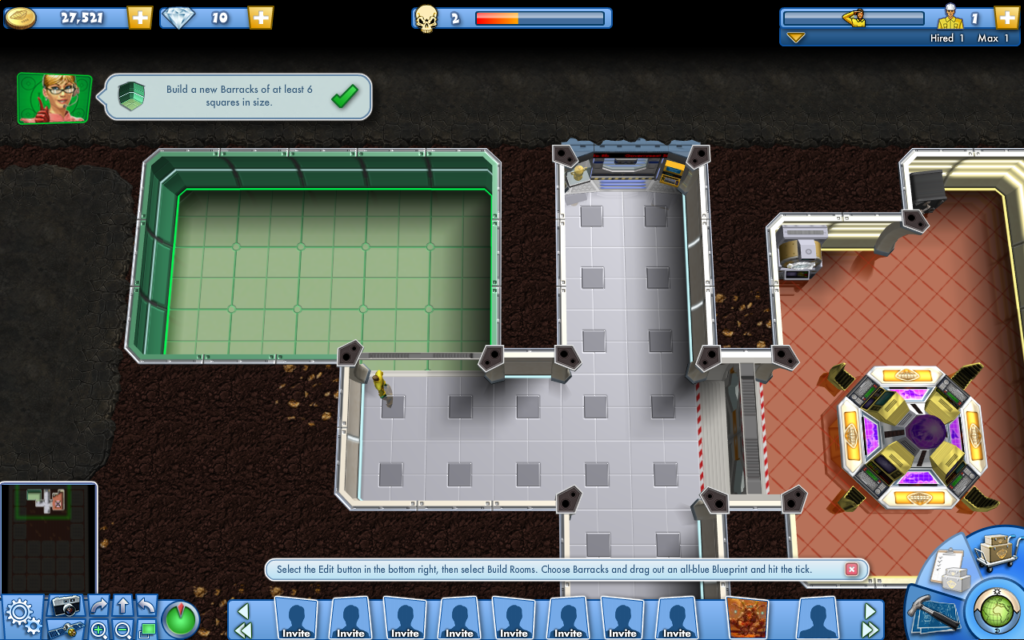 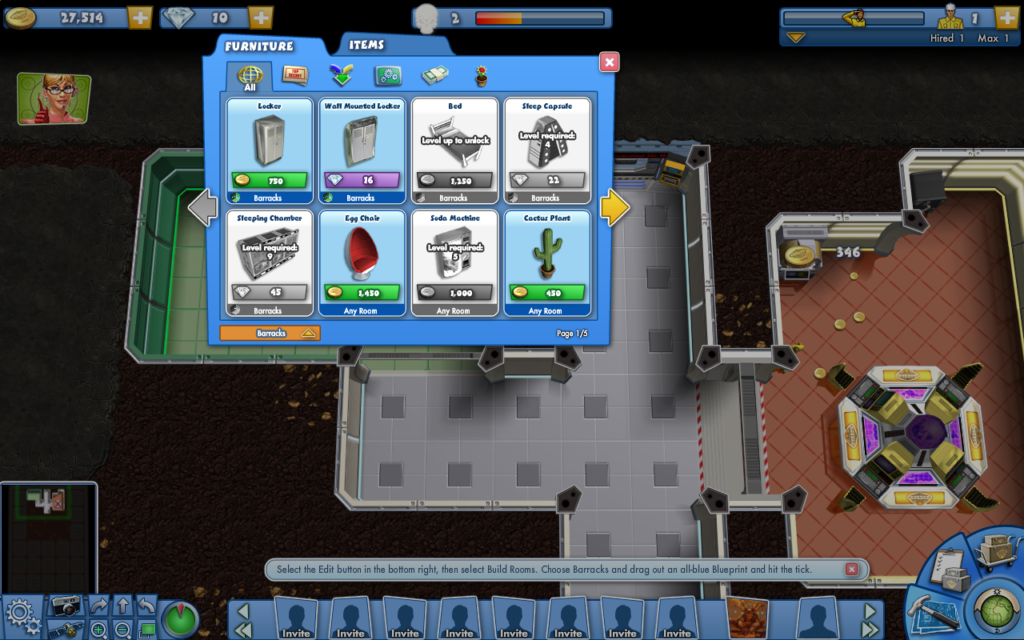 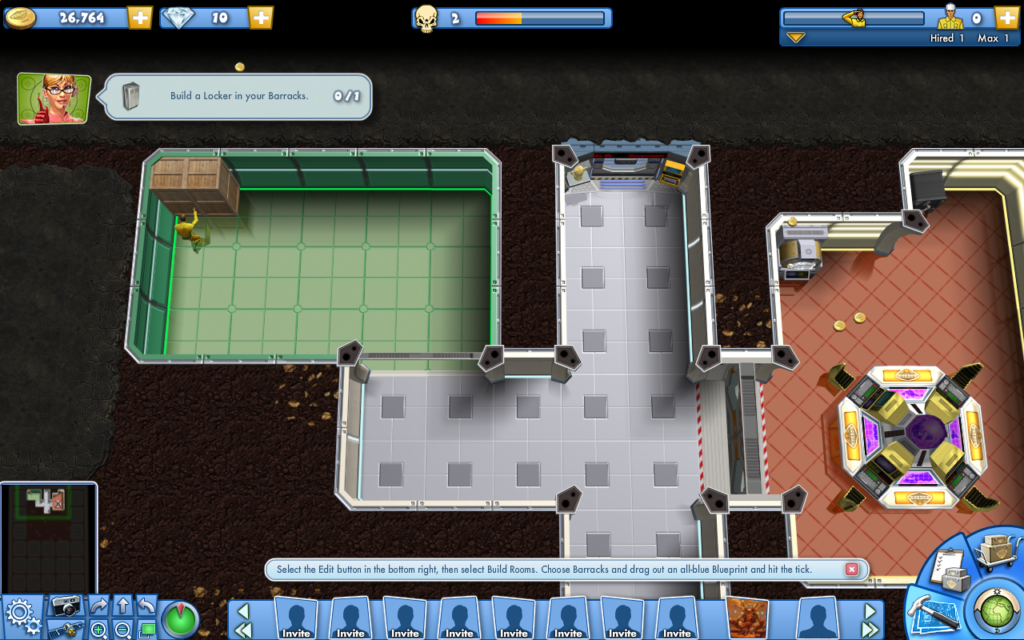 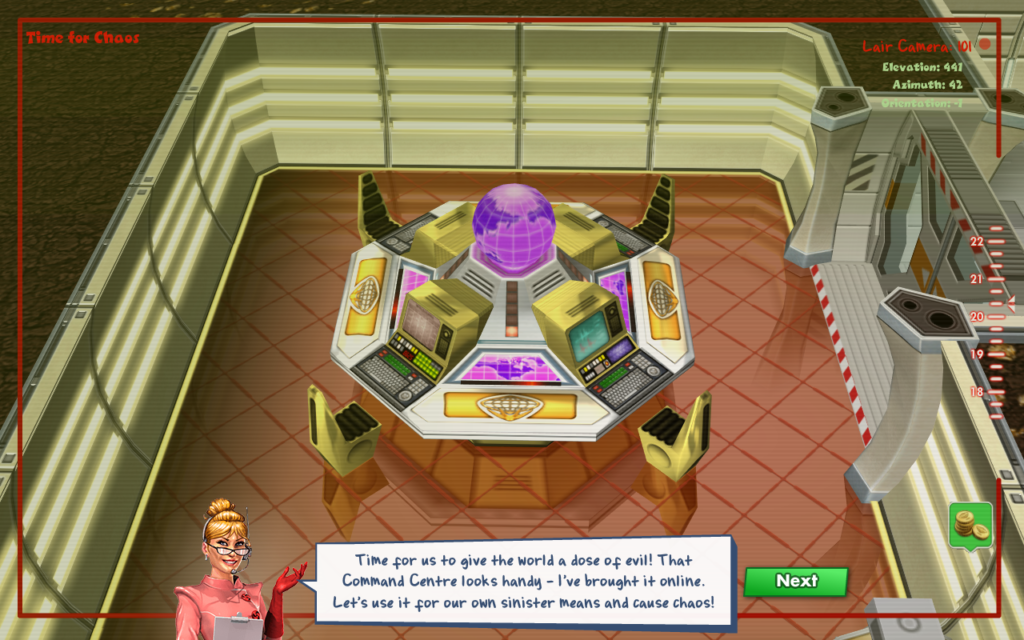 Now here is where it show’s it’s Facebook style nature.  As you can see in the image below, the mission takes 15 minutes to run and you do nothing but sit until it’s done unless you speed it up with diamonds that you can purchase with real money.  Not a fan of that. 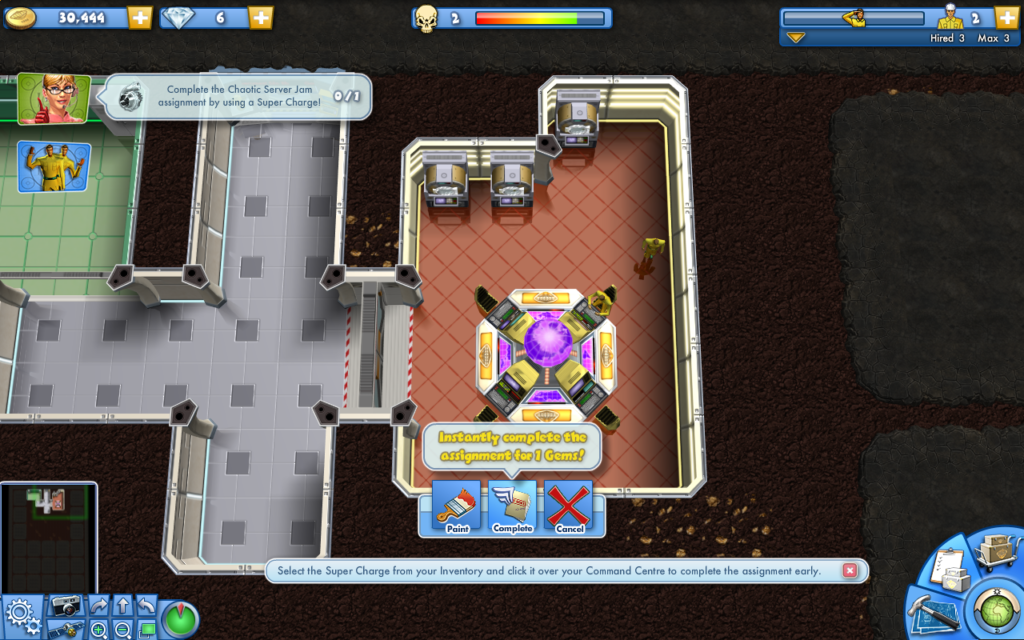 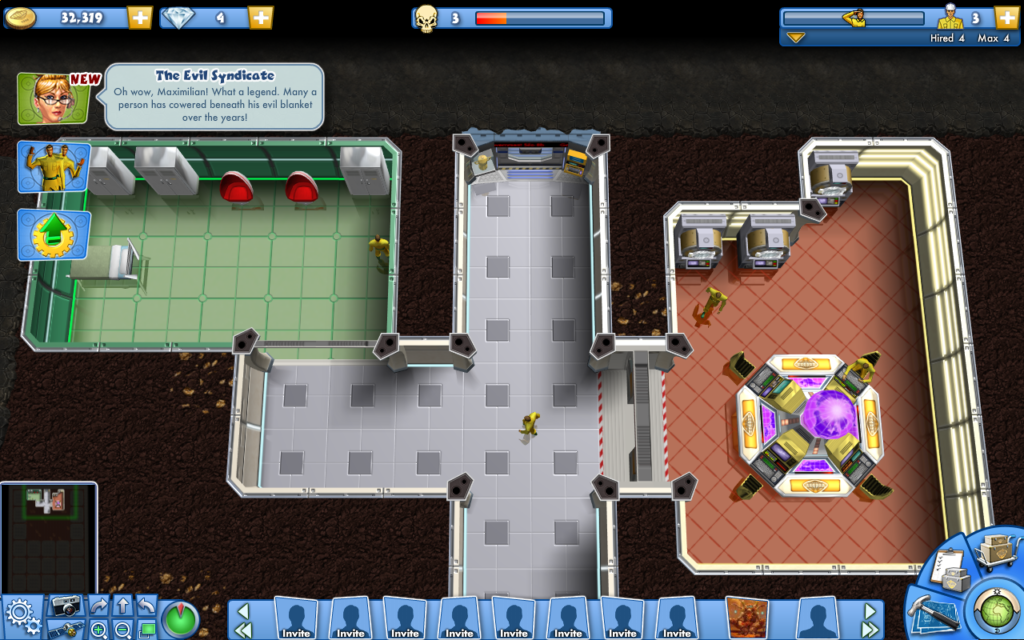 That’s all for now.  I’m going to continue playing and provide feedback/screenshots.  It seems like a lot of clicking without much strategy.  Even though it’s not what us EG2 fans were hoping for it’s a start.  Now if only it can earn as much as a Farmville type game we may just get our true EG2.

Make sure to leave your feedback here! 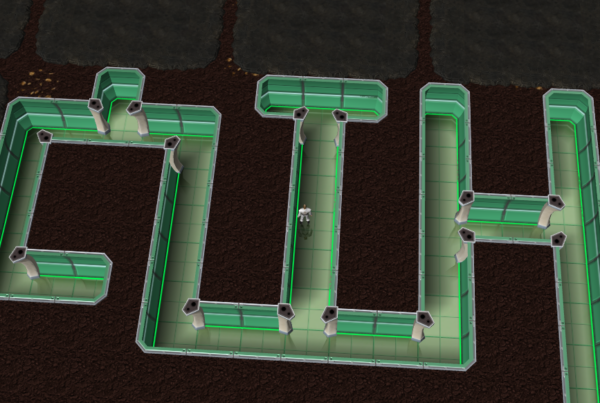