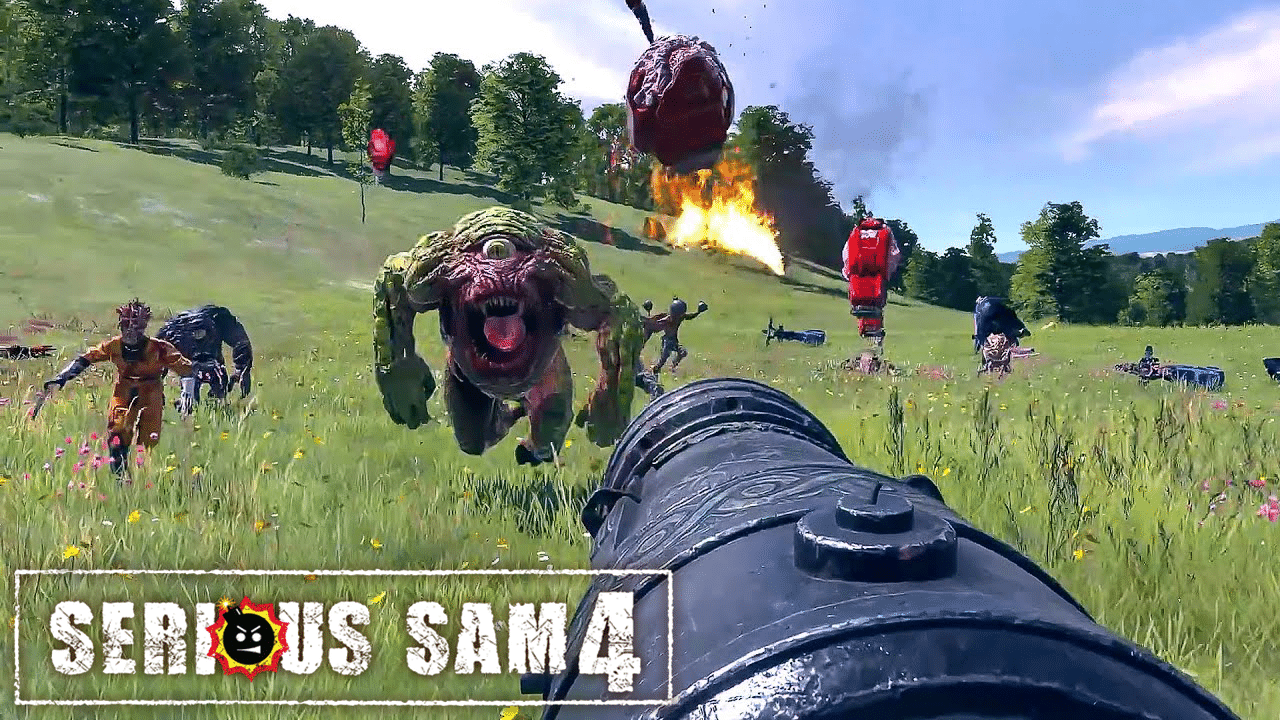 The explosive thrills of the Serious Sam series are back in Serious Sam 4, launching Thursday. However, there’s more to this entry than meets the eye. Unlike previous Serious Sam games, the long-awaited fourth title will feature a fleshed-out, immersive story. A new story trailer released by Croteam depicts everybody’s favorite gun-toting hero in a prequel that’s sure to elevate the series to new heights.

Helming the story for Serious Sam 4 is the husband-and-wife team of Jonas and Verena Kyratzes. Jonas is best known for his work on The Talos Principle and also had a hand in crafting Phoenix Point and The Sea Will Claim Everything. According to a release from the Croatian developer, the Kyratzes’ approached the narrative intending to make it the “real B-movie of games, with an over-the-top plot, memorable characters, and – most importantly – heart.” This comes as a contrast to previous entries, which emphasized the action and Sam’s expansive arsenal of explosive and deadly weaponry.

Serious Sam 4 will serve as a prequel to Serious Sam 3: BFE, which sent the titular character to Egypt to battle the forces of the extraterrestrial army of Mental in the 22nd century. The development team considered the antics of Sam “Serious” Stone from the first three games to ensure the story lined up perfectly but ultimately left it up to Jonas and Verena to create a solid plot.

“The first thing we had to do was make sure it was a Serious Sam story, “Jonas explains. “We had a lot of conversations with the rest of the team where we just talked about getting the tone right. It had to be funny, but not a parody. It’s pulpy, but quite earnest.”

John J. Dick is returning in the starring role and will be joined by the talents of Erica Lindbeck, Zach Valenti, Wally Wingert, and Joe Lynch in memorable and roles new to the prequel.

In the fourth installment, the armed mercenary will go up against Mental and his alien forces. Classic enemies like the Headless Kamikaze, Kleer, and Werebull are joined by all-new extraterrestrial threats like the Zealot, the Processed, and the grotesque Belcher.

Sam enters the fray sporting some of his favorite firearms, like the double-barreled shotgun, the chainsaw launcher, and the new auto shotgun. Every weapon can be upgraded to help Sam plow through the invaders and set the course for the rest of the series.

Serious Sam 4 features a 4-player online co-op mode where players can join forces to tackle side quests and revisit the game’s primary missions. Players can test their skills across multiple difficulty levels and devastate Mental and his minions with friends and strangers.

Croteam is releasing Serious Sam 4 on Windows and Google Stadia on Sept. 24, 2020. A console version will be coming to PS4 and Xbox One sometime in 2021.