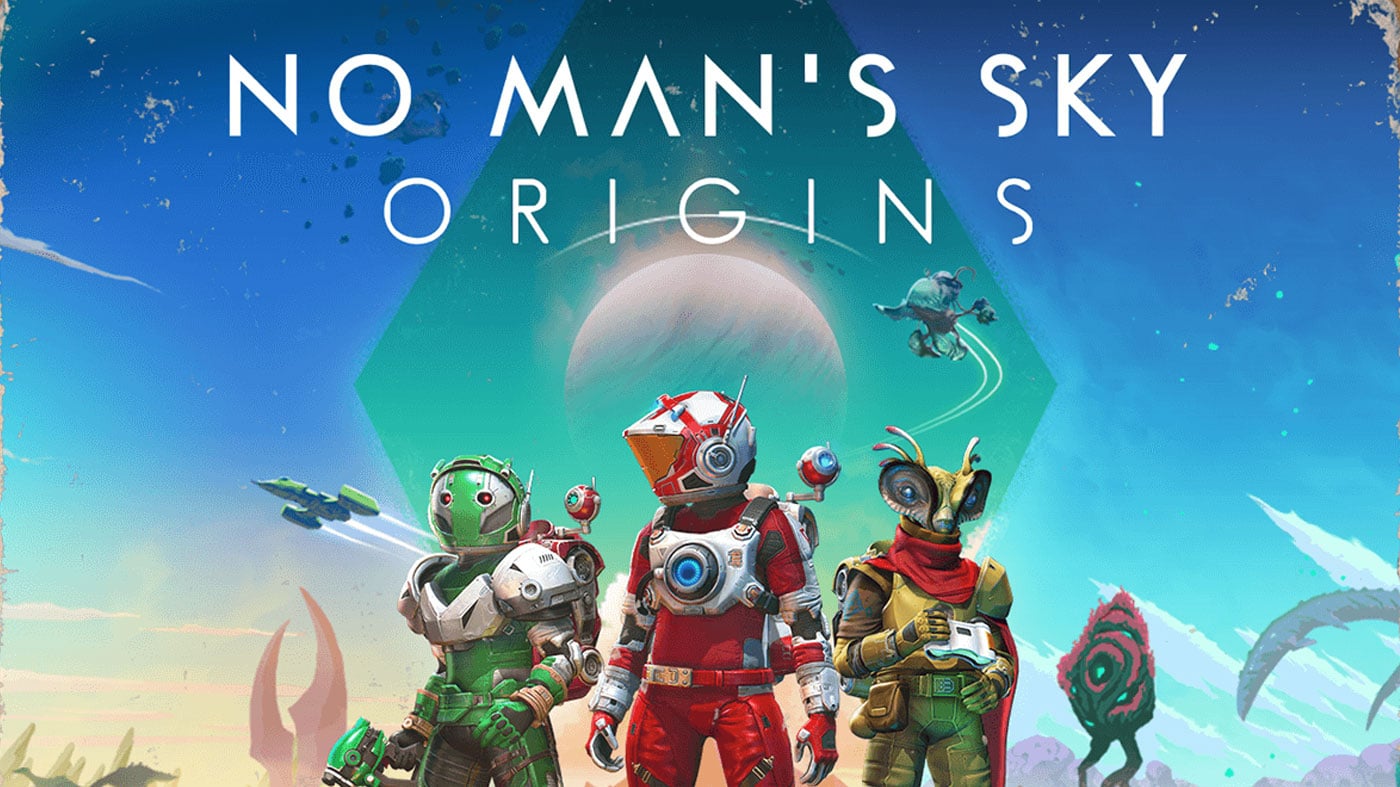 Hello Games dropped their long-awaited Origins update for No Man’s Sky, continuing their trend for 2020 of bringing the game closer and closer to what it was supposed to be when it released. Earlier in the year they added mech suits, cross-platform multiplayer, and even a Dead Space-esque update that added abandoned derelict freighters infested with deadly aliens.

Origins is intended to double the amount of variety you’ll see as you explore you universe and find new ways to make money. New plant and animal life, massive oceans and mountains, and a more robust weather system are the calling cards of today’s new free update.

Although it may seem a little out of line with their previous updates, Hello Games’ Sean Murray said that, “This year we thought it was time to revisit some of the foundations of the game.”

It makes sense. Since the game’s initial, disastrous launch in 2016, the updates that have come down the pipeline have focused on filling No Man’s Sky with things to do. New plant and animal life or a new weather system would have been a joke shortly after the game’s launch when compared to the need for bug fixes, stability improvements, and adding features that were marketed at first, including multiplayer.

Four years out from launch and with more players now than ever before though, Hello Games decided that now was the time to overhaul the environments and things in those environments, and it seems to offer something for newcomers and returning players as well.

Sean Murray even admitted to some embarrassment with the current state of No Man’s Sky’s universe in an interview with Polygon, saying that “People have hundreds of millions [of] hours in that universe we’ve made [and] … to an extent, it’s a little bit embarrassing. We should really make that better.”

No Man’s Sky has received its fair share of criticism with regards to its content (or the lack thereof) and the huge number of false promises that were marketed to consumers before its release, but I don’t think there’s anyone playing the game that would say the game hasn’t made massive strides. The average player has around 45 hours played, meaning that if nothing else, the vast majority of players have something to keep them logging in again and again.

The new plant and animal life probably don’t sound like the most exciting thing, and realistically it’s only fun to look at. The new geographical locations and weather system though, sound like they’re the new draw. Meteor showers can drop new, rare materials and lightning storms (and all other weather systems in the game) are going to act more naturally as well, being more like real-world weather that travels across the planet, as opposed to a Hoth or Tatooine like system where the entire planet is one thing.

The features sound interesting, and while I don’t think it’s enough to combat the issues I have with the survival mechanics in the game and their balancing, it probably is enough for me to justify loading the game up again to spend a few hours seeing some new sights.