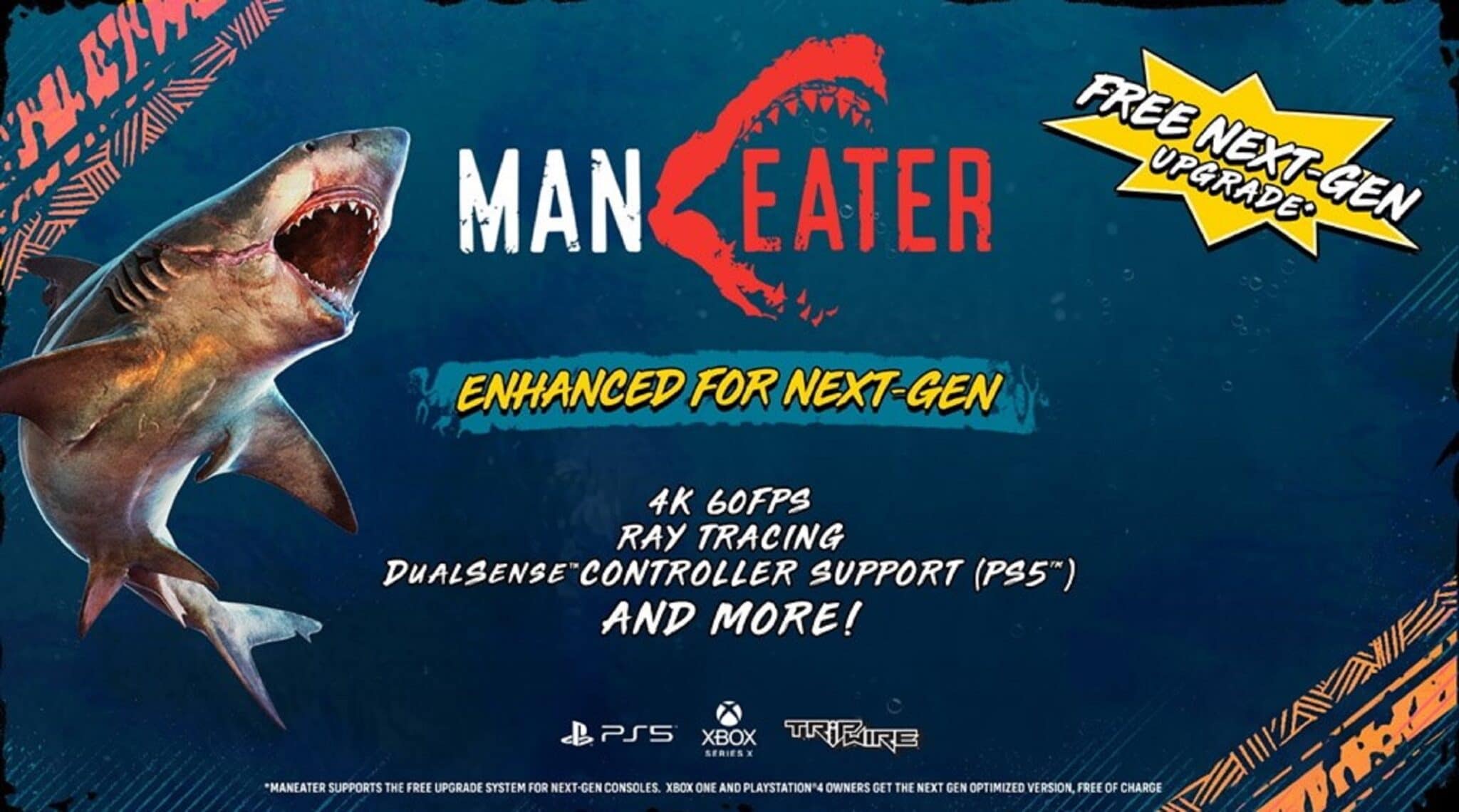 The Gulf is going to run red with visually enhanced blood this holiday season. To celebrate over one million copies of Maneater sold, Tripwire Interactive and Deep Silver are offering free PS5 and Xbox Series X visual upgrades upon their release.

In a press release announcing the sale of more than one million copies of the “ShARkPG,” Tripewire confirmed that the title will evolve for next-generation consoles. Included in the free update will be Ray-Tracing support, native 4K HDR running at 60 FPS, and altered lighting effects. The oceanic predator will glisten with these visual improves as the Gulf will come to life in ways not previously seen in the current-gen release of Maneater.

Even the Xbox Series S, a lower-powered digital version of the Series X, will enjoy an enhanced version of the game with improvements to graphical fidelity and frame rates. The release also noted that the game will take advantage of the PlayStation 5 DualSense’s haptic motors. Tripwire confirmed that the PC version will also receive next-gen updates, though not until 2021. However, there was no mention of which graphical improvements will be gliding their way onto the PC release.

Players that already own Maneater for the PS4 and Xbox One will receive a full upgrade at no extra charge. The updates will be rolling out on Nov. 10 for the Xbox consoles and Nov. 12 for the PS5. This officially makes Maneater a release title for the next generation of gaming entertainment.

Maneater pits players in the role of an injured bull shark, left orphaned by a Cajun shark hunter. Through the lens of a reality TV series narrated by Chris Parnell (Rick and Morty), players guide the fledgling through the dangers of the Gulf. As the pup eats, it grows in size, climbs up the food chain, and unlocks Evolutions that add offensive and defensive attributes and abilities.

Survival means going up against the Gulf’s assortment of aggressive predators, but the pup has a few moves up its sleeve that lend to a meticulous combat system requiring patience and timing. Strike back against alligators, great white sharks, sperm whales, and so much more to become the Deep South’s apex predator.

Tripwire Interactive CEO, John Gibson, spoke on the milestone achievement, stating, “The Tripwire team has been overwhelmed by the great reception Maneater received since it launched earlier this year, and we can’t wait for players to experience the thrill of playing as a deadly shark in all of her powerful glory on next-gen consoles.” “With next-gen, Maneater has never looked better with amazing ray-traced water and smooth 4k 60FPS gameplay, but the adventures won’t stop there, as fans can expect even more exciting news about the future of Maneater soon.”

Since the title’s release in May, there has been no mention of DLC. However, Gibson alludes to the possibility of new content coming after the next-gen console’s launch later this year.