How To Stream Xbox One Titles From An Android Phone

The new Xbox app (Beta) has been rewritten to feature Xbox remote play, formally known as Xbox Console Streaming (Preview), for all gamers. This means that you no longer need to be an Xbox Insider to have mobile access to the games you’ve installed on your console. The Xbox app (beta) is free and available for download right now.

“With Xbox remote play, you can connect to your console and have access to Xbox One games already downloaded to your console including Xbox Game Pass titles,” Xbox said. “You’ll be able to play on one device at a time so all your progress, achievements and saves stay up to date and synced whichever device you choose to play on.”

You can receive notifications for parties, chats, new friends and followers, ready to share captures, and more with the new Xbox app (Beta). These notifications will be reflected across all of your Xbox accounts once you clear them on any device.

With the new Xbox app (Beta) you can use the onscreen keyboard from your phone or tablet to send a quick message as well as setup or join an Xbox party on your phone. You can chat with Xbox One friends now regardless of the device they have. The same can be said for Xbox Series X|S owners on launch day this November. 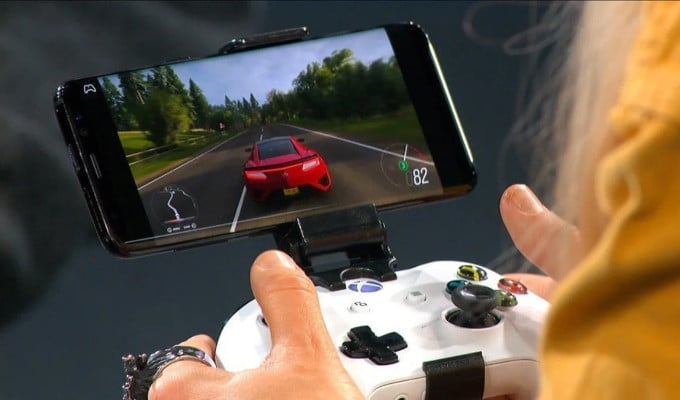 The new Xbox app (Beta) makes searching for games and people easier than ever.

This is what you’ll need to use Xbox remote play:

It might seem like a lot but I think it’s worth it for those who want to be able to play their Xbox titles on the go. Once you’ve gathered up all the necessities, we can move on to how to use the app itself.

To use Xbox remote play:

Unfortunately at this time, remote play excludes backwards compatible titles from the original Xbox and the Xbox 360. We can only assume that they’ll be made available sometime after the Xbox Series X|S arrive.