How To Earn Free Levels In Steam

Steam levels don’t always provide the most prestigious rewards. In fact, the rewards for Steam Levels are mostly cosmetic in nature and a higher level doesn’t provide any real advantages other than bragging rights. Regardless, if your aim is to customize your profile page to the best it can be, then leveling up is a must.

Customization options are almost nil for a newly created Steam Account. As you progress in levels, however, a whole list of new options open up. Incrementally you’ll be rewarded windows to showcase your achievements, an increase to the max amount of your friends list, and a few things that can change the background of your profile.

There are three primary ways in which to earn XP: Earning badges, Steam sales, and promotional events.

Earning Badges is the fastest way in which you will level up those Steam levels. When you perform certain actions and achievements in-game, you’ll be rewarded with Badges. If you happen to be short on cash and can’t afford to purchase a bunch of games just to collect a few badges remember that not all games on Steam have a price. Even free to play games offer the chance at badges.

A few of the different types of badges you can earn are:

Community Badges – Perform a few simple tasks on Steam and you can earn some of these badges. None of these tasks requires that you spend money and are usually something as simple as playing a game, adding a friend, or even posting screenshots.

Game Collector Badges – Collecting games will help you collect badges. As previously stated, not all games cost money. You could choose to collect a full library of 100% free games and still be able to collect these badges. Free games that you get either from events or giveaways count under the Game Collector Badge. The XP received will start low but the value will increase as you add games to your collection.

Years of Service badge – Every year you’ll receive this badge on the anniversary of the creation of your account. The amount of XP is 50 at the start but ramps up each year after. So, if for some reason you’re still on the fence about creating a Steam Account, you’re missing out on valuable XP.

Event Badges – The XP on these badges will vary based on what event Steam is having but the average is around 100XP per. The good thing is that Steam has a habit of holding numerous events for its community members, so you’re very likely to stumble upon one and earn you some badges.

The Steam Awards Badge – This badge has only recently arrived as early as 2016. Based around the Steam Awards,which are held annually, Steam will hold a community poll to determine the best games for different categories that came out for that year. These usually begin around the Fall sale with the winners being announced during the Winter sale. You don’t have to own the game that you wish to vote for so there’s no reason you shouldn’t vote and earn some XP. 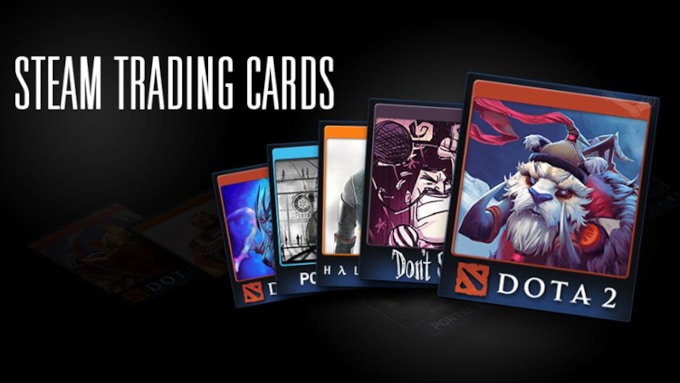 Steam Card Collection badges – Most games on the Steam Platform will drop Steam Trading Cards when earning in-game achievements. Collecting a full set of these cards will allow you to craft a badge for that game. You can see if a game will reward Steam cards by heading to its store page and scrolling down to see its stats.

The participation in Steam Sales is yet another quick way to level up. Purchasing games during a Steam Sale is a surefire way to increase your level, though, to gain some XP you wouldn’t have to spend a dime. Instead, all you have to do is participate in the free events that Steam usually holds during these sales and accumulate XP in that way.

Sales tend to occur every three months though the biggest sales happen in Summer and Winter, as well as during major holidays or events. The Black Friday sale is a great example of this, only lasting a day or two. The banner for the event will be displayed on the front page of Steam so you’ll know if any of these events is going on at the time.

Valve has purposefully tied customization to the Steam Levelling System to encourage participation within the community. Holding many events for its community of users to participate in not only promotes Steam as a whole but also allows its members to show off their love for the platform. This is reflected in a user’s profile, putting their effort and loyalty on display for all to see.