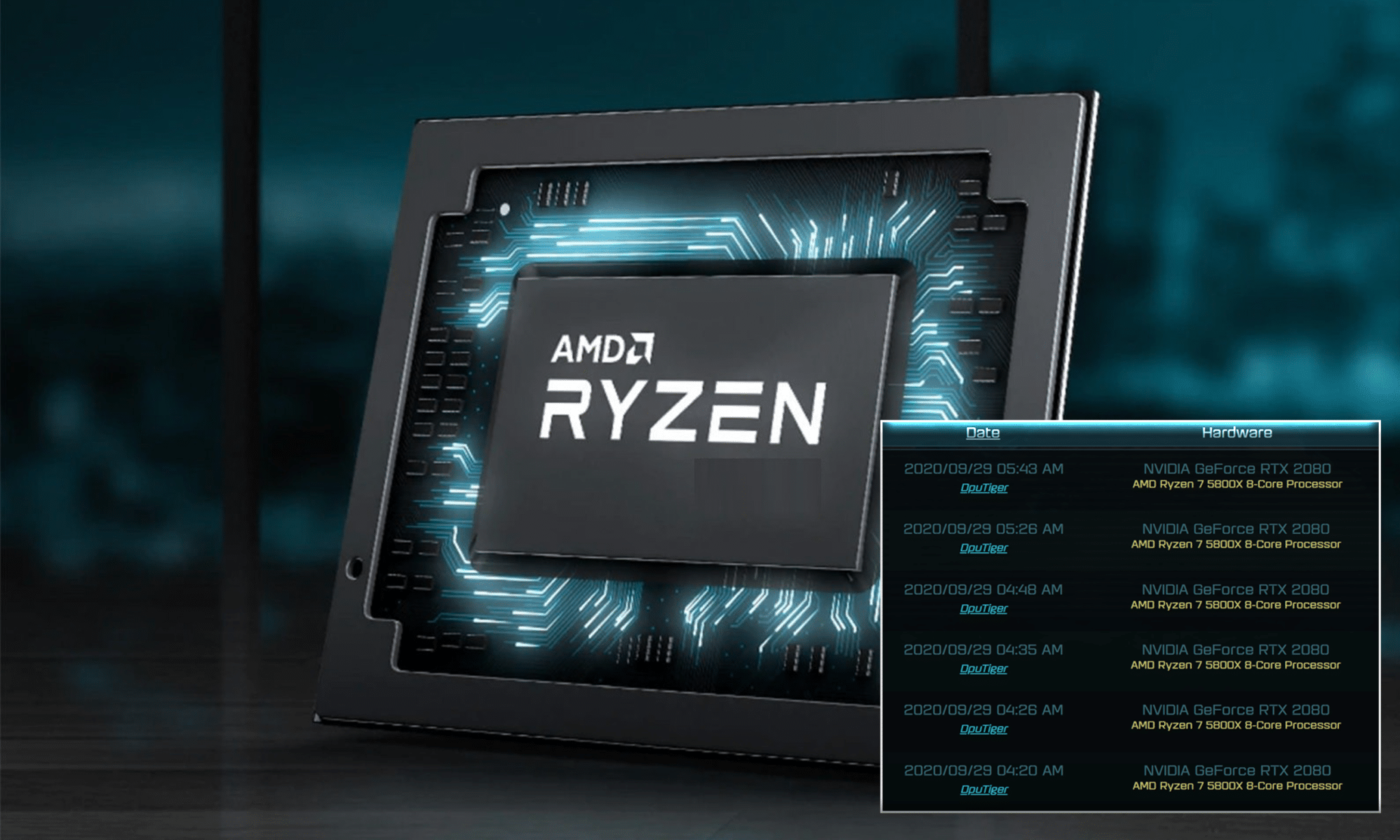 Earlier yesterday, reports of a new AMD 8-core processor, the Ryzen 7 5800X “Vermeer,” were plastered across the Internet. According to multiple outlets like Tom’s Hardware and Tech Radar, the Ashes of the Singularity’s benchmark database featured a mention of a new AMD processor. The tech outlets cautioned that Ashes of the Singularity isn’t always a reliable source and the listing may be a spoof, however, a recent search of the database shows the 5800X listing has been removed. Thus, the mystery behind the 5800X gets even more complicated.

AMD has made no statement regarding the listing, but the sudden appearance of the 5800X does line up with rumors of a new eight-core processor. It’s not uncommon for rumors to materialize, and the silence from AMD along with the disappearing listing may lend credibility to the idea that a true reveal is on the horizon. In fact, AMD has an event planned for Thursday, Oct. 8 at 12:00 PM ET. During the event, the company is expected to talk about “the next wave of Ryzen desktop processors.”

According to the removed benchmark on the Ashes of the Singularity official site, the processor may have a 16-thread configuration and 32 GB of memory, though little else was revealed about the Zen-3 unit. Twitter user @TUM_APISAK alleges to have ran a test against the Intel Core i9-10900K, running at a Crazy 4K preset. Based on the test, the Ryzen 7 5800X gave Intel’s i9 a run for its money.

Though the alleged Ryzen processor showed a lower frame rate, its CPU frame rate performed consistently better. While the difference could boil down to a different version of the NVIDIA GeForce RTX 2080 GPU used, there’s no way to tell unless the Zen-3 model is officially revealed and released.

While the Zen-3 processor is still steeped in ambiguity, the alleged leak may have confirmed that initial rumors of a 10-core processor are false. Whether AMD will release similar versions with more cores is yet to be seen, but will likely come to light during the virtual event in October.