Twitch’s recently released Soundtrack, is a new app that allows streamers to play music in the background of their live stream without rendering a copyright strike. This means that streamers on the platform can rest a bit easier now when it comes to DMCA issues regarding music not previously cleared. This includes more popular tracks from independent artists from around the world.

If music is copyrighted then a streamer doesn’t have rights to the songs. This is an issue when a streamer decides to play music when going live, saves a clip from the livestream, or if the VOD of that stream is left online. The music companies will swoop in and produce a DMCA claim to the music. This causes Twitch to comply with the claim and enforce a copyright strike on the streamer.

Since three strikes against your account means a permanent ban from Twitch, Soundtrack is intended to solve this issue. 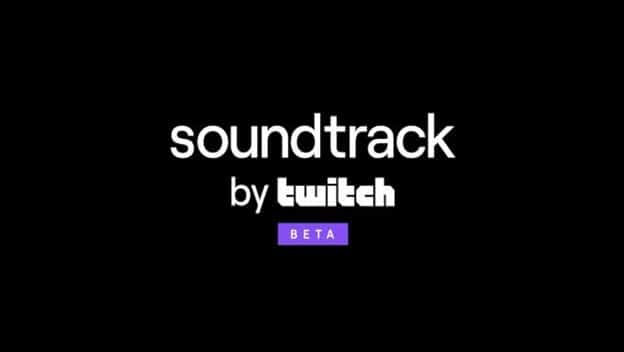 What Twitch’s Soundtrack actually does is super interesting. Soundtrack keeps audio sources separate and integrates with popular streaming software, which currently includes OBS, Streamlabs OBS, and Twitch Studio. This allows the content creator to strip their clips of any music not considered “rights-cleared.” The same thing can be said for Twitch when it comes to clearing the music from a streamer’s VODs.

This is great news from a viewer standpoint as expert streamers as well as Twitch have long suggested that background music is a great way to improve live broadcasts. While watching a streamer using Soundtrack, you’ll notice a widget at the bottom of the screen that shows the currently playing song. This widget will update live and also links to the artist’s Spotify page and, if they have one, their Twitch channel also.

This is exciting news for independent artists as it provides them with an even wider audience on a separate platform. Twitch is starting out with a limited group of labels and distribution platforms which includes favored indie stars like Dim Mak, alongside larger players SoundCloud and DistroKid.

“Soundtrack’s vast library of songs from fresh, independent artists are all cleared for worldwide listening during your live streams,” said Twitch. “The Soundtrack library has a diverse set of artists and genres to stream with. Artists include: Above & Beyond, mxmtoon, Porter Robinson, RAC, SwuM, and many more.”

Twitch will also curate playlists for specific moods, which grants an even bigger audience to those artists on the playlists that may now have more eyes, and ears, on their music. This is huge, especially for those artists who may not yet be major stars in their own right. Even more true considering how music tends to be used as an accompanied sound on Twitch. So any song playing during an intense action-packed moment of Call of Duty that really gets the heart pumping or something more mellow during a chill stream may produce a sound bed effect.

It’ll be interesting to watch the app’s popularity unfold on Twitch as time goes by. It seems like it was made specifically for streamer use but still manages to benefit independent artists interested in participating. Those who are interested, can find more information on Soundtrack’s help page as Twitch is looking to expand its music library.

Soundtrack is only currently available in a limited beta phase with more creators to get their hands on it in the coming weeks. Any creator interested in trying it out early will need to add their names to a waiting list and will receive an invitation via email once their name is pulled.