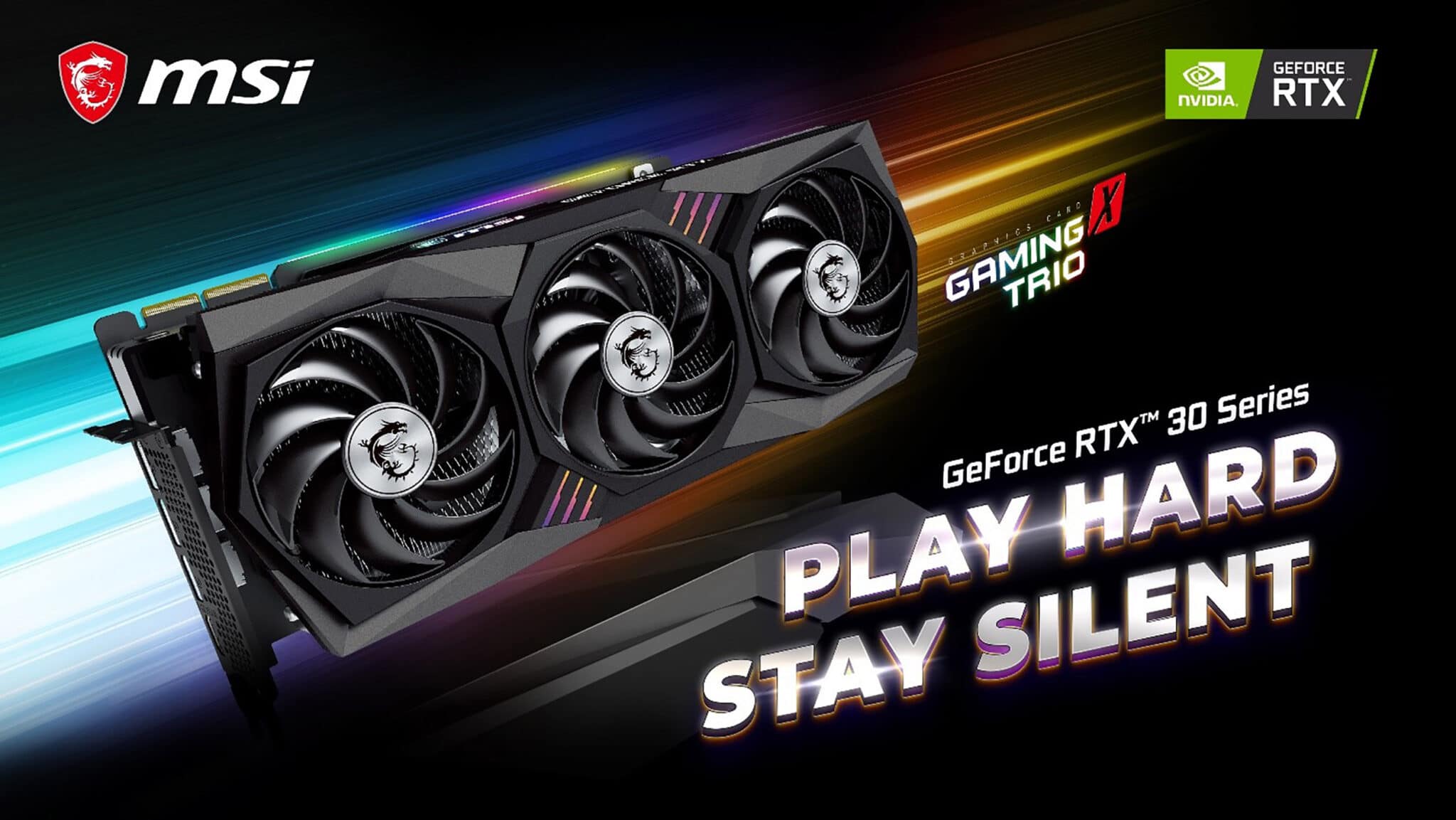 PC Gamer’s hardware enthusiast Chris Szewczyk recently got his hands on the MSI RTX 3080 and did what he does best – benchmarked it and put it up against the previously released 3080 Founders Edition and 2080 Ti Founders Edition. While it was an expected step above the 2080, MSI’s build also came out ahead of Nvidia’s own 3080 release.

Szewczyk kicks his review off on a high note, stating the “MSI GeForce RTX 3080 Gaming X Trio 10G is every bit a premium tier card thanks to its customer PCB design and particularly its highly regarded TriFrozr cooler.” For a company known for mastering cooling implements, it’s no surprise that MSI’s card would carry on this legacy.

According to the PC Gamer review, the Gaming X Trio features:

To show how the 10GB card stood up to similar hardware, Szewczyk ran benchmarks using Shadow of the Tomb Raider, Metro Exodus, F1 2020, and Civilization VI. Each game taxed the GPU at different rates, with the stunning world of Metro rendered in 1440p dropping the average FPS to 109 on the MSI. The Gigabyte RTX 3080 Gaming OC just barely snuck ahead of the MSI with an average of 110, but it was the Nvidia Founders Edition that fell behind at 106 FPS. Comparable results were seen on a 4K, Ultra Preset test. In all instances, the Founders Edition noticeably came up shorter.

Where the MSI card faulters is common among graphics cards. According to Szewczyk’s review, the MSI is a bit too powerful for its own good. During the benchmark, the card ran at a power output of 340W. The Founder Edition, on the other hand, uses around 320W.

The review confirms that the Gaming X Trio’s shining feature is its TriFrozr cooler. The cooling unit was a primary component of the RTX 2070 TRI FROZR and has continued to prove itself as a high-end cooler capable of taming the power of MSI’s card.

Priced at around $750 to $799 depending on the retailer, the MSI GeForce RTX 3080 may be one of the costlier 3080s, but it’s a worthwhile cost for a quieter and faster experience.