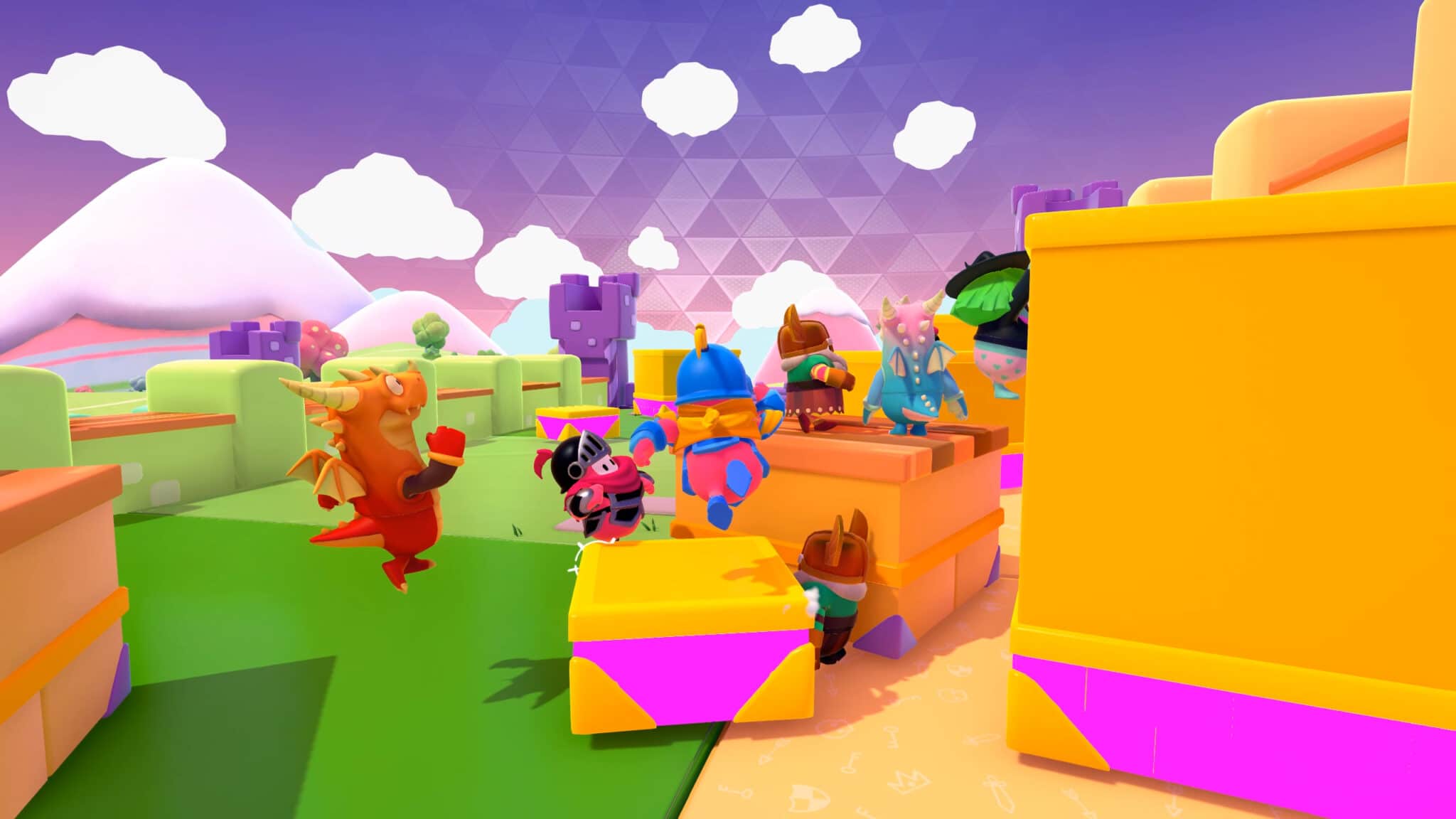 Season 2 Of Fall Guys Will Be Knight Themed

Fall Guys, everyone’s favorite game show style battle royale game, is looking to get medieval in its sophomore season. IGN was given an exclusive first look into the new Knight Fever level, which looks packed to the gills with medieval-themed obstacles for your bean to overcome.

Each section looks to provide a plethora of contraptions and obstacles that aim to prevent players from qualifying to the next round. Spinning spike-covered logs, automated drawbridges, spinning blades, and slides covered in slime are just a taste of what players can expect.

The Fall Guys season 2 update promises to “bring the dragon fire with feudal fortresses, knockout knights, and pugilistic paladins”, not only in the gameplay but the cosmetics as well. Speaking of cosmetics, Mediatonic revealed that you’ll be able to randomize your costume in season 2.

You’ll be able to shake up your bean’s look by giving it a fashion makeover with the new feature. Random face, feet, and head combinations will provide your bean with a unique look prior to jumping into a match. The new season will even add some medieval fantasy thematic customization options with tons of great new costumes that will make this randomizer feature even more fun.

This new feature was actually a request submitted on the Fall Guys Discord, which is where you can vote on community suggestions that could make it in game. The randomize costume suggestion started picking up steam and got a coveted spot on the “most-suggested-things” thread on the Discord. This caught the Fall Guys devs eyes’ and they were quick to jump on the idea making it an official addition to Season 2.

Yet another thing added to season 2 will be the ability to give your bean nameplates and titles. This new feature will be included under an “Interface” tab in the customiser menu once the update goes live on Thursday, October 8.