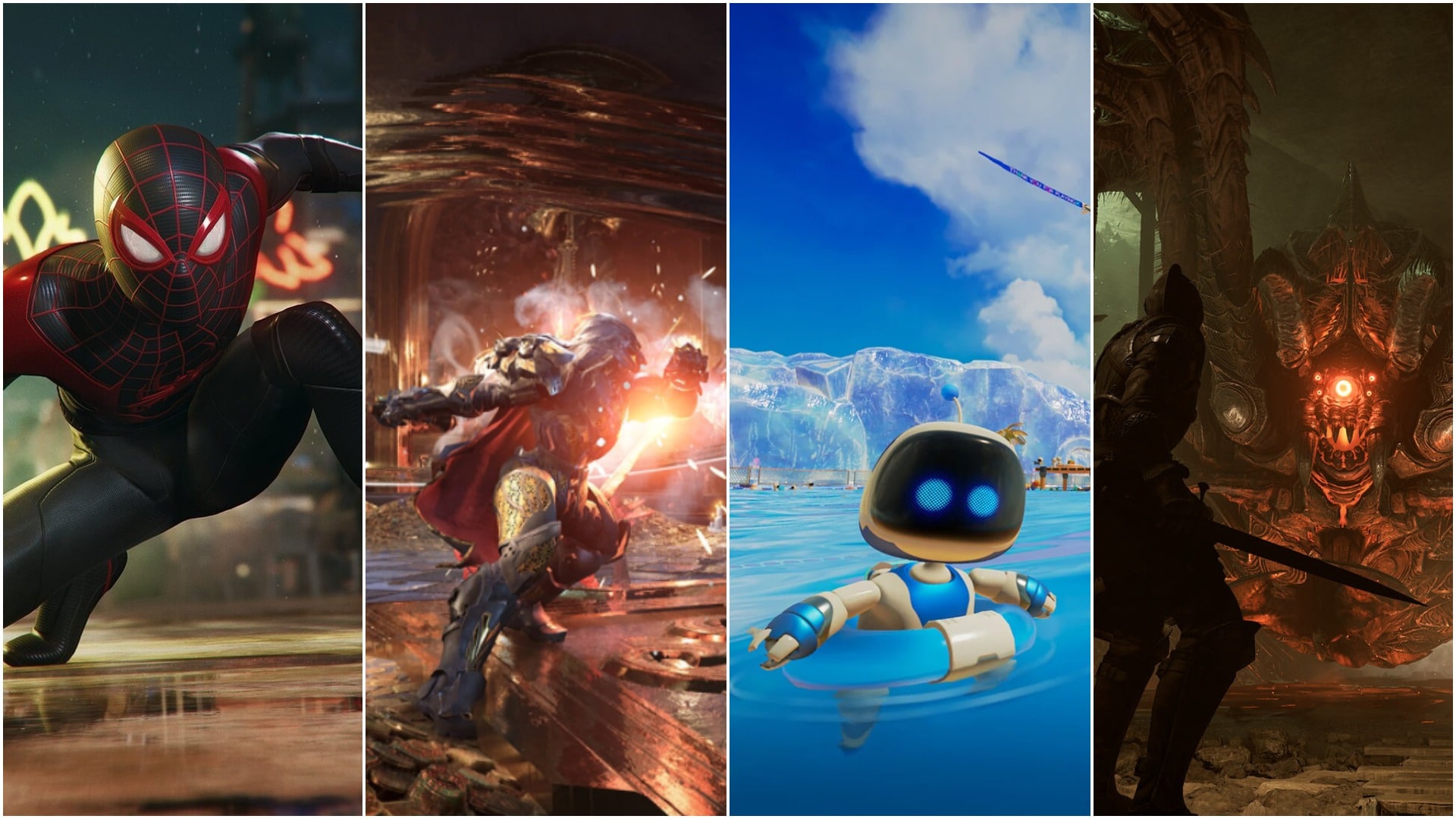 Confirmed Day One Launch Titles For The PlayStation 5

Though the PS5 will have less games at launch than its competition, the Xbox Series X|S, there are still plenty of reasons to get excited. The PS5 reveal event drummed up plenty of hype surrounding the games fans could look forward to post-launch like God of War: Ragnarok and Horizon Forbidden West.

Unfortunately, a lot of the more exciting titles won’t see a release until 2021 and beyond. Don’t let the disappointment seep in just yet, as those lucky enough to snag a preorder for Sony’s newest console will still have plenty to look forward to on day one.

Spider-Man: Miles Morales started out as a DLC for 2018’s Spider-Man. But as luck would have it, the developers have decided to make it a full-blown spinoff title. Similar to Uncharted: Lost Legacy which was an expansion for Uncharted 4, Spider-Man: Mile Morales is expected to have the same treatment. The game will be launching on day one for both PS5 and PS4.

Godfall is a new IP set in a fantasy world. It’s being developed by Counterplay Games and published by Borderlands series creators, Gearbox. Godfall is an action RPG, co-op looter-shooter type, that puts you in control of one of the last members of the elite Knights Order. Players will don different suits of armor called Valorplates, that will imbue them with special abilities. This game will only be available for PS5 and PC at launch.

LittleBigPlanet’s tiny hero will be getting his own 3D platformer, Sackboy: A Big Adventure. The game serves as a spinoff to LittleBigPlanet and will feature 4-player co-op. It’s being developed by Sumo Digital, the team behind LittleBigPlanet 3 and Forza Horizon 2.

Astro’s Playroom is a cutesy platformer that comes loaded onto every PS5 console. It’s essentially a tech demo that’ll show you what the PlayStation 5 hardware — both the console itself, as well as the DualSense controller — is capable of. But “tech demo” may be underselling it, as its predecessor, Astro Bot Rescue Mission, is highly regarded.

Brought to you by the same developers who brought us Octodad: Dadliest Catch, Bugsnax looks to be just a quirky. In it, you play an investigative reporter who is invited to the mysterious Snaktooth Island by Elizabert Megafig. Once you arrive you quickly realize your host is nowhere to be found. It’ll be up to you to discover what happened to Elizabert and uncover the mysteries of the island and its half-bug, half-snack inhabitants.

If you’ve been hankering for a little vehicular mayhem, this exclusive, from Lucid Games, is an automotive arena combat game. Smash, crash, and dismantle your opponents to the pleasure of millions watching. Destruction AllStars looks to scratch the itch of Twisted Metal fans and make some new ones of its own.

The next addition to the Assassin’s Creed series by Ubisoft takes you to 873AD, when the Vikings begin expanding into England and Europe. Assassin’s Creed: Valhalla will be launching on Nov. 10 to PS4, Xbox One, and PC, with the PlayStation 5 version coming on day one of release two days later.

Additional games underneath the day one banner are mostly revamps, remakes, or expansions to already playable titles. Most of them are free upgrades but some do carry a price tag usually in the $10 ballpark.

NBA 2K21 is already playable on current-generation consoles, but makes the jump to the PS5 on Nov. 12. This happens to be one of the titles that will run you an additional $10 for the privilege of playing it on the PS5 and Xbox Series X. One way around this was by purchasing the $99 NBA2K21 Mamba Forever Edition that featured the late, great Kobe Bryant on the cover, which provided a free next-gen upgrade.

The 2009 precursor to Demon’s Souls will be getting a nice overhaul for next-gen play and will be exclusively for the PlayStation 5. This version will see more than just a graphics jump as it’s also been revealed that new items will be making their way into the game as well via a Deluxe Edition.

Available digitally on day one, the Devil May Cry V Special Edition will be adding a bunch of technical improvements to an already stellar game. These improvements include ray-tracing and the ability to play it at up to 120 frames-per-second. Another sweet addition will be the opportunity to play as Virgil, lead-character Dante’s sinister brother. Seems like a pretty sweet upgrade all around.

Fortnite fans will be happy to get a more optimized version of the hit game coming to both the PS5 and the Xbox Series X. Epic Games states that it will also be migrating from Unreal Engine 4, the architecture it’s currently built on, to Unreal Engine 5 sometime next year. This will no doubt bring many more changes and improvements to the build ‘em up shooter that has garnered so much popularity.

For those who already own Destiny 2 on PS4, the upgrade to PS5 will be completely free. On an even better note, Destiny 2’s newest expansion, Beyond Light, will be available on launch day. Bungie claims that this expansion will mark a new era for the franchise so fans of the game will not want to miss out.

Not technically a day one title, Call of Duty Black Ops: Cold War hits the PlayStation 5 the following day on Nov. 13. The game will also launch for PS4, Xbox One, Xbox Series X and PC that very same day.

Other games, such as Ratchet and Clank: Rift Apart and Watch Dogs Legion, will not be PS5 day one releases but will still be released during the PS5’s “launch window.” The release date of the latter is currently slated for November 24, while the former has yet to be officially announced.