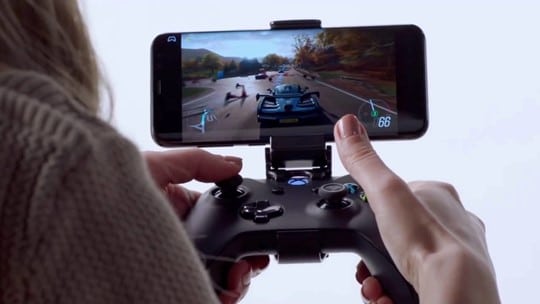 Xbox Remote Play Is (Kind of) On iOS

Xbox Remote Play has finally made its way to iOS devices, and while it’s certainly a big step in the right direction for the platform, game streaming like this has a long way to go before everyone is using it.

My first impression was nothing but excitement. Being able to play titles like Call of Duty: Modern Warfare, Destiny 2, and Divinity: Original Sin 2 from anywhere is exactly what I (and I think many others) have been waiting for. In practice, Xbox Remote Play on Apple devices is complicated and not necessarily worth the trouble.

Downloading the app and linking it to your Microsoft account is painless, or at least it was in my experience. The difficult part is accessing the correct console. The Xbox app auto-selects your home console, which probably won’t be a problem for most people. But if you’re like me and are game-sharing with friends, it will select their console. The problem here is that Remote Play on Apple devices only works on the same WiFi network, so you’ll keep getting error messages.

For me, finding the correct console was as easy as selecting the Library tab and scrolling through until I could find which one of the four consoles tied to my account was the right one. Selecting remote play brings up a loading screen of a green rocketship, and eventually my console home screen after two failed attempts and a successful third.

Playing games is easy, and the app does a perfect job of streaming my console home screen without any noticeable amounts of lag as long as my Internet was holding strong.

Gameplay is where the app starts to fall apart more than a little, especially in multiplayer games like Modern Warfare. I loaded the game in about the same amount of time it takes on console, which makes sense since it’s streaming the game straight off my console onto my iPhone 8. The menus were all crisp and offered little to no noticeable lag, but gameplay was horrendous.

For transparency, I wasn’t the only person using the WiFi at the time, although my partner’s laptop was in sleep mode but still connected. The app displays a signal strength whenever the signal starts to dip, but for me it was a constant addition to the screen.

The one match I could play was relatively smooth, but the input lag was incredibly noticeable here and I finished the match without even firing a shot, often dying to enemies that weren’t even rendered on my phone’s screen.

Textures were bad as well, although I don’t know if that’s due to my phone or the bad connection speed bleeding textures to the point that everything looked more like a watercolor painting than a modern video game.

After I finished that game (and tanked my K/D a little more in the process) I tried switching to Watch Dogs 2 to see if the issues I was seeing were limited to multiplayer games or if it was an issue across the board. This is where I ran into one of the only issues I have with the app and the way controls are being handled.

The Xbox button on my controller didn’t do anything. I ended up closing and reopening the app and reconnecting to my console, but found myself still sitting at the Modern Warfare title screen. Disconnecting the app doesn’t close out the game running, or turn off your console, which can be good in some circumstances. Tapping my phone’s screen, I saw a digital Xbox button, which pulled me to the home screen.

Opening Watch Dogs 2 was about the same speed, so the good news here is that there won’t be any noticeable increases to loading times from playing on your TV or monitor. If your load times are normally on the longer end, you won’t see them stretched even more, and faster load times are still pretty fast.

I haven’t played Watch Dogs 2 in well over a year, so my experience here may not be fully the truth in terms of input lag, but I didn’t really notice any while running and vaulting my way through San Francisco, and even driving at full speed didn’t cause any noticeable increases.

I don’t know how the game’s combat will stack up, but I can say that the texture smearing I was seeing in Modern Warfare made their return here as well. My WiFi was still dipping quite frequently, so it’s entirely possible that a stable, strong Internet connection won’t have that problem.

All in all, I can’t say I’m too impressed with Xbox’s Remote Play, at least as it stands right now on Apple devices. I know Microsoft is coming up against Apple’s ridiculous demands with the app, but Remote Play right now is too restrictive to be worth using.

That doesn’t sound like a bad thing, and for most single-player games I could see Remote Play being a way to play while someone else is using the TV; the problem is that multiplayer games require such large amounts of bandwidth that I can’t see the average person getting much use out of it for games like Apex Legends or Fortnite.

With the right Internet speeds and no one else actively using the WiFi for anything (which I think we can all agree is impractical at best and impossible at worst, especially in the age of the coronavirus pandemic) this could be a way to play your favorite Xbox titles from your bed instead of your couch or office chair on a much smaller screen, but as it stands right now I can’t see anyone getting much use out of Remote Play on iOS.