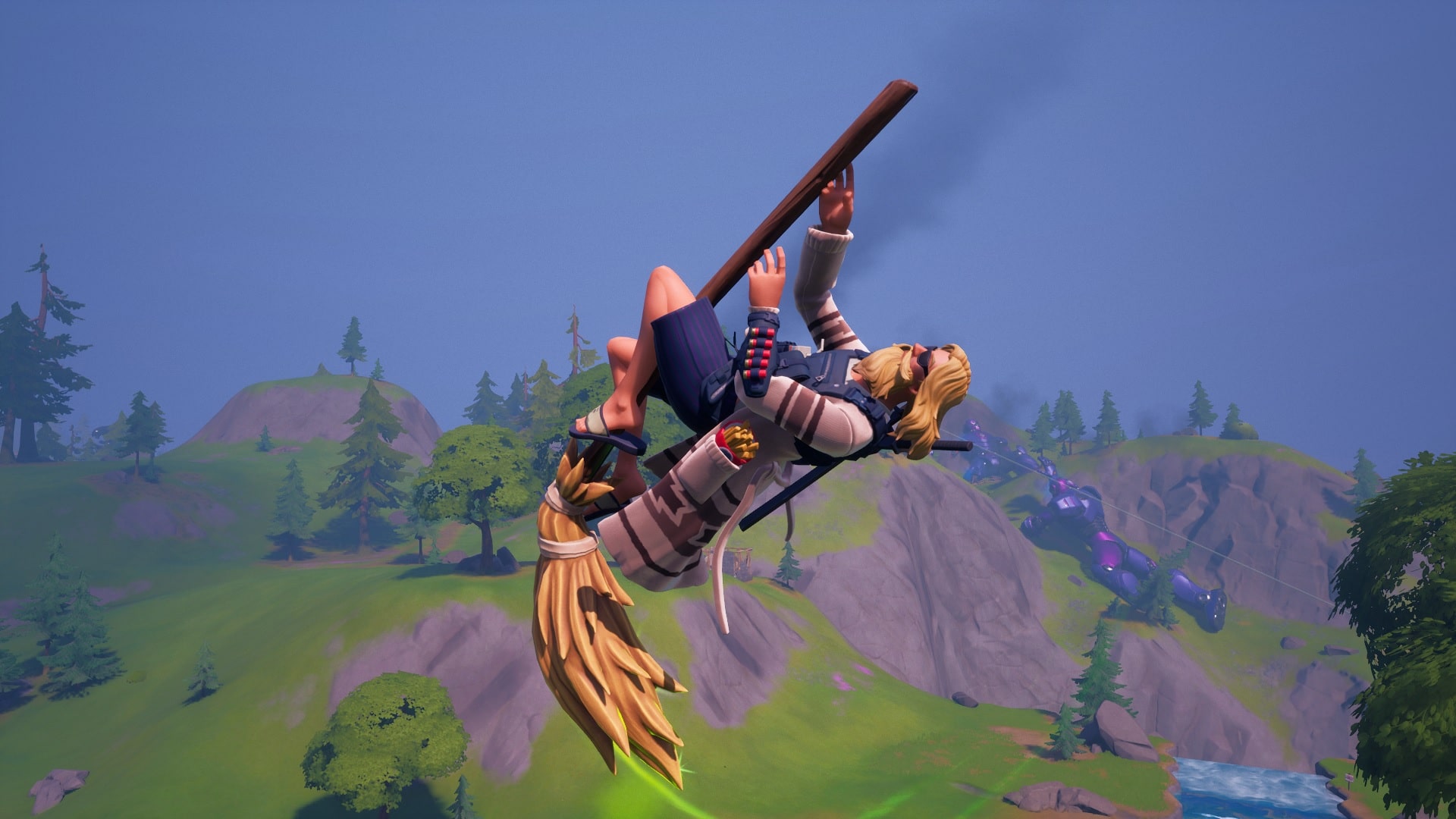 There’s something spooky brewing in Fortnite! The Fortnitemares challenges are a limited-time Halloween add-on to provide players with some devilish entertainment during an otherwise subdued season of frights. By completing these ghastly challenges, players unlock XP and cosmetic goodies and a chance to step away from the battle for a moment.

Among the earlier Fortnitemares challenges tasked players with flying on a witch broom for 100 meters. The trick? Witch brooms are in short supply, and you’ll have to race other players to them. To help give you a leg up against the competition and score that Halloween loot, we’ve broken down the seven locations of the rideable item. 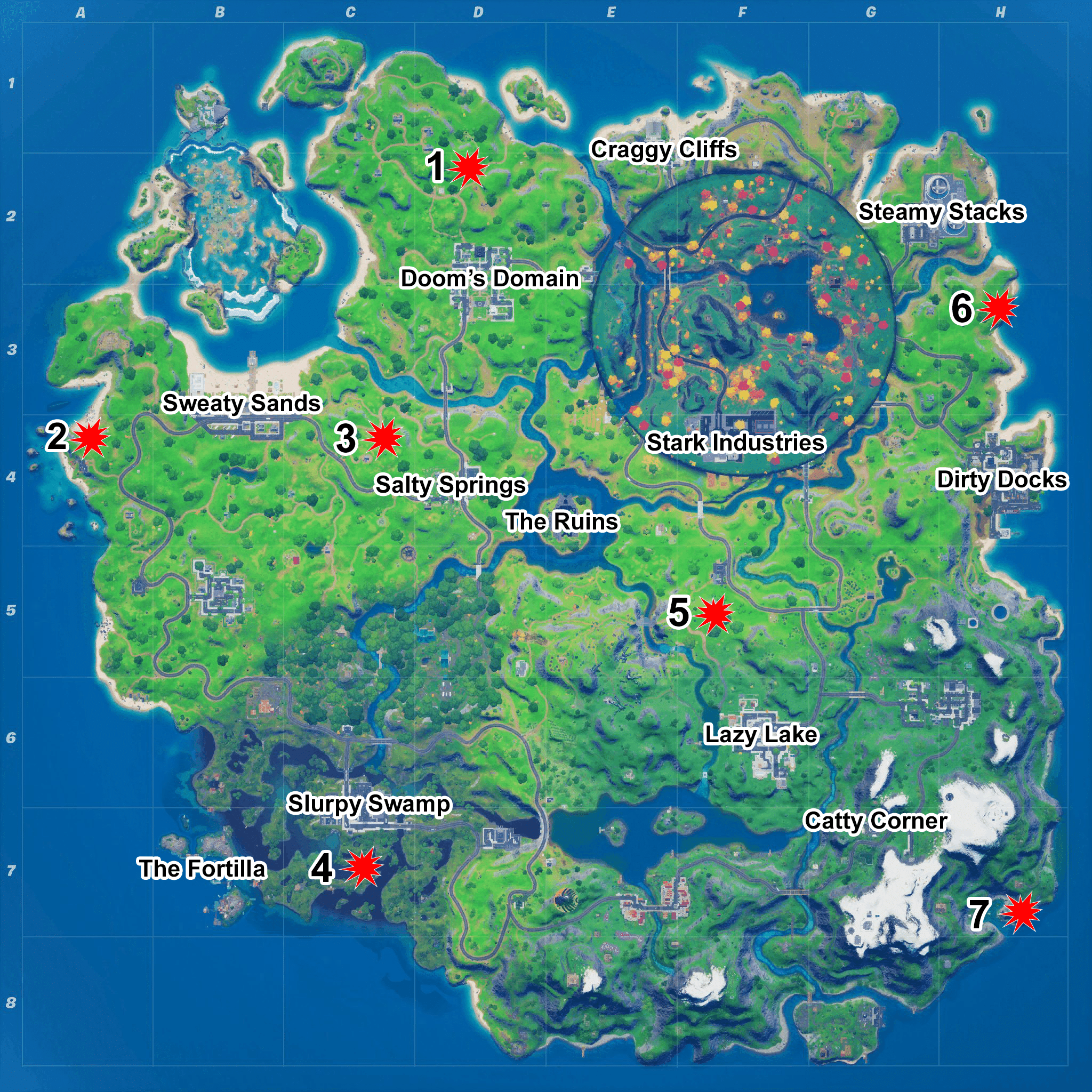 The map above, provided by Epic Games, gives a general area of where you’ll find the witch shacks that brooms are located in. The small, dilapidated structures are pretty easy to spot once they’re in your line of view, their themed decorations and nearby crooked trees standing out against the ample greenery of the Fortnite map.

Here are the seven locations of the witch’s shacks and their hidden brooms, which are tucked away in barrels (much like fishing rods).

Know where Doom’s Domain is? Just northwest of Stark Industries? Well, start at that location and head north a spell. You can also come from Craggy Cliffs and trek west. The shack and broom are located near Homely Hills.

For this broom, head west of Sweaty Sands until you’re near the beach, then make a sharp turn south. The shack will be near Fancy View, a short ways off from the road.

If you find yourself at Salty Springs or at Sweaty Sands, there’s a broom that sits between them. Just northwest of the springs (or southeast of Sands), a shack will be waiting with your high-flying prize.

Put on your swamp boots because this broom is deep in the marshes. Travel south of Slurpy Swamp (or east from The Fortilla) to find a shack overlooking the beauty of the sludge.

Grab some gas, grub, and a broom at the Gas n’ Grub station northwest of Lazy Lake (southeast of The Ruins). The shack and barrel of brooms are not far from the rest stop.

From Steamy Stacks, head southeast to a region of greenery that overlooks the beach. The shack is also north of Dirty Docks.

Tucked in the southeastern tip of the map, southeast of Catty Corner and close to Shipwreck Cove, the final witch’s broom awaits.

With a broom in your inventory, you’ll be able to trigger the launch and speed across the map. Just travel for 100 meters in total and you’ll complete this Fortnitemares challenge.