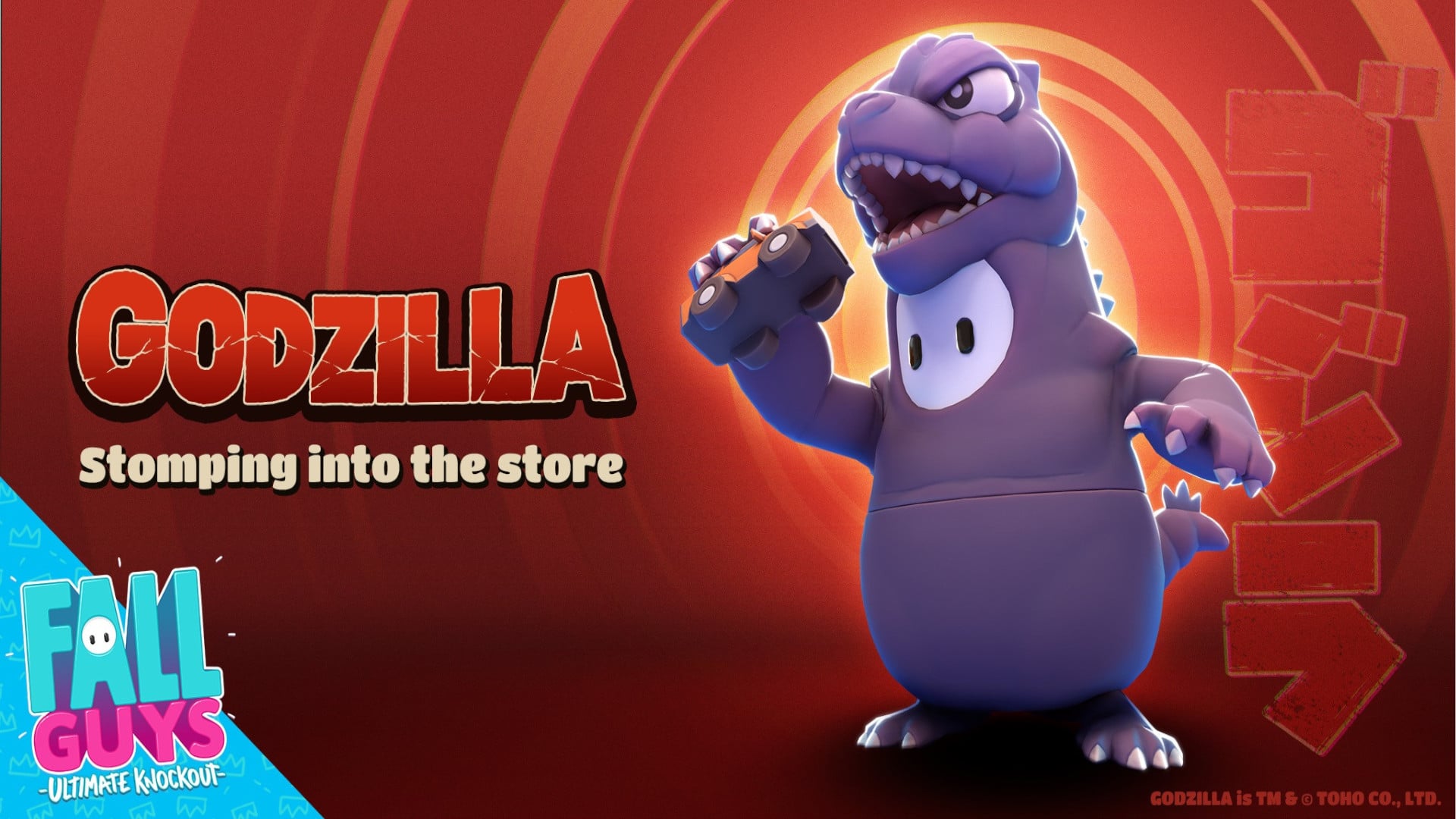 Mediatonic has announced that the kaiju, Godzilla, will be the newest skin to enter Fall Guys in season 2. The “King of Monsters” is set to make his Fall Guys cosmetic debut on the third of November, which is less than a week away.

The special jelly bean version of Japan’s most famous giant lizard will only be available through the in-game store for Fall Guys players. Like all the other high-profile skins that have come to Fall Guys– most recently Sonic the Hedgehog— Godzilla’s skin will run players a total of 10 crowns. Five crowns for the top half and five for the bottom respectively. 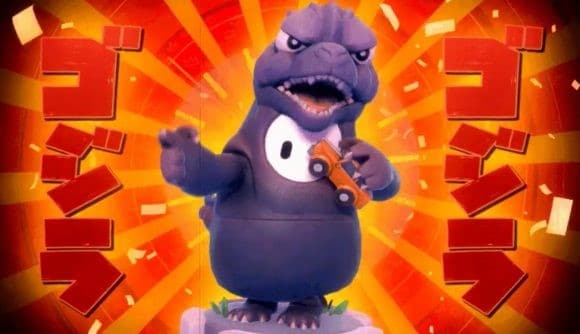 News of the crossover falls inline with the recently announced G-fest, short for Godzilla Festival, in Japan. The festival brings together Godzilla fans from all over the world and will find itself in Chicago 2021 for G-fest XVIII. Last year’s festival marked the 65th anniversary of Godzilla’s original movie release back in Japan 1954.

Godzilla’s jelly bean visage is far more adorable than the Sonic skin, to be sure. It can even be seen holding a small car in its four-fingered grip. Aside from Sonic, Fall Guys has had other crossover events like that of indie darlings My Friend Pedro and Gris as well as Gordon Freeman and Scout from Team Fortress 2.

Fall Guys has been a smash hit ever since it went live as a limited-time free purchase on PlayStation for PlayStation Plus subscribers. SInce then it has garnered plenty of brands’ pitches for a themed skin including KFC, Chuck E. Cheese, and Konami. There has even been a charity bidding war event that will now see G2 Esports, Tyler “Ninja” Blevins, Jimmy “Mr. Beast” Donaldson, and Aim Lab, as their own skins added to the game.

For now, we get the Godzilla skin, where you’ll want to channel your own inner monster in order to take down opposing players and claim victory as “King of the Beans”. The skin will be available on Nov. 3 and you can earn the crowns to purchase it by winning games or leveling up via the season pass.