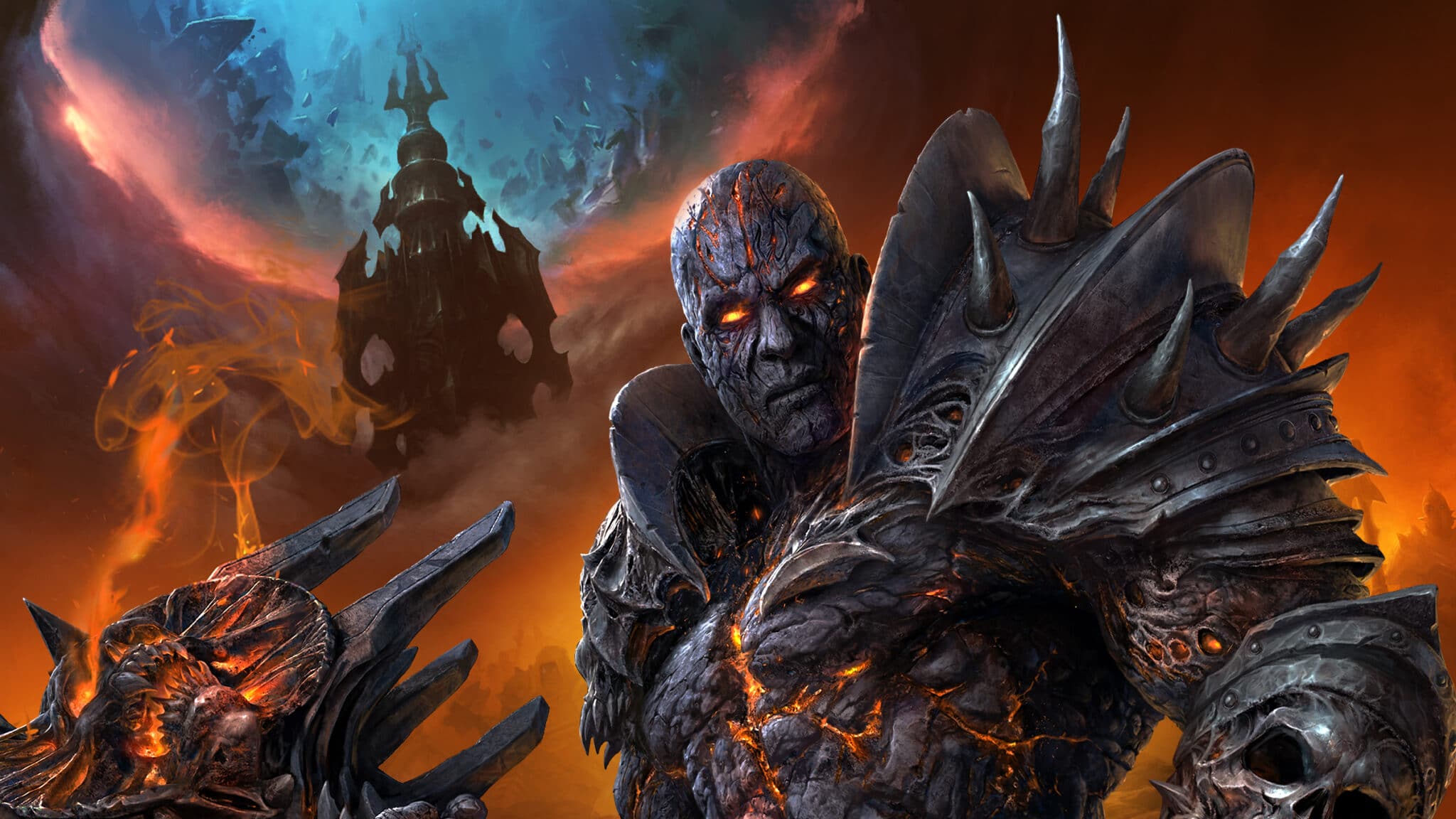 It looks like Blizzard has planned a Thanksgiving in Azeroth for all of us as World of Warcraft’s Shadowlands expansion has been given a release date of Nov. 23. Shadowlands will take players into the realms of the dead where they’ll need to form alliances with covenants in order to figure out why the machinery of souls is broken.

The original release date set for Shadowlands just passed us this week on the 26th of October. COVID could be blamed for low productivity preventing workers from making meaningful gains during the beta, but that wouldn’t be completely accurate.

The reason for the initial delay had very much to do with the convoluted systems Blizzard has decided to put in place as WoW’s newest borrowed power options. That, and the ongoing rollercoaster with class balancing, had fans worried that Shadowlands was heading for disaster.

The World of Warcraft team has taken the time since the delay to thank the WoW community, especially those who participated in the alpha and beta for the expansion. Blizzard has worked diligently on attacking primary points of contention with the use of broad strokes in terms of “nerfs and buffs” to everything in sight. Much to the dismay of players who’ve watched their favorite classes rise, fall, and everything in between. 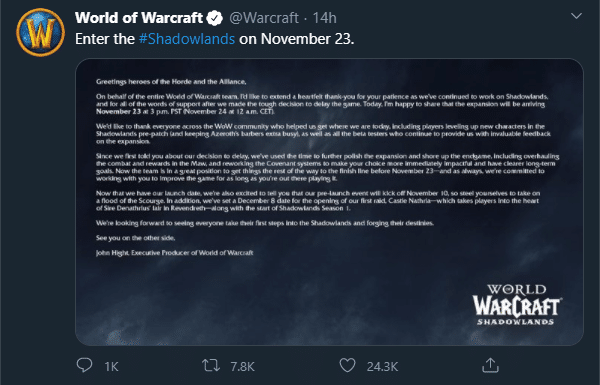 According to Blizzard’s formal announcement on Twitter, they state that the extra time has been used “to further polish the expansion and shore up the endgame, including overhauling the combat and rewards in the Maw, and reworking the Covenant systems to make your choice more immediately helpful and have clearer long-term goals.”

In order to provide some semblance of content, WoW developers released the Shadowlands pre-patch back on Oct. 13. This gave players the opportunity to re-customize their characters with new cosmetic options, a new leveling experience in the form of Chromie Time, and to once again figure out class and spec rotations thanks to the “un-pruning” and loss of corruption on gear.

Scourge Invasions, the pre-launch event for Shadowlands, is set to go live on Nov. 10. Players will get approximately two weeks in which to fight off undead in Icecrown for catch-up gear if not yet properly prepared for Shadowlands content. The Scourge Invasion should also provide context on story plot leading into the expansion.

Once the game officially launches, players can expect the first raid, Castle Nathria, to open its gates on Dec. 8. As with expansions past, the Mythic World First race will begin one week later on Dec. 15. It’s sure to be a hotly contested race with guilds all across the globe vying for the top spot.

Will this new release date give developers enough time to right the ship and avoid major fan backlash? I guess we’ll find out on Nov 23, at 3pm PST/Nov. 24 at 12am CET.