Microtransactions Have Been Good To Activision-Blizzard’s 3rd Quarter

Microtransactions –if you can even call them that anymore as there’s nothing “micro” about them– continue to be a point of contention for a large portion of the gaming community player base. Unfortunately for them, it’s only becoming more lucrative for AAA gaming companies.

One such company, Activision-Blizzard, has reported new financial numbers for the July-September period, raking in over $1.2 billion from microtransactions alone. This has been a tremendous quarter for the gaming publisher and it doesn’t look to be slowing down anytime soon.

Haters of microtransactions are losing out to their fellow gamers who seem perfectly okay with dropping a few bucks on cosmetics and “pay-to-win” features. This is becoming ever more apparent to gaming publishers like Activision-Blizzard as these microtransactions have become big business for them. Their latest reporting period shows a total of $1.95 billion made in revenue from all of its business combined. This means that the $1.2 billion from microtransactions is more than half of the company’s total revenue for the quarter.

Activision’s Call of Duty franchise continues to see growth, which was always expected seeing far more players playing Call of Duty than all of last year. Call of Duty players, both Modern Warfare and Warzone, are what make up most of the microtransaction revenue. Accumulating for more than four times higher in sales than last year at the same period. Modern Warfare’s first-year sales were also the highest ever in Call of Duty history, with digital purchases coming in at over two-thirds of total sales.

After this year, and billions of dollars later, I fear that Activision-Blizzard is only beginning to ramp things up in microtransactions. We’ve already seen it building over the years in Blizzard’s flagship MMORPG, World of Warcraft. Even more so in recent times with unique items being tied to 6-month subscription purchases, the newest of those is the shop’s first transmog cosmetic being added.

This disgusting habit of providing totally unique items and advancements for cash outside of just playing the game is headed towards its golden years. Unfortunately, too many players find no issue with these predatory tactics –as can be seen by its rapid growth, and Activision-Blizzard is seemingly more than happy to keep the party going. 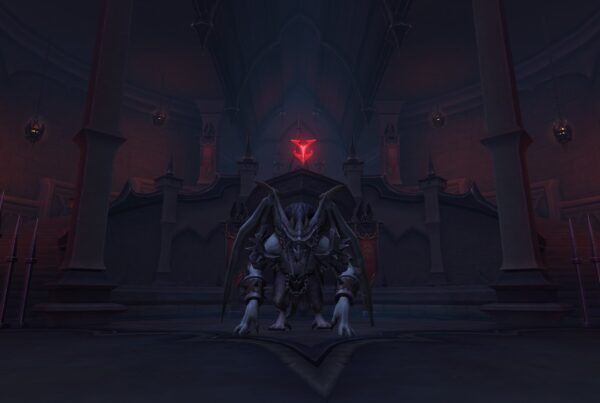