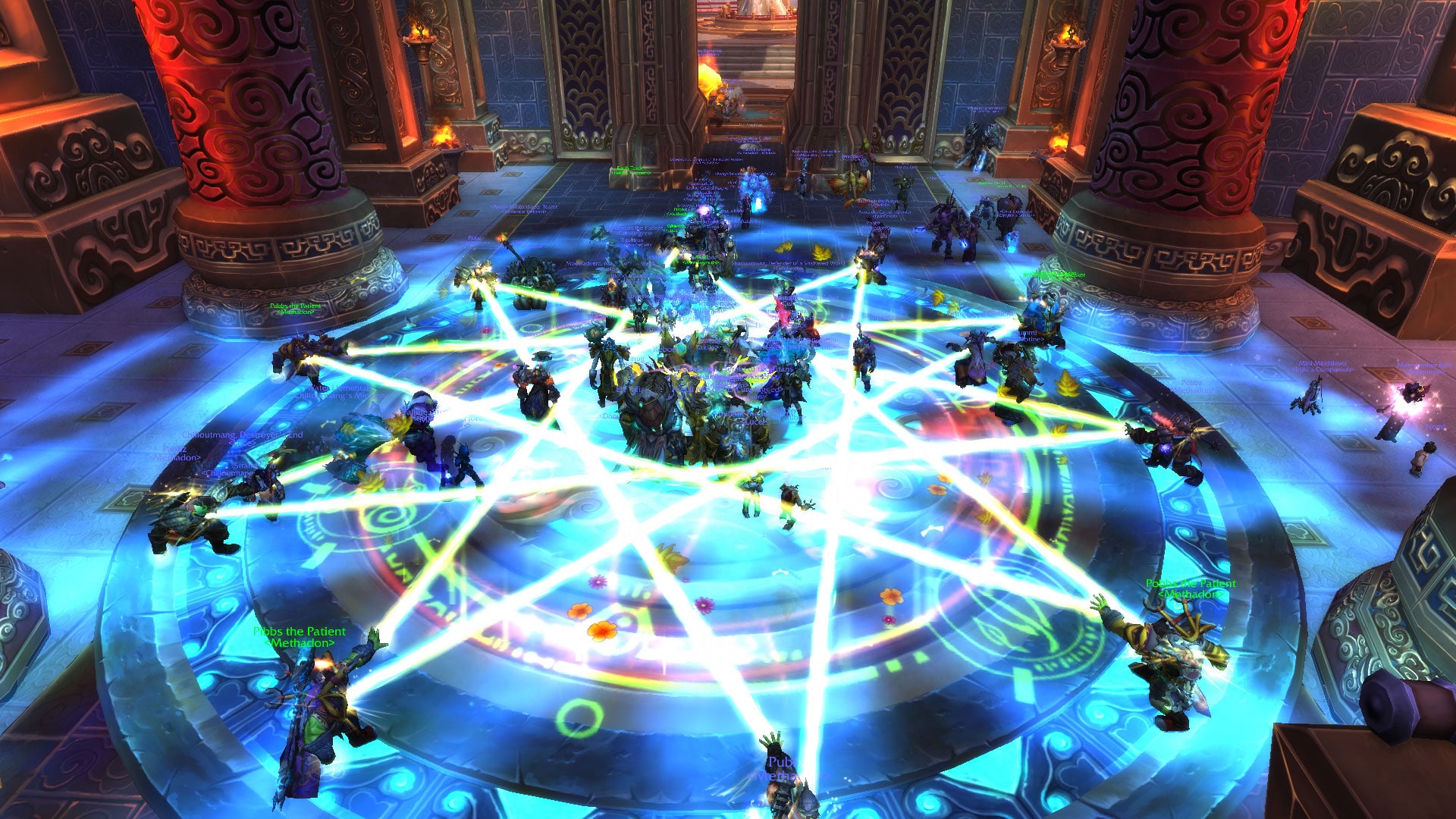 Blizzard Has Provided An Answer To Multiboxing In World of Warcraft

Multiboxing has been a problem in World of Warcraft for quite some time. It is even more evident how much it affects players of World of Warcraft Classic. The plan to address multiboxing, which is essentially input broadcasting software that allows for key mirroring, has been shared by Blizzard.

Blizzard plans to update policies to prevent and/or punish those users who utilize the multiboxing tactic. The tactic in question has afforded players in World of Warcraft, the ability to farm items on multiple accounts at the same time, destroy players in player versus player (PvP) scenarios using only one button, or the completion of more difficult quests that often require more than one player.

The practice commonly known as “multiboxing” is created by players using input broadcasting software that allows them to press a single key and have it repeated across multiple clients in-game. This hasn’t been much of an issue in retail World of Warcraft as multiboxing really isn’t much of a detriment to players. Classic, on the other hand, is different. Class balance is more skewed, items are far more rare, and the difficulty of quests tend to make the game outside of the inherent social interaction and community feel it has been known for.

Blizzard explained in an online post that, “As World of Warcraft has evolved, our policies have also evolved to support the health of the game and the needs of the players.” They continue with, “The use of input broadcasting software that mirrors keystrokes to multiple WoW game clients will soon be considered an actionable offense. We believe this policy is in the best interests of the game and the community.”

This is great news for any WoW Classic players who have encountered a multiboxer in the wild. But what incentive will be provided to get them to stop? Blizzard shares the consequences that players who are caught will face for utilizing the software.

“We will soon begin issuing warnings to all players who are detected using input broadcasting software to mirror commands to multiple accounts at the same time (often used for multiboxing). With these warnings, we intend to notify players that they should not use this software while playing World of Warcraft. Soon thereafter, the warnings will escalate to account actions, which can include suspension and, if necessary, permanent closure of the player’s World of Warcraft account(s).”

Players are still allowed to hold multiple subscriptions and accounts. This is definitely not going away anytime soon. They simply will not be able to play them all at the same time using input broadcasting software. Instead, players will need to go about playing them simultaneously, if they so choose, using the tools and methods natively provided by the game.