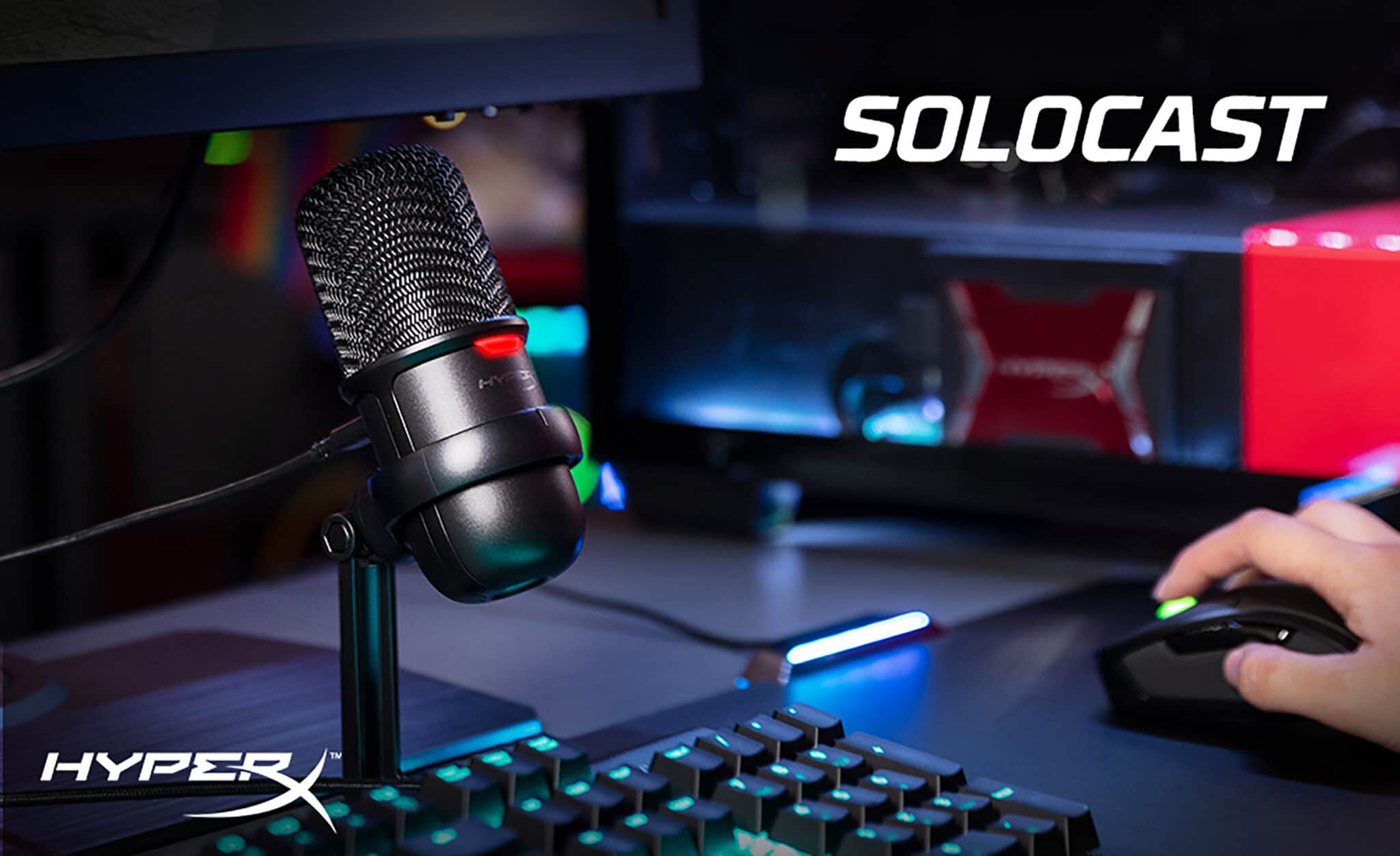 For a premium audio recording experience, the SoloCast uses cardioid patterns to produce a crystal clear sound. Cardioid polar patterns work best with subjects sitting in front of them, which helps make the HyperX SoloCast USB microphone an ideal option for streamers.

Nate Almond, the company’s audio business manager, even confirmed the microphone was developed with content creators in mind. “We are always looking for new ways to deliver an amazing user experience,” he explained, ‘and expanding our USB microphone lineup with our new SoloCast brings a different option to streamers and content creators.”

SoloCast comes on the heels of the QuadCast S microphone, which featured RGB lighting for an ambient effect. Like the QuadCast S, the SoloCast is compatible with PC, PS4, and Mac. Users will want to download streaming platforms like OBS Studios, Streamlabs OBS, or XSplit to get the most out of their Plug N Play microphone. The HyperX device is even optimized for Discord and TeamSpeak.

At $159, the QuadCast is a more advanced microphone that features an anti-vibration shock mount, an internal pop filter, and four polar patterns. The more complex option is better suited for podcasts and users that utilize multidirectional audio. The SoloCast is better suited for individuals that remain in one spot.

The Plug N Play USB microphone is more compact than other options on the market, so it won’t crowd the creator’s workspace. It’s built with multiple tilt positions and can fit under monitors for maximum convenience. Content creators and streamers will have multiple ways to arrange their microphone, especially with the included 3/8” and 5/8” mount adapter.

According to the official listing of the SoloCast, the microphone is built with a 2m cable and features:

It’s also listed as having a 6dBFS sensitivity and a 20Hz to 20kHz frequency response and runs off of a 2.0 USB plug. The Plug N Play offers a streamlined operation, as its name implies. Set up is quick and easy and won’t require a complicated or long installation.

HyperX released the SoloCast USB microphone at $59.99 through the official online store.

HyperX is best known for its line of quality headsets, keyboards, charging accessories, SSDs, and other essentials for the gaming community. Ambassadors and pro gamers turn to HyperX for their console and PC gaming needs due to the company’s attention to detail and high-quality products.