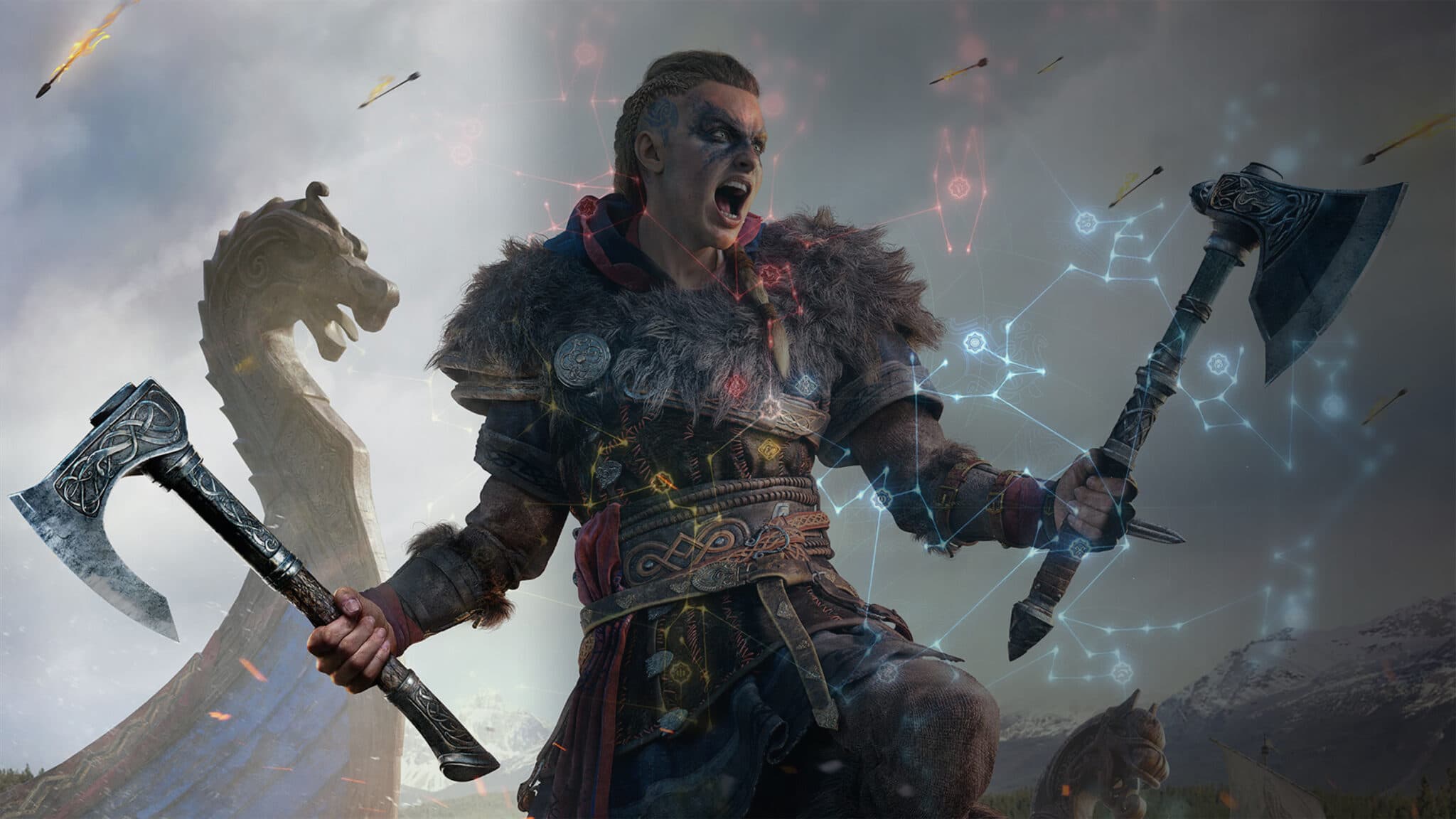 A Breakdown of the Assassin’s Creed: Valhalla Skill Tree

A new Assassin’s Creed game has launched, which means it’s time once again to tinker with a new set of gameplay mechanics! Among those – a massive skill tree that, at first glance, looks like a winding, branching mess of lines and unlockable skills.

Though intimidating at first, Valhalla’s skill tree offers some fantastic options for players looking to develop their very own brutal Viking warrior. Slipping into the antiquated shoes of Eivor, the Viking-aged protagonist of Valhalla, players are introduced to a tree of Ranged, Stealth, and Melee skills. Independent of one another, players can sink all their efforts into one trait or scatter skill points across the board for a more versatile raider.

Obtaining skill points is just a matter of playing the game. As players level up Eivor, they’ll unlock points that can be sunk into Main Skills, which unlock new abilities or attacks, or Stat Nodes, which increase the Viking warrior’s stats. The more skills or nodes you unlock, the stronger Eivor gets. The stronger Eivor gets, the more players can freely explore Valhalla’s vast open and dangerous world.

As you start to sink your teeth into Valhalla or wait for your copy to download, it’s worth having a broad understanding of what awaits in the expansive skill tree. To help, we’ve broken down the Melee, Ranged, and Stealth skills so you can plan ahead what kind of Viking warrior you want to be. Will you be a feared fighter that attacks from afar? Or will you stick to the shadows and kill without ever being seen?

Parry Damage- Parry and return damage to your attacker.

Arrow Volley – Use stamina to unload a volley of all arrows loaded into your bow.

Light Bow Combo – Cause more damage with each successful consecutive shot from your Light Bow.

Stomp – A stomp attack that finishes off fallen enemies.

Berserker’s Mettle – Throw caution to the wind and unload a fury of strikes.

Battlefield Cremation – Enemies downed by a fire attack will remain lit and deal damage to nearby foe.

Sprint Bash – Knock NPCs down and break objects with this swift move.

Terror – Stun Finishers can cause nearby enemies to back away in fear.

Warrior Takedown – Bring down an unaware enemy and score full Adrenaline Slots at the cost of alerting nearby enemies.

Bow Stun Finisher – Stunned enemies can be killed from afar with a simple button press.

Emergency Aim – Snap your aim to enemies that detect you for a chance to kill them and remain hidden.

Arrow Reinforcement – Stronger arrows won’t break and can be reclaimed from enemy bodies.

Stealth Adrenaline – Looting and pick-pocketing while in stealth increases Adrenaline.

Stealth Recon – Enemies are highlighted when crouched and undetected.

Battleground Bolt – Instantly grab discarded weapons and throw them at the nearest enemies.

Last Chance Healing – Time slows when your health gets critical.

Backstab – Attacks to an enemy’s back will increase damage and cause them to stagger.

Brush With Death – Perform a well-timed dodge and briefly slow down time.

Guided Arrow – Shots fired from the Predator Bow can be guided mid-flight.

Assassin’s Cantrip – Toss a smoke bomb after a successful parry.

Missile Reversal – Return projectiles back at the enemy with a well-timed button press.

Counter Roll – Vault over enemies by dodging toward their Rune Attack.