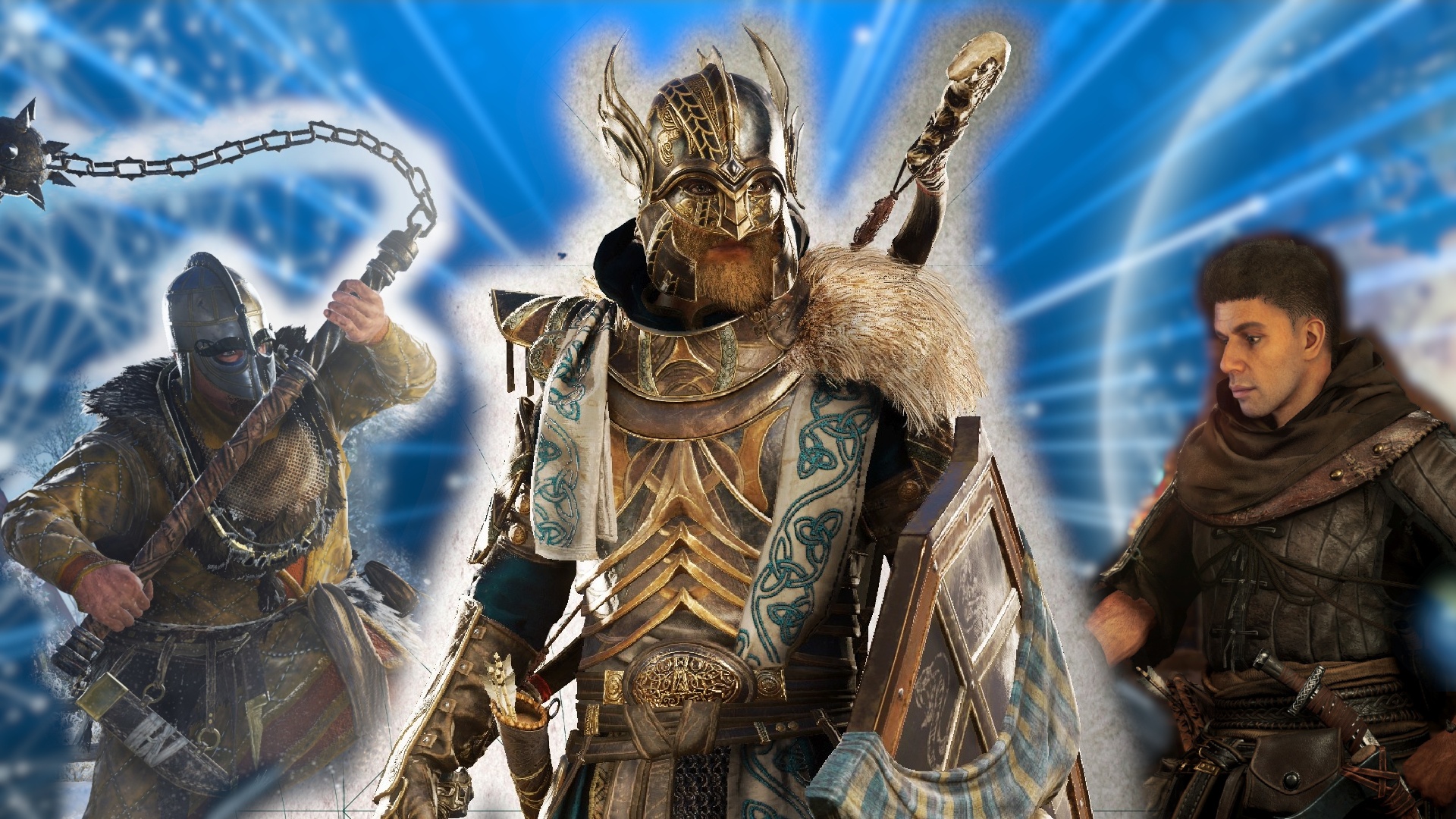 Norse mythology is at the heart of Assassin’s Creed Valhalla. It can be seen in not only the aesthetics and conversations had in-game but also from the presence of characters and locations. One of the crowning inclusions that Ubisoft has given players is the opportunity to don the armor of Norse Thunder god Thor, and wield his mighty hammer, Mjolnir.

To obtain this “godly” gear will require a rather lengthy romp throughout England where you’ll encounter many dangers to prove that you are worthy. Before you can acquire Mjolnir, you’ll need to gather every piece of Thor’s armor, head to toe.

This is where things get difficult as in order to loot Thor’s breeches, pants, and gauntlets, you’ll be required to take out three very nasty witches. The Daughters of Lerion, as they’re called, will prove to be formidable foes. Each a dagger and an elemental affinity –poison, fire, and lightning. It is these daggers that will unlock Lerion’s crypt and allow you to procure Thor’s helmet.

The first and arguably easiest of the three daughters of Lerion, is Goneril. She can be found in Grantebridgescire, just north of the Isle of Ely Monastery. 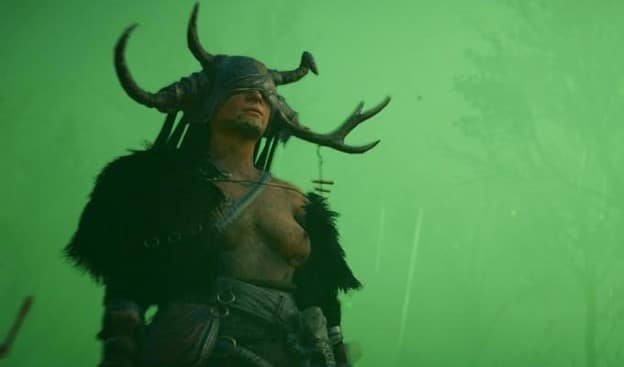 You’ll know that you’ve wandered into her den when the surrounding area turns grey and you notice a decrepit corpse that has been tortured. This is an ongoing theme for all three encounters. 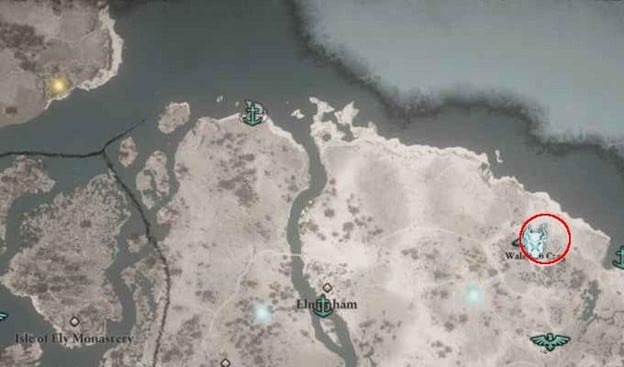 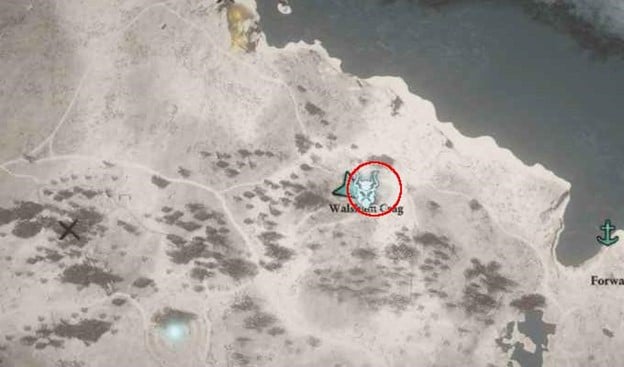 A power level of 90 is recommended however not necessary so long as you can pay attention and have decent enough parry reflexes.

Goneril loves to use poison, so poison-resistance skills are something to consider prior to this encounter. She will vanish and duplicate herself often. The duplicate is easily avoidable with a quick dodge before impact.

For the first half of the fight, Goneril will swing twice, either orange (parryable) or red runic (must dodge!) before opening herself for a couple of quick hits. It’s a very “rinse and repeat” process until you can whittle her down to half health. At this point, you should move away from here to avoid the AoE explosion of poison.

At half health it is more of the same except now Goneril pulls off three swings before an opening. Oh, and the area has a couple of poison clouds you’ll want to avoid. Continue to break her stamina and eventually her will in order to acquire the dagger (a key) on her person and Thor’s Breeches. 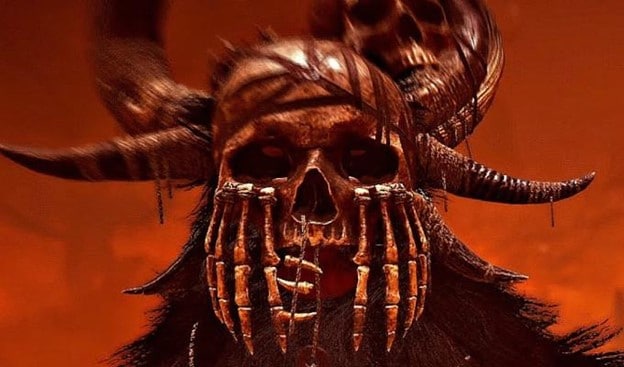 Regan is the second daughter you’ll likely encounter in your England adventures. She can be found in East Anglia at Walsham Crag and comes with a power level of 160. This daughter prefers the use of fire so fire resistance skills are recommended. 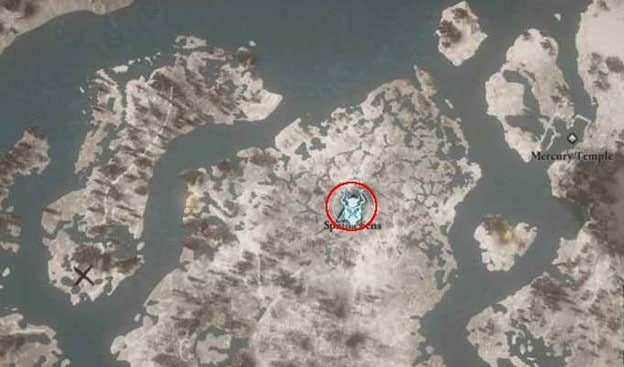 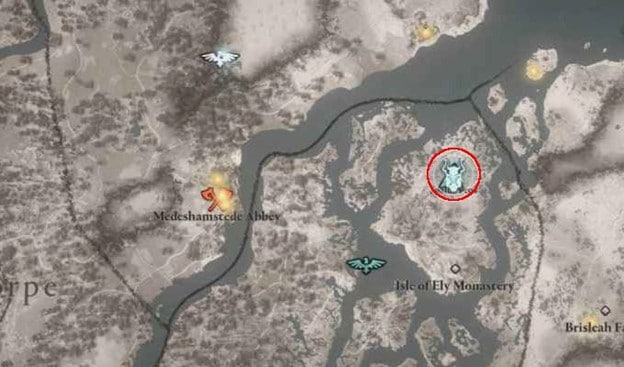 The fight starts out in similar fashion to that with Goneril only Regan’s duplicates are a repeat of every attack. To avoid all possible damage, you’ll need to perform a perfect dodge to slow time and get your licks in before then dodging the duplicate made of fire.

At half health, back away from Regan before being incinerated similar to the Goneril fight. This is when the fight actually gets difficult. Regan’s duplicate will now leave fire trails in its path to you. Avoid these as best you can because they really, really hurt and can set you ablaze for damage over time. The “Brush With Death” ability works wonders in this fight as it allows you to slow time to get a few hits in before the duplicate, and the subsequent fire trail, can reach you.

Once you’ve managed to fell Regan, you’ll get the second dagger and Thor’s Battle Plate. 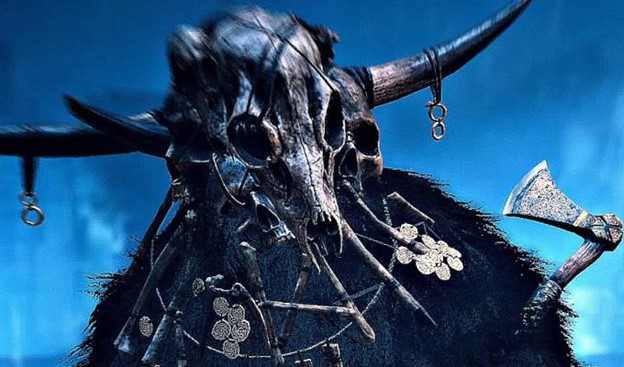 Cordelia is the final daughter of Lerion you’ll face and the last of the King Lear name ripoffs. She is incredibly formidable and prefers to rain down lightning on Eivor. She’s located east of Grantebridge, nestled in some Roman ruins at Berkelouw Bog. 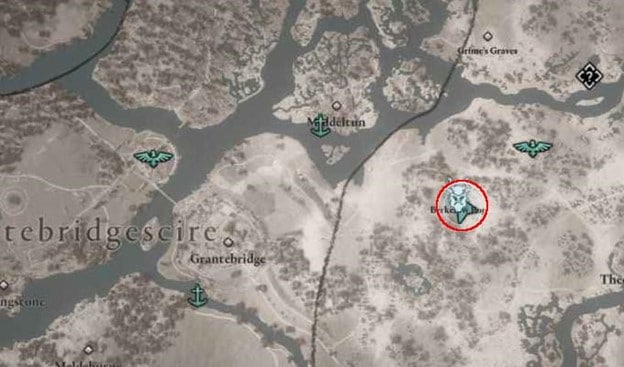 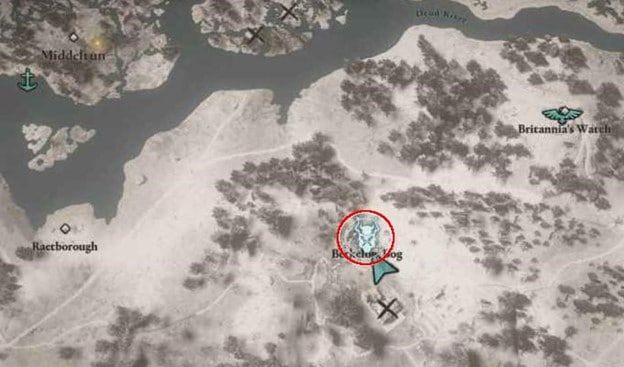 Her power level is quite tremendous (at 340!) and it is recommended you bump up your training a bit before taking her on. It may even be a smart play to lower the difficulty (no shame!) if this is your first time encountering her or she proves too difficult.

Rage of Helheim is an ability that comes into play for this fight as it’s possible to pin Cordelia down and pummel her with uninterrupted health bar damage. When she begins firing her lightning blasts, dodge them all and utilize a short bow to peg her repeatedly. If this is not an option, you’ll need to get up close and personal to take her down. Poison damage is also highly effective against Cordelia. So if you’ve managed to learn the ability thanks to brother Hytham, it can be used to great effect in this fight.

If after this grueling cage match you emerge victorious, you’ll snag yourself a third dagger and Thor’s Gauntlets.

The crypt is located in East Anglia and can be found underground. 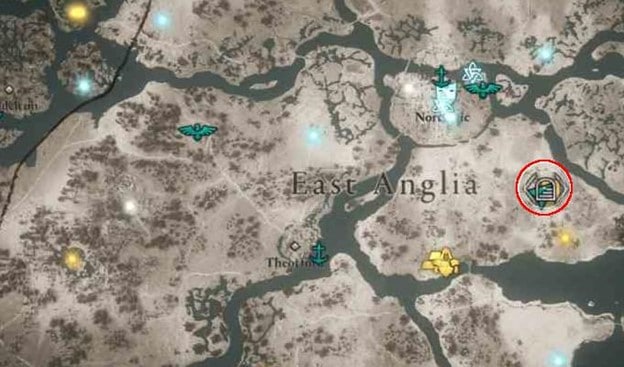 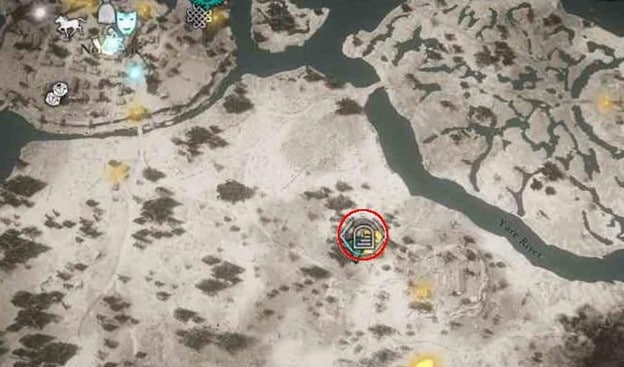 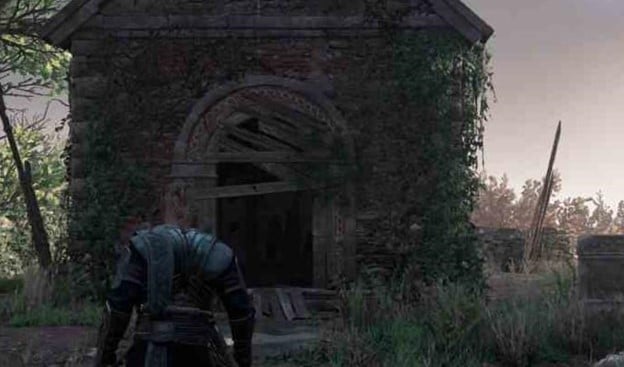 At the end of the underground tunnel you’ll reach a large Lerion Statue which happens to have three particular slits in it. Surprise, surprise, the three daggers you took from the corpses’ of the daughters will fit them like a key. 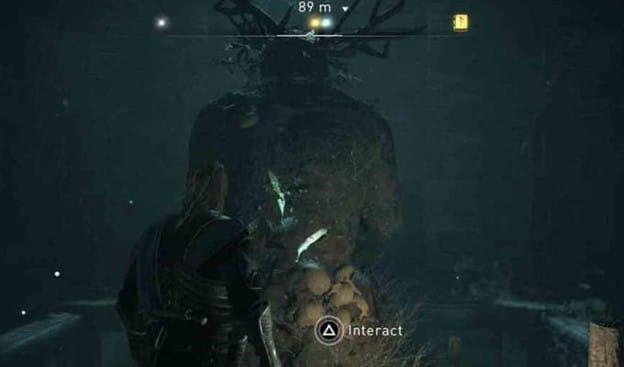 Enter all three of them to watch the statue crumble and the path to a wealth chest will be revealed. 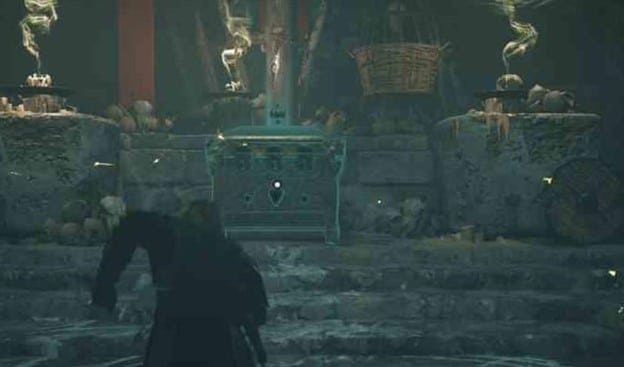 The chest will contain another piece of the Thor’s Armor Set, Thor’s Helmet, putting you one step closer to acquiring them all and Mjolnir.

Order of the Ancients & Thor’s Cape

The final step before you can acquire Thor’s Cape, is to take out the entire Order of the Ancients. There are 45 high-profile targets you’ll need to shuffle off their mortal coil. They can be seen in the Order tab –unlocked by building the Hidden Ones Bureau in your settlement, and must be uncovered by performing tasks and solving clues in game.

Each will drop a medallion that you’ll then turn into Hytham for Thor’s Cape. You’ll also receive a few abilities along the way from turning in medallions in precounted increments which include the Poison and Fire abilities.

This is a long and arduous process that will see you finishing the main portion of the game before you can accomplish your goal. But would you be worthy otherwise?

With all of Thor’s armor collected and 45 assassination scalps added to your belt, it’s time to collect the legendary weapon of the thunder god. Mjolnir can be found resting in the Hordafylke mountains of Norway, nestled at the very end of a dark gully. 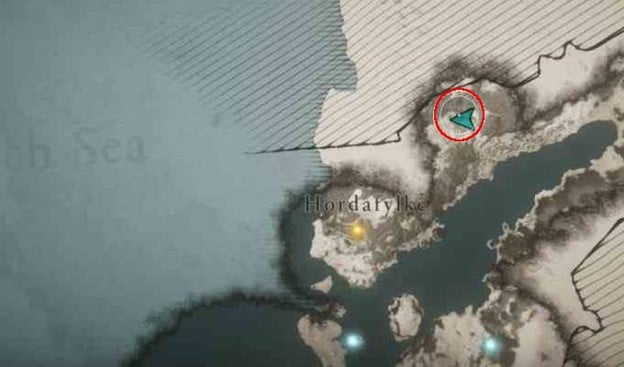 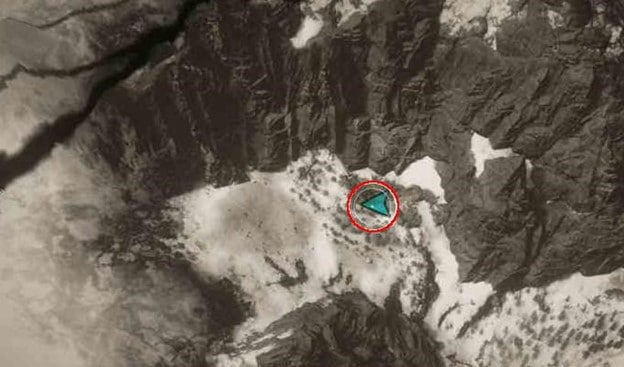 To be deemed “worthy”, and receive the achievement of the same name, you’ll have to be wearing every piece of Thor’s armor. So long as you meet this requirement, you will be able to interact with the hammer and wield the mighty weapon as your own.

The mythical hammer of Norse mythology deals additional stun damage to surrounding enemies making it ideal for players who prefer a strong stun-based build. The full set of armor only quantifies this aspect with an increased speed to stun enemies and a boost to the stun stat itself.

Mjolnir isn’t the only mythical weapon available for discovery in Assassin’s Creed Valhalla. Check out our guide on how to get your mitts on King Arthur’s sword of legend “Excalibur”. With the additions of Ireland and France as content in the season pass, you can expect many more legendary gear items to make an appearance.