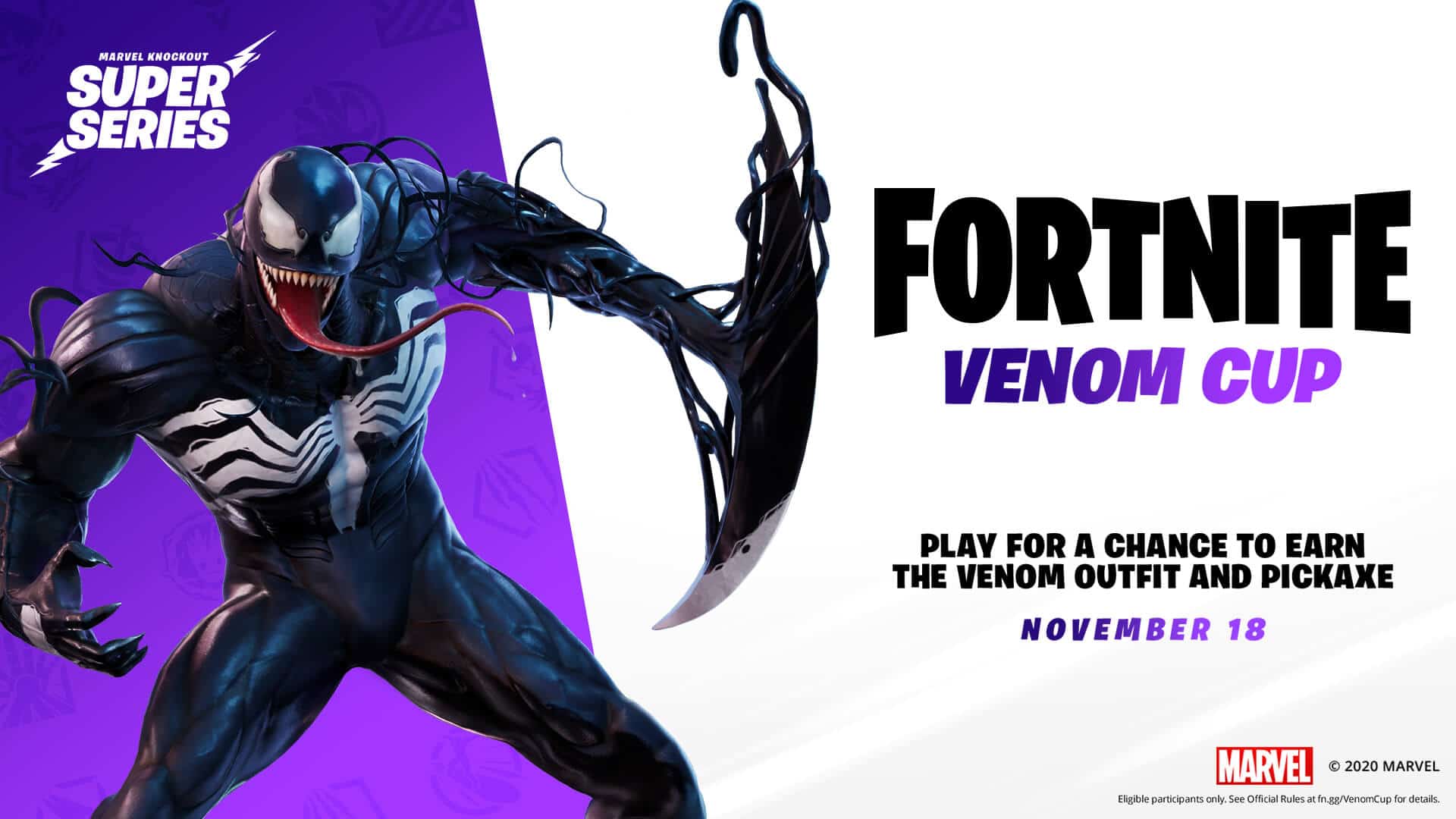 How to Get the Fornite Venom Skin for Free

Something sinister just landed in Fortnite, and it’s the perfect addition to the battle royale’s collection of Marvel content. On Nov. 16, the official Marvel Games Twitter account teased a new Fornite character in the “Marvel Knockout Super Series.” The silhouette was a familiar one for Spider-Man fans, and it was clear that Venom was on his way. Today, players can get their hands on the symbiotic skin by taking part in the limited-run Venom Cup.

Eligible players, or anyone with two-factor authentication and a level of 30 or above, can jump into the new cup, which is among Marvel’s last events for its collaboration with Epic Games. The battle royale will reward eligible players with the new Venom skin, based on the classic design and not the polarizing Tom Hardy iteration. Players can also score the “We Are Venom” emote, Tendril Tote Back Bling, and Venom’s pickax before it’s made available to all players in the Item Shop.

According to Epic Games, players have two windows to complete in the Venom Cup. The cup will feature Marvel Knockout Duos and is composed of “three leagues separated into ten divisions each. The leagues are broken up as follows:

For those currently unaware, Hype determines your progression in the Arena Divisions and Leagues. The more Hype you have, the higher you are on the Leaderboard and the more rewards you’re eligible to receive.

According to the Venom Cup’s official rules, prizes will be handed out regionally across two sessions. For the first Session, Duos teams that rank within the top 225th in the North American East region will receive the costume, back bling, emote, and pickaxe. For North American West players, they’ll need to land within the top 75 ranks. For Session 2, it’s the top 750 or top 300 for each region, respectively.

Players will find access to the Venom Cup in the Compete Tab in Fortnite’s Game Lobby. Once it starts running, the playlist will be available for players to launch.

On Nov. 21, Epic and Marvel are also releasing the $1 Million Super Cup. Instead of a Venom skin, players will compete for a share of a $1 million prize pool. For the Super Cup, Epic reduced the materials dropped on elimination to 20 and lowered the material cap to 200 per category. Players will need to use their wood, metal, and brick wisely to avoid being left without cover.

Don’t want to go through a tournament to score the new Venom skin? It’s very likely that the skin will land in the Item Shop in the near future, though Epic hasn’t confirmed this yet.