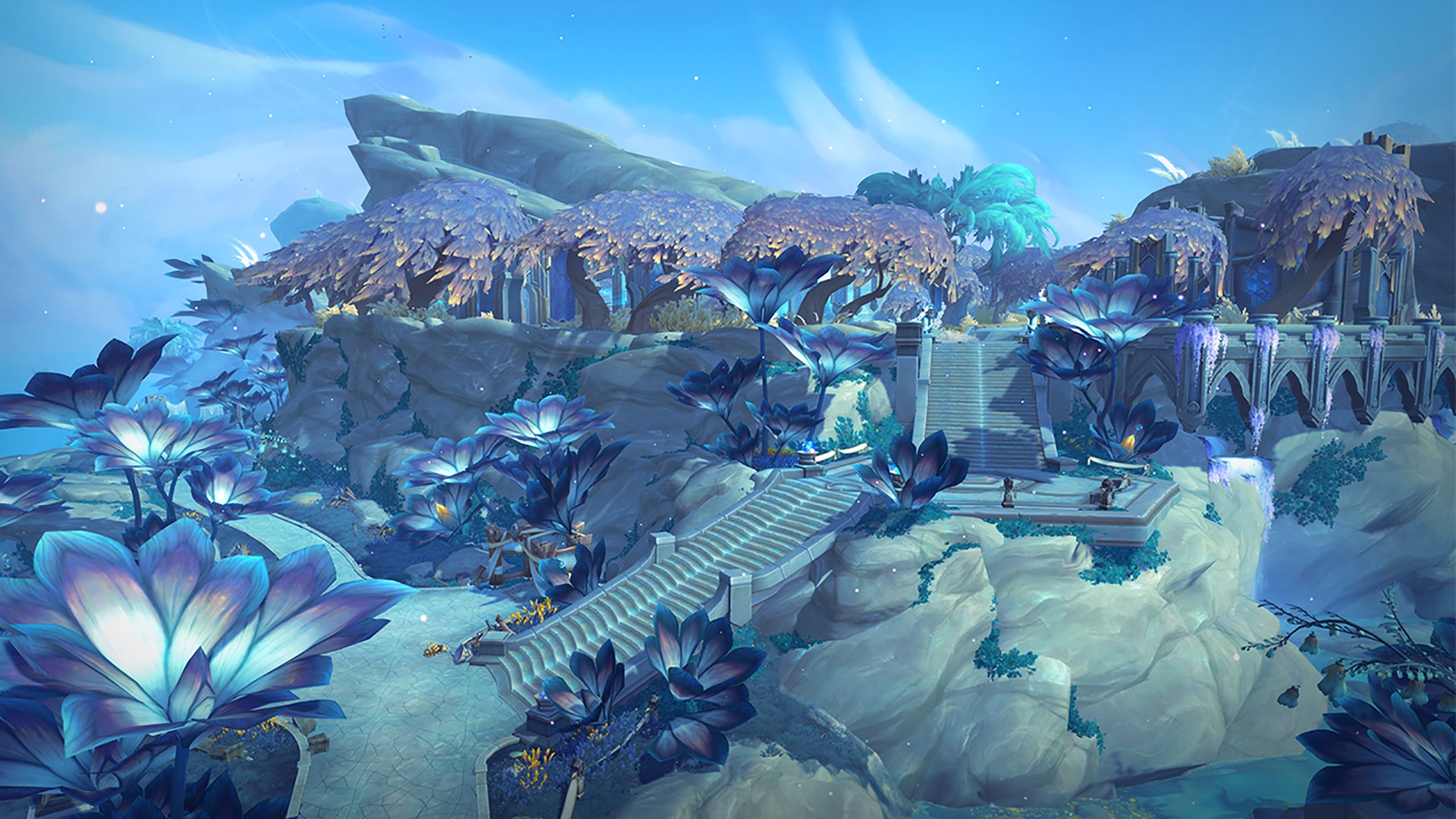 This is not meant to be a doom and gloom clickbait article. I don’t actually believe that World of Warcraft’s life hangs in the balance on if Shadowlands performs well or not. Well, that last part might not actually be too far off the mark.

World of Warcraft is not on life support, nor is it dying any time soon. What I mean when I ask “Is Shadowlands World of Warcraft’s Last Hope?” is simple: Will this expansion bring back the love for the game that has been lost over the years because of new iterations and terrible choices or, will the player base continue to decline?

Battle For Azeroth (BFA), the most recent expansion, was far from good. If anything it’s likely to go down in history as one of WoW’s worst expansions to date. In contrast, Shadowlands has already sold more pre-orders than any other expansion in WoW’s history. This leads me to believe that, regardless of BFA’s pitfalls, Shadowlands, and World of Warcraft itself, still holds real promise.

Shadowlands has been a great cause for both optimism and concern since as far back as the alpha stage of development. There have been countless bugs, poor decisions, and far too many alterations to keep up with that would scare any gamer away from any other game. But this is World of Warcraft. Fans of the franchise who have stuck with it year in and year out are not just gluttons for punishment –they wholeheartedly believe in it.

Blizzard finally acknowledging its player base has most definitely helped with retaining these fans. Taking the game back to basics, in small part, is definitely a step in the right direction. However, Blizzard has a tendency to make erratic decisions which could seep into and infect the very core of Shadowlands. It’s very possible that any real misstep on their part could drive returning players away, this time for good, ushering in an error where Activision holds more sway over WoW’s day-to-day proceedings.

Shadowlands has received more attention than any other expansion in WoW’s 16 year history. The failings of BFA likely played a major part in the decision to turn things around and put extra work into producing a more polished product. Blizzard has acknowledged the mistakes of the past, which is nice  on paper. But we, as players, need tangible evidence of Blizzard’s attempt to make it right.

An overhaul to the leveling experience is a great start, especially when it comes with a level squish. The streamlining of classes to make them feel more unique is still a work in progress but is also headed in a great direction. Character customization was a major win. Especially if you factor in, after all these years, us players have had to utilize the same played out faces and hairstyles from fifteen years ago.

Everything listed here is a step in the right direction but has all been long overdue. We need more. Blizzard will need to return WoW to an actual massive multiplayer online role playing game instead of this tired treadmill of handouts that it has become.

This is what players are hoping Shadowlands can begin to provide. After all, it is their “most ambitious expansion to date.” We’re not expecting one expansion to right every wrong, just that it’s progressing towards the end goal of “Making Azeroth Great Again.” Blizzard’s goodwill has been drying up for a long time now and there’s not too much left in the bucket. Shadowlands needs to be good.

If Shadowlands is just another failure to add to Blizzard’s mounting pile, it’s going to take something monumental to keep the WoW franchise ship sailing. The brand itself is no longer looked at with starry eyes as it once was and it’s possible that one more poorly received expansion could seal its fate for good.

Okay, so maybe this was a bit doom and gloom but that’s generally what happens with a game you’re passionate about. Sixteen years is a long time to dedicate to a single game, even during an on again, off again relationship. Shadowlands may, for a lot of us, in fact be World of Warcraft’s last hope.

In less than 24-hours, the Shadowlands launch will kick off around the globe. Millions of players will look to log on, level up, and see if the delay was warranted. It will no doubt be a great first month as players relearn their classes, explore the new zones, and figure out the new mechanics. But will it hold up? On that, I’ll look to the future and hope that it does.

Get World of Warcraft Shadowlands