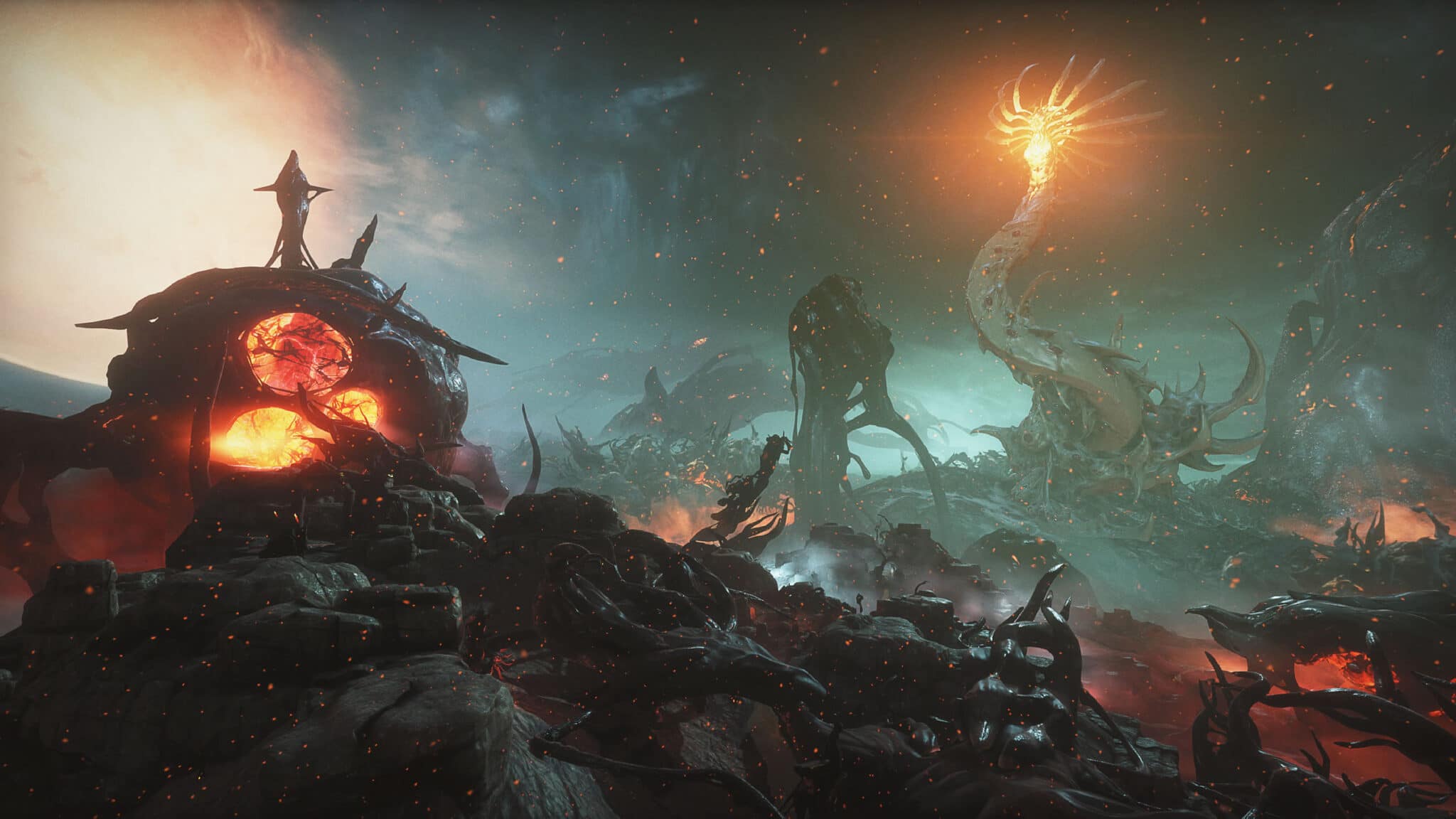 The Heart of Deimos was added to Warframe earlier this year and brought with it plenty of lore, open world challenges, and the Necramech. The ninja-like third-person looter shooter is now getting a new update that will breathe even more life into Deimos’ flora-infested moon.

Deimos: Arcana is the newest update by Digital Extremes, and it packs some new additions to the player’s arsenal. The most notable is that of Warframe’s newest Necramech, Bonewidow. Bonewidow will provide the same slow, stompy alternative to Warframe’s, well, warframes, that the Voidrig had, with a few minor alterations.

The newest Necramech is bestowed with extra health and armor at the cost of fewer shields. It will also wield a powerful sword to hack through your foes making this Necramech far more melee-focused. To top this off, both the Bonewidow and Voidrig will now accumulate all loot within their vicinity without the need to click on them individually.

In order to build the Bonewidow for personal use will, like everything else in the game, cost you time and resources. You’ll need to have access to the Necraloid Syndicate and have completed The War Within.

Location of the Necraloid Syndicate

The Necraloid Syndicate can be found through a secret door which opens only while you are in Operator form. The door itself can be found in the Necralisk, within the wall between Daughter and Mother.

To rank up with the Necraloids and complete The War Within will require that you obtain and use Orokin Matrices. These can be earned by completing special Isolation Vault Bounties for Mother and then trading them in to earn standing among the Necraloids.

In similar fashion to Syndicates, you’ll have to rank up through various levels for full access to Necraloid wares which include the parts needed in the construction of Necramechs.

You can earn a better Orokin Matrix which provides greater standing by completing higher tiers — Tier 1, 2, and 3 Isolation Vaults. In order by Tier:

While taking on the Isolation Vault Bounties, damaged Necramech parts can drop from enemy Necramechs. The drop chance is very small but the parts themselves can be traded freely among players.

Getting passed the Neutral ranking among the Necraloid will have its requirements. The following are what you’ll need to advance through their ranks:

With those requirements completed, you’ll have to gather all of the parts to create your new Necramech.

Each component that goes into the building of Bonewidow will need to be built in the Foundry, and then combined with the Bonewidow Blueprint to finalize creation. The required parts to create Bonewidow are as follows:

Once all components have been combined with the Bonewidow Blueprint, your new Necramech will be available.