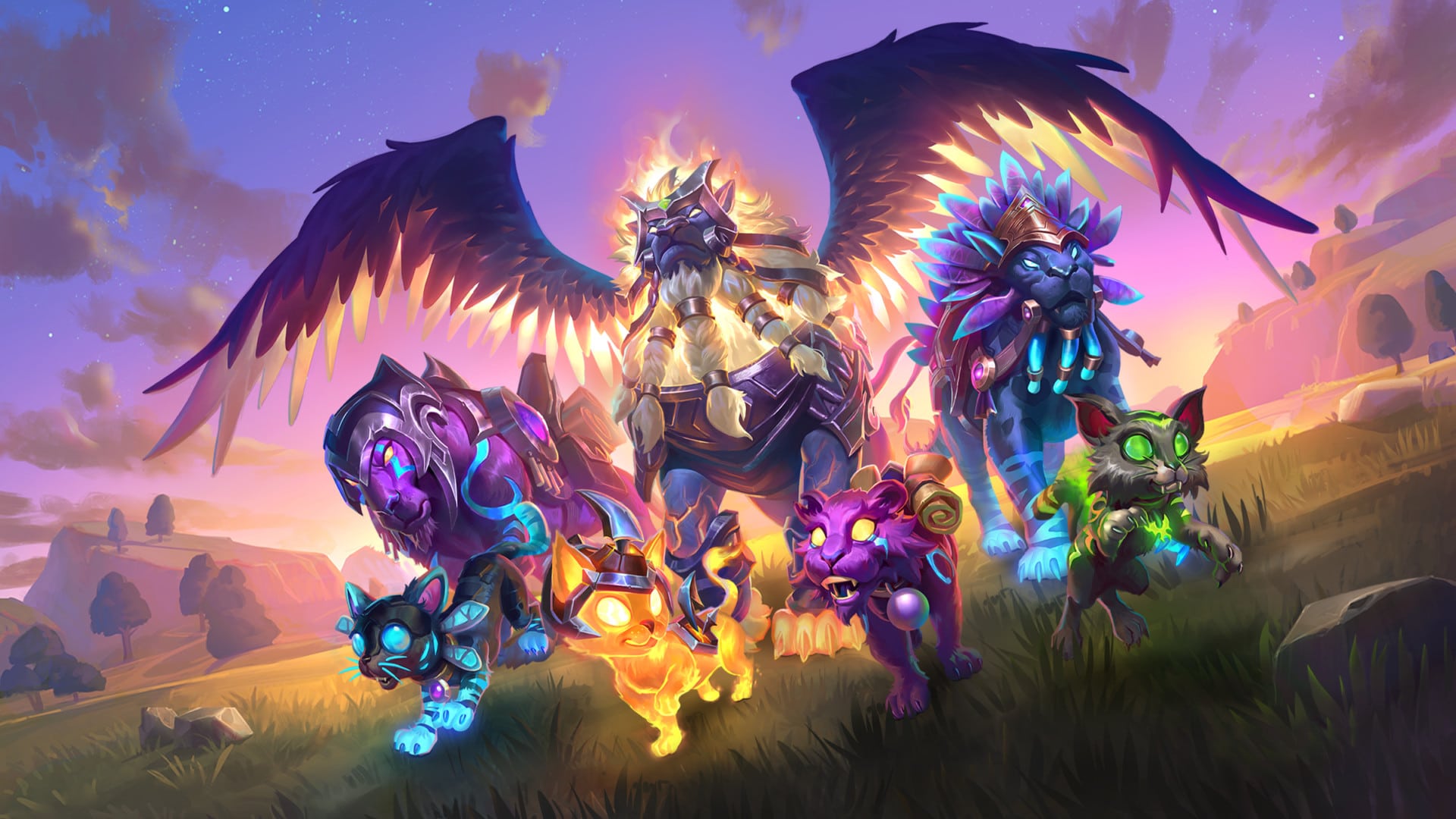 How To Easily Achieve Six New Mounts In Shadowlands

World of Warcraft: Shadowlands has finally arrived and comes bearing gifts in the form of new mounts. These mounts are pretty easily obtainable so long as you’re willing to put in a little bit of time to collect them. In this article, we’ve highlighted six mounts for you to get to work on: Arboreal Gulper, Shimmermist Runner, Wildseed Cradle, Spinemaw Gladechewer, Silverwind Larion and Blanchy’s Reins. This mount is, as far as we can tell, is a 100% drop rate from a rare mob known as Humon’gozz. To spawn the mushroom-like beast, you’ll first need to loot an Unusually Large Mushroom. Unlike Humon’gozz, the drop rate on this item is a low drop rate but can be collected from any of the mobs in Ardenweald. Once the mushroom has been looted, head toward the Damp Loam which is located in the northwestern end of Ardenweald, and plant it. The Unusually Large Mushroom will become Humon’gozz, who can then be killed for the mount. It’s soloable but would best be taken down with some aid from allies as his health pool is quite extensive. 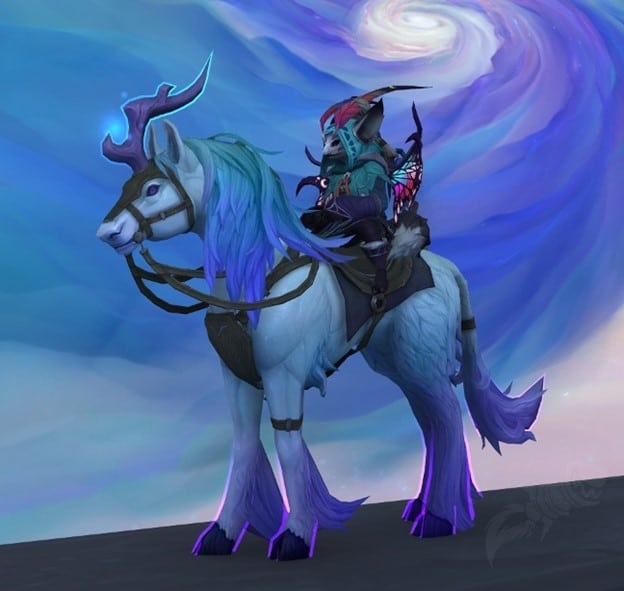 You can find this unicorn-like mount in Mistveil Tangle, located in the middle of the Tirna Scithe region in Ardenweald. You’ll need to navigate your way through the labyrinth in order to find and kill Shizgher. The order in which you get to it will need to be specific because If you don’t follow the right path, Shizgher will despawn, and the mount along with it.

To follow the right path, we suggest you download an addon which provides map coordinates to make things a whole lot easier.

You’ll need to traverse gateways with blue lamps on them. The following directions and coordinates will get you to your prize: 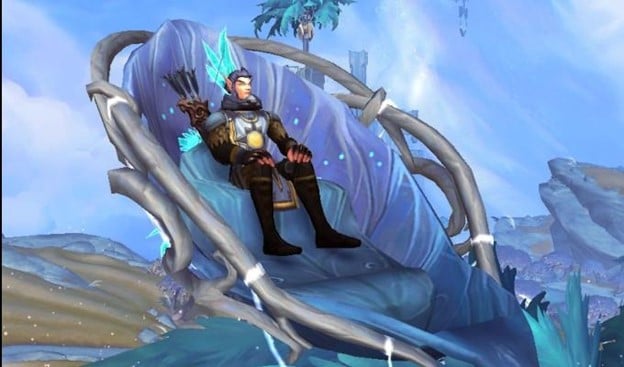 Look for an Ardenweald treasure chest called the Cache of the Moon to obtain this next mount. It’s located behind Twinklestar in Tirna Vaal. To uncover it will require that you reassemble Twinklestar’s Gardening Toolkit. It consists of 5 pieces which have been lost in the Garden of Night, east of Root-Home. The coordinates to find all of the tools are as follows:

Once Twinklestar’s Gardening Toolkit has been reassembled, return the finished product to Twinklestar who will then grant you Moonsight, which will allow you to see and loot the treasure behind him which contains the mount. 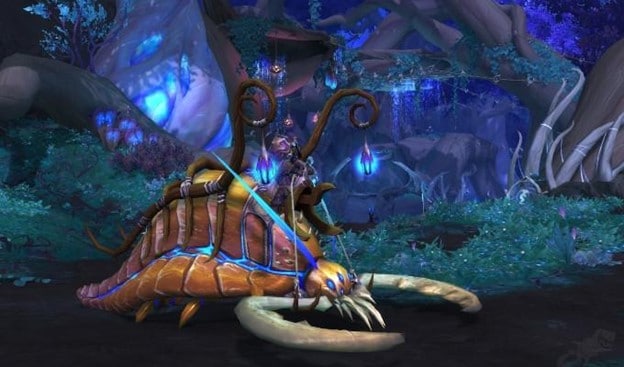 This mount will take some time and, like the others so far on the list, can be found in Ardenweald. You’ll need to spawn a rare named Gormtamer Tizo, in the Mistveil Tangle area. In order to pull this off will require you venture into Mistveil to take out some elite mobs known as Deranged Guardians. Once a Guardian is killed, the Bristlecone Terror riding them will hop off and you’ll need to kill it. This mob has a small chance to spawn Chompy, who is rather large, and impossible to miss Carapid. Of course, you’ll need to kill Chompy which will then spawn Gormtamer Tizo, who also needs to be dealt with. Once he’s nothing more than a distant memory, the Spinemaw Gladechewer will drop and you can enjoy your new mount. 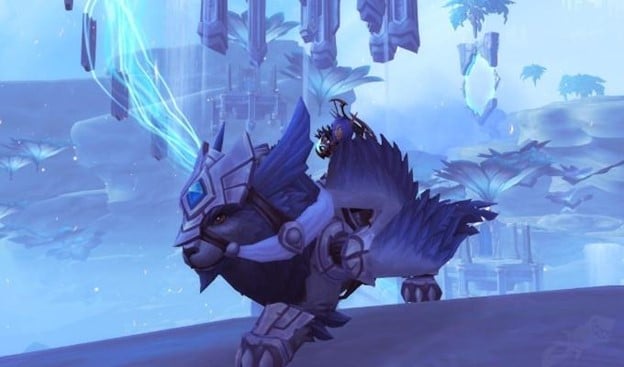 Another mount that will take some time to collect is the Silverwind Larion which comes from ringing the Vesper of the Silver Wind. In order to be able to ring the Vesper, you need to rebuild the Crystal Mallet of Heralds with the help of Forgelite Hephaesius. Building it will take looting 50 Lost Anima Shards scattered across Bastion where 5 of them have been lost inside Bastion’s two dungeons, Necrotic Wake and Spires of Ascension. For this mount we recommend the use of the HandyNotes: Shadowlands addon to help keep track of the looted shards, and the TomTom addon to find them. Copy and paste the following into /Say once you have the addons downloaded:

Locate and click on the shards found in these areas to get your hands on the mount.

This mount will take the longest to acquire as it takes a minimum of six days to perform all of the necessary tasks needed for the reins. To obtain the dead horse from Westfall you need to nourish Dead Blanchy in Revendreth for 6 days, with each day bringing a new request. The following items will be required in order to complete Blanchy’s dailies:

After tending to Blanchy’s needs for 6 days, she will submit to you and allow you to use her as a mount.