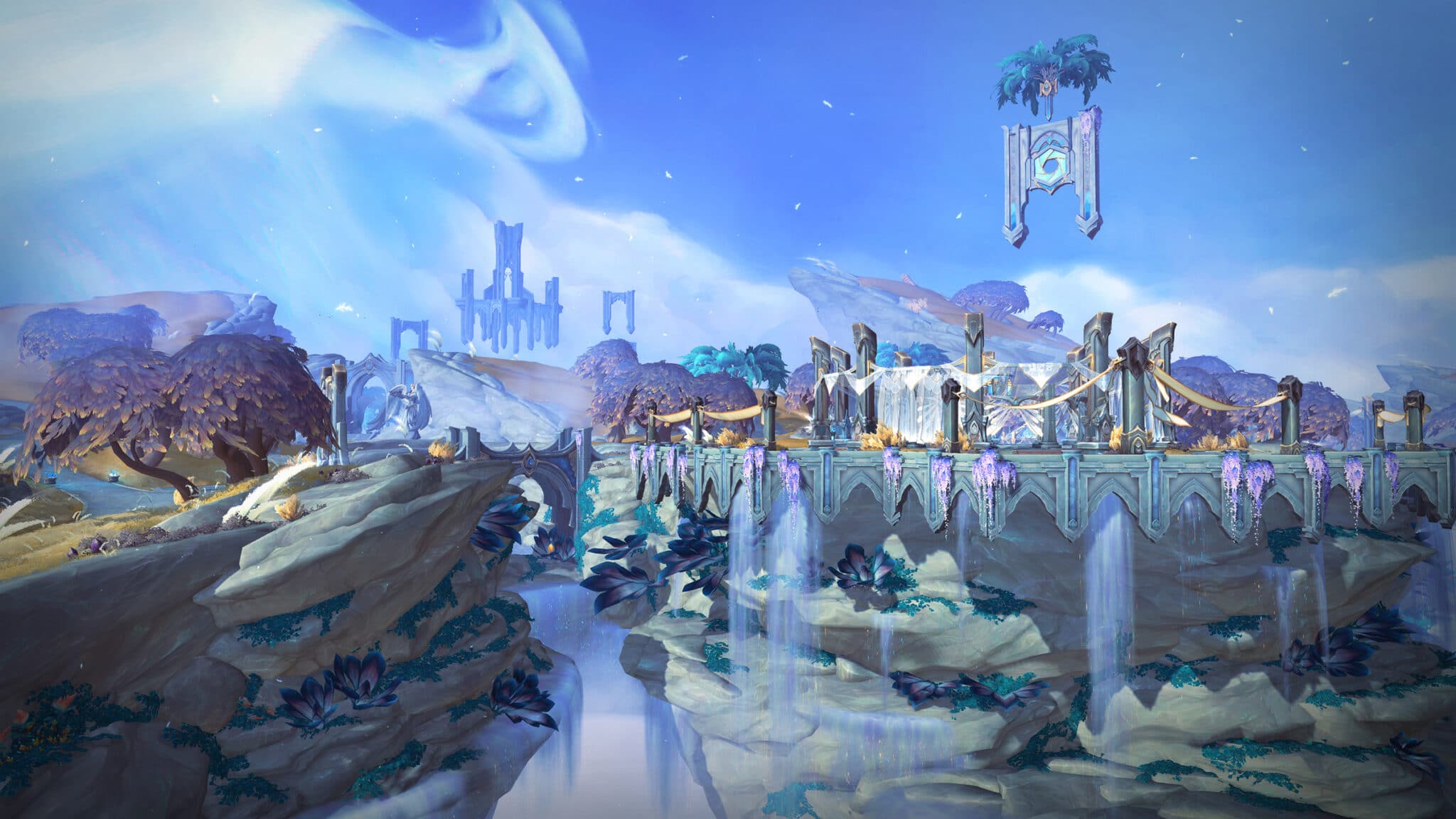 How To Earn Anima Conductor Rewards in Shadowlands: Kyrian

We’ve already touched a bit on Anima Conductors and their uses with the Night Fae. Now, we’ll look toward the Kyrian Covenant and the rewards you can earn with these occupants of the Shadowlands.

Complete the research for unlocking the Anima Conductor and you’ll receive a breadcrumb quest beginning with All That Remains, and ending with Power in the Sky.

Two streams are available in the first tier with only one being activatable per 24 hours. With good timing, you could unlock both in an overlapping fashion with the server’s daily reset timer or simply by reinforcing one of the streams, which will require an upgrade.

Each stream will open a different path leading to a task that offers a reward for completion. One of these streams will grant access to a special treasure (Purity’s Pinnacle), while the other pins you against an enemy champion (Temple of Courage).

It can be found in a multitude of locations but will be near the treasure. Once you click on it, you’ll receive a two-minute debuff that reduces your movement speed  by 65%. You can only solve the puzzle while you have this debuff.

The puzzle will require that you move from the steps to the treasure with the debuff active and with a series of ground effects in your way. The ground effects must be avoided as touching any of them will send you back to the beginning of the puzzle.

It’s best to start from the stairs as it is a more direct approach to the end goal. If the Burden of Penitence is located far from the steps, you can step on a ground effect to be sent to the steps and begin the puzzle in a better spot.

Do your best to make your way to the treasure and you will be rewarded. Rewards are random and usually yield a few vendorable greys worth some gold and anima items, though it’s possible to yield green- and blue-quality gear items, conduits, and small quest items. You are also guaranteed to receive two Grateful Offering.

Two of the more major prizes with a very low chance to drop are the Phalynx of Humility mount and Purity’s Edge Greatblade two-handed sword. 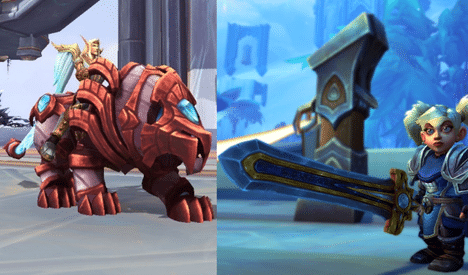 Anima stream two opens up a battle with Wingflayer the Cruel who can be found in Xandria’s Vigil, just outside of the Temple of Courage. To summon him, interact with the Horn of Courage found on the table there.

Wingflayer the Cruel is a very tough enemy to solo and spawns just down the stairs from the horn. His mechanics can be difficult but it is the onslaught of never-ending adds that make the fight so hard. To lower the difficulty, it may be better to pull him out from stairs and up toward the area where the horn is located to diminish the amount of adds you’ll have to deal with at one time. 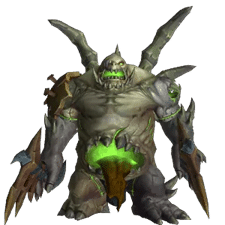 Killing Wingflayer the Cruel gets you the usual assortment of greys, Anima items, random green/blue armor and weapons, and occasionally some Conduits. One of the more interesting drops is the Regurgitated Kyrian Wings, which are a one-time use item that propels you up into the air and allows you to slow fall safely to the ground. 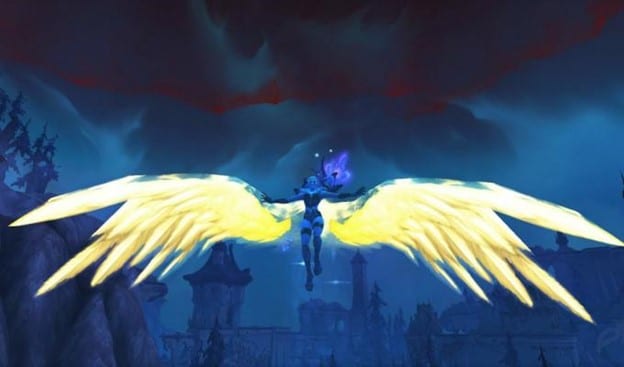 Of course, you will also receive two Grateful Offering for your troubles.

By upgrading the Anima Conductor to tier 2, you’ll get two new streams. Just like the others, streams are only open for 24-hours without being reinforced.

You and you alone can see the world quest on your map as well as partake in its rewards. The rewards tend mostly to be anima but can also be conduits or gear. Completing the quest will earn you three Grateful Offerings as well as 125 reputation with The Ascended.

Just like the world quest, the daily quests are for you and no one else. The daily quests will rotate between three NPCs —Kofi, Forgelight Selene, and Galakamos, and will be random. Reinforcing the Eternal FOrge stream will unlock two rotating daily quests per day. The rewards are also random but you are guaranteed three Grateful Offerings per quest completed.

Two final anima streams are opened once you unlock tier 3. Access is granted to either one daily Kyrian-specific enhancement buff (Eonian Archives) or the chance to tackle a powerful foe (Citadel of Loyalty).

Choosing the enhancement will provide your character with a 24-hour buff that persists through death and cannot be cancelled. Only one can be chosen per day, is locked to only your covenant’s zone (in this case Bastion), and should help you tackle tasks within the zone pretty easily.

To receive your buff head north of Sagereach to the Eonian Archives and take the teleporter at the end of the platform to reach the floating island. Once here, take the Anima Gateway to the top level, run up the steps, and three NPCs will be waiting for you.

Getting down from the floating island without committing suicide will require Archon’s Grace, which is bestowed by the floating feathers on the edge of the platform. This provides a two-minute Slowfall buff which allows you to safely reach the ground.

There is no other reward for this task aside from the buff itself.

The subtext for this stream was a bit misleading as there are two powerful foes instead of one. Eliminator Sotiros and Larionrider Orstus can be spawned by interacting with the Black Bell, which can be found on a small floating island that is only accessible by the teleporter found deep within the Citadel of Loyalty.

The Citadel of Loyalty is filled with many many level 60 hostels that you’ll need to get through in order to reach the teleporter. This is even a very difficult task for stealth characters as most of the stairs and some of the junctions have stealth-detecting white lights that float in the corners and cast Light of Truth which will de-stealth all stealth in proximity.

The duo have some pretty dangerous mechanics to contend with which includes a very nasty AoE ability called Burden of Rage which will inflict Arcane damage within a 2.5 yard radius and increases all damage taken by 15% for 12 seconds. It will also increase the damage that all enemies do by 15% while inside the blast radius. 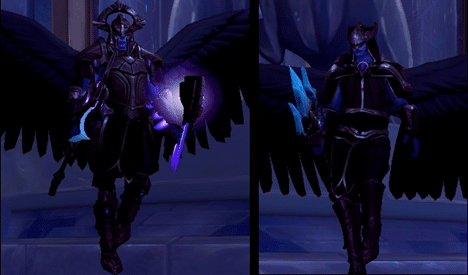 The loot table rewards earned are a bit slim at the moment as not enough information has come to light. This usually means that not enough players have been able to vanquish the duo as of yet. What we do know is that defeating them will give six Grateful Offerings and that they have a chance at dropping Phalynx of Humility, albeit likely at a higher drop rate than that of Purity’s Pinnacle.