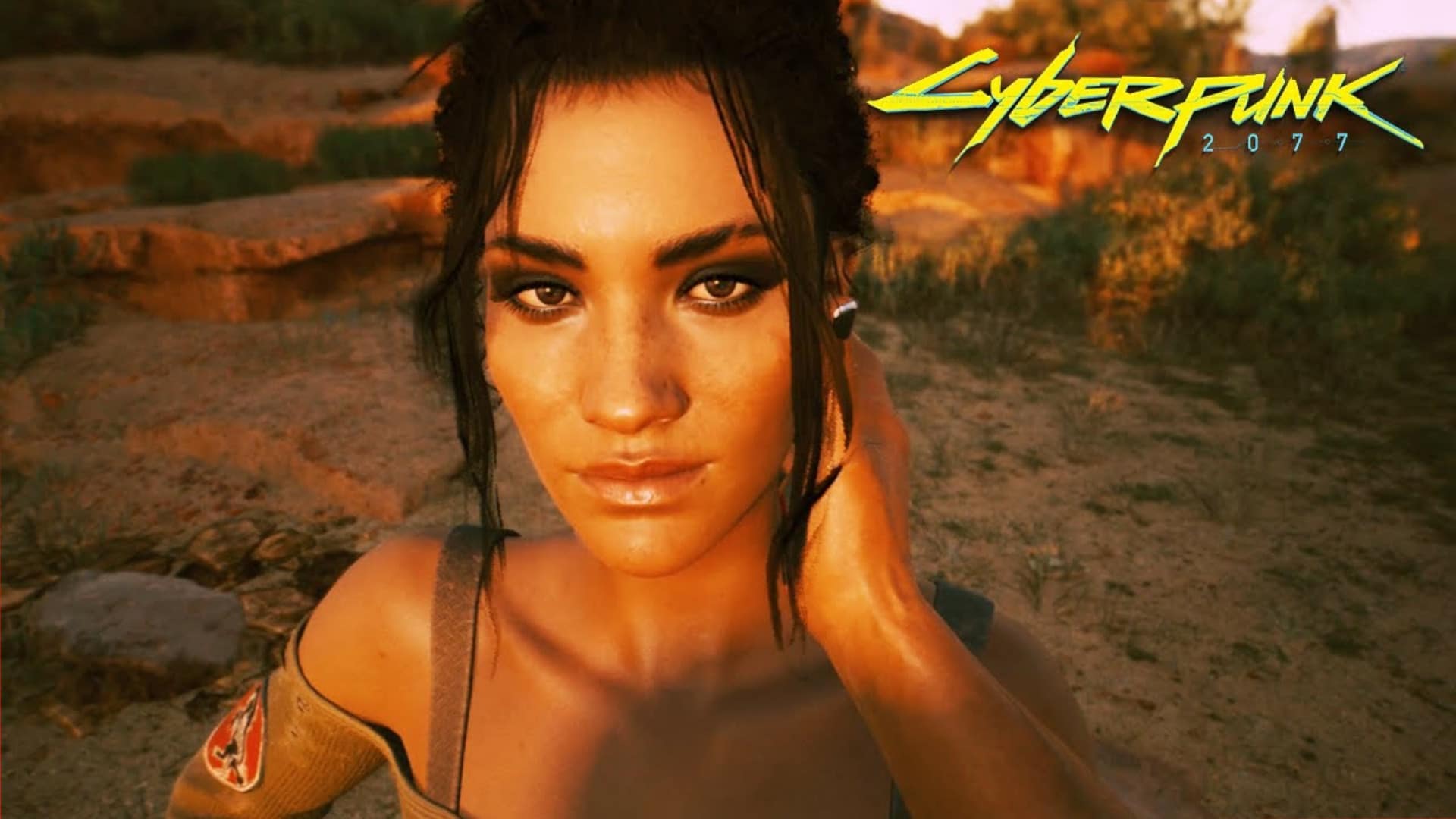 A Cyberpunk 2077 Guide To Romance

Romance options are nothing new to CD Projekt Red led games. There were plenty of them in The Witcher 3: Wild Hunt and they can be found in Cyberpunk 2077 as well. Some players enjoy these things, others don’t, but no matter which side of the fence you fall in, they’re available and we don’t see them going anywhere any time soon.

In Cyberpunk 2077, some conquests are easier than others. Depending on if your version of V is looking for a one-night stand with a stranger, a casual dalliance, or an actual romantic relationship, Night City can deliver. To ensure that a romance option is available, look for the pair of lips in dialog options to take advantage of your chances.

None of these options offer any meaningful character progression, though sticking with the core relationships can have an effect on the game’s ending.

The easiest action throughout Night City are the one-night stand options, of which you really only have one.

The Joy-Toys can be found in the Red Light District of Night City – Jig-Jig Street. Throughout the main story, you’ll visit the area regularly but if at any point you get the itch that only a pro can scratch, you can return on your own. You’ll find Jig-Jig Street in the west of Japantown, just south of the Cherry Blossom Market fast-travel point. You can see the Joy-Toys clearly marked on the map once in the area. Whether you’re into male, female, or both body types, there is a Joy-Toy for you.

These can be considered the dalliances that were previously mentioned in the opening statement. The options available here won’t be exclusively romantic to your character, V, but can prompt romantic opportunities that flesh out deeper storylines.

Alt Cunningham is more of a romantic interaction while visiting Johnny Silverhand’s memory flashbacks. It’s something that can’t really be avoided but will reveal plenty of crucial backstory between the couple that will help later in the game.

This romance option is more like a go-between for her and Johnny Silverhand. You see, Johnny will ask if he can visit Rogue by using your body, following the Tapeworm mission. In said mission, you and Johnny grow a bit deeper in your bromance and he takes this time to ask a favor.

You can decide at any point to allow Johnny to take over which will ultimately lead to him, through V, taking Rogue on a date. While this relationship won’t last, because you’re NOT Johnny, making the right decisions in other dialog options can have some serious implications for the ending of the game.

If you want to romance Meridth, you need to make the right decision while on the mission “The Pick Up”. To secure your chances, you’ll need to decide to call her and use her chip to pay for the Flathead. In doing so, she’ll leave you a message, enabling V an opportunity to visit her at the No-Tell Motel for some one-on-one action.

Technically, it can be considered a one-night stand option seeing as there is no follow-up for a chance at a relationship. But the fact you actually have to perform specific tasks to even get the chance, we figured it belonged here.

The more ironclad romance options in Cyberpunk 2077. Some of these have steep requirements that need to be made during character creation. Things like tone of voice and body type come into play rather heavily from this point on.

Keep in mind that you will not be able to romance all of them in one playthrough because of this restriction but, depending on your chosen gender, you may still be able to romance two at the same time. If you’ve run through all of the Joy-Toys and are still only looking for sex, then that is still a perfectly viable option with these characters. However, the relationship potential is also there, if that is more your thing.

Judy is a braindance expert that you meet early on in the game before the end of Act I. With Johnny SIlverhand inhabiting V’s head, you’ll track down Evelyn in a chance to have him removed. While looking for Evelyn, you’ll run into her friend Judy Alvarez. Make sure to always choose the dialog options that keep her involved throughout your story including taking advantage of objectives that allow you to call her. This will help you get to spend more time with her, opening up the chance for romance.

Later in the story, a side job, “Ex-Factor” will open up after she calls you. This will be the beginning of the arc with Judy. Her call revolves around needing your help to take over the doll club Clouds. Front here you’ll receive additional missions like Talkin’ ‘Bout a Revolution and Pisces, that will eventually lead to Pyramid Song.

So long as you’re a female with a feminine voice, at the end you’ll get the chance to have a “special night” with Judy. The next morning, Judy will ask what the night meant to you, at which point you’ll have two choices: (1) The beginning of something amazing, or (2) A pleasant distraction.

The first option leads to a relationship, which you can continue throughout the game and may lead to an alternate ending of sorts. Option number (2) ends it there as a one-nighter.

To even seek Kerry out will require that you explore a good portion of the side jobs that involve Rogue Amendiares and Johnny Silverhand. This is because, at some point you’ll be tasked to break into his house as well as attempt to get the band Samurai back together for one final performance.

Completing all related side jobs up to this point will trigger a new string of missions beginning with a call from Kerry. He needs your help on a good deal of complications revolving around his solo career. Help the guy out and eventually you get the “Off the Leash” mission, where you’ll have an opportunity to kiss him during a rooftop conversation.

The following mission “Boats Drinks” is where things really take off. You get to go on a boat trip with Kerry. While you’re busy getting trashed and destroying the boat, which belongs to his boss, a second kissing option will be available. Choose to make out, and once you get back to the beach, the option for a full blown relationship will be possible.

Panam is a Nomad clan member that you’ll initially meet during one of the Main Story jobs. While in your quest to find Anders Hellman, you get the opportunity to woo her. Depending on your choices, the chance for romance with Panam will open up in a few side jobs.

At some point, you’ll receive a call from Panam where she asks V for help with “Riders on the Storm”. During the mission, you get trapped together in the most romantic spot imaginable — a small house in the middle of a sand storm. It’s at this time where you can begin seriously putting the moves on Panam.

Unfortunately for V, Panam isn’t quite ready for anything serious quite yet. You’ll need to wait until later in the game for the side job “With a Little Help from my Friends” to get the ball rolling. The mission afterwards, “Queen of the Highway” is when the steamy stuff is possible, even though you’re technically neural-linked. Sadly, this is the only way to be in a “relationship” with Panam. However, romancing her can lead to an alternate ending so it’s still well worth the trouble.

V meets River Ward during the side job “ I Fought the Law”. This is actually the only time you’ll run into River, so if you plan on pursuing him as a romantic option, you’ll need to start here.

During the side job, the Peralez couple will task V to investigate the mayor’s death. Officer Ward is also looking into the peculiar case in an unofficial capacity, which is when you’ll bump into him. Solve the mystery and River will open up another side job for which he’ll need your help.

The side job he’ll later call you about is “The Hunt” and involves the disappearance of his nephew. This mission is actually pretty nuts and anyone who enjoys those procedural cop shows is sure to enjoy this. No spoilers! Once the job is complete, River will once again call and invite you to dinner, which is actually another side job called “Following the River”.

He’ll tease you a bit, and, if you choose to, you can reciprocate. The evening will culminate in a “sleepover”. The very next morning, the question of how much you actually like him will come up. It’s at this point where you can take it up a notch and become a dating couple or, just friends. Choosing the relationship option will have the chance to provide an alternate ending, so anyone keen on a full completion will want to take that next step.

These are all of the romance options in Cyberpunk 2077 so far but with DLC coming out at a later date, it’s very possible we’ll be adding more to the list. Until then, enjoy the game and use what you’ve learned here to see all of the alternate endings.