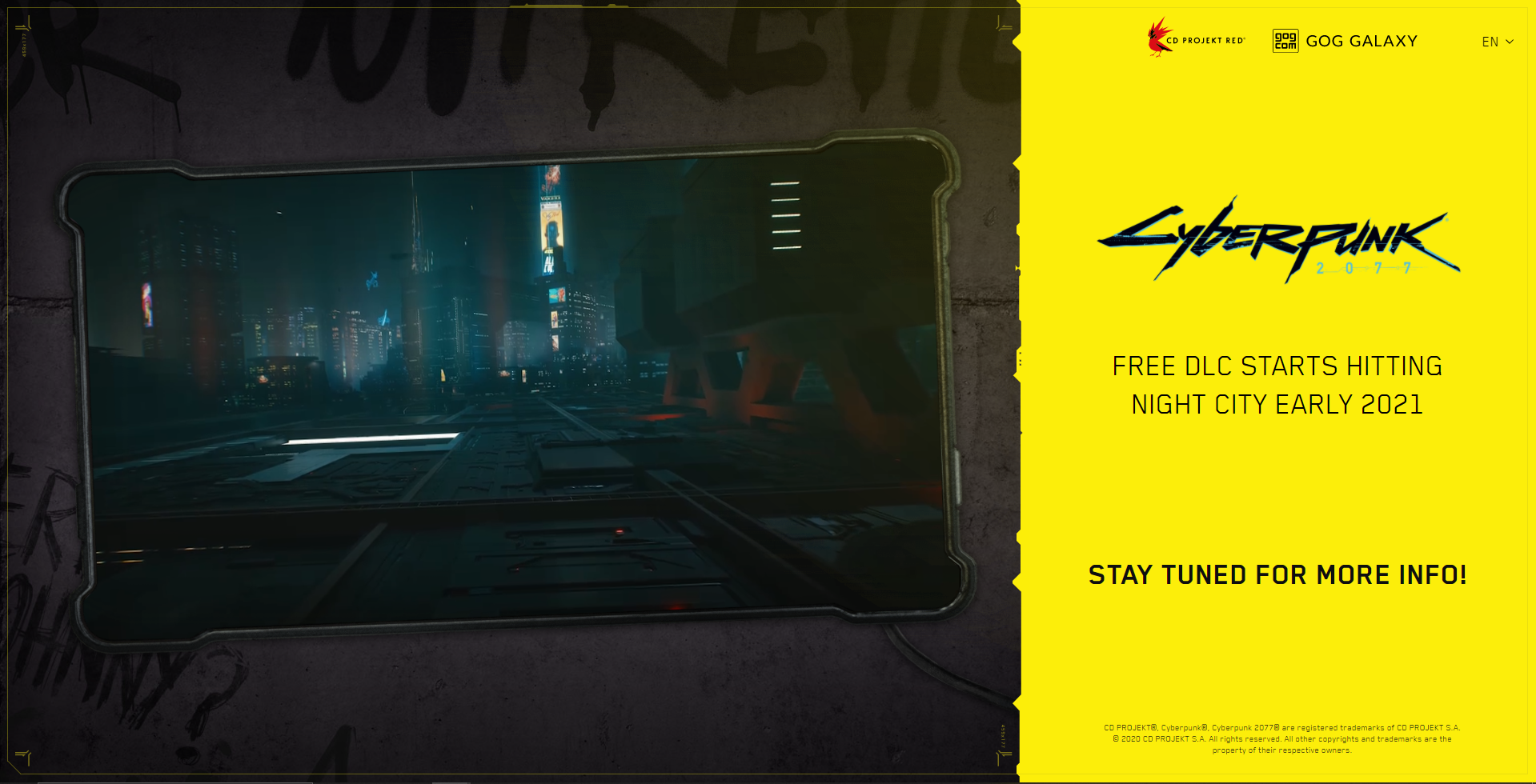 Cyberpunk 2077 is actually a really good game despite what the critics might suggest. Was it plagued with game breaking bugs at the start? Yes. Did the visuals fail to live up to expectations on lower-end platforms? Undoubtedly. However, the game itself has been a blast to play and we’ve only just tipped the iceberg as to what CDPR has in store.

Unfortunately, even after all of the fixes, CD Projekt Red has marred their name in the eyes of many consumers. This sort of thing doesn’t go away overnight so they’ll have to “bug fix” people’s sour notion of them. One of these fixes could be the release of free DLC, which has already been promised on their official website.

The claim is early 2021 we should receive free DLC however, this claim may not come to fruition. Thanks to the launch bugs and necessary manpower to fix what was broken, even more fixes are yet to come in January and February. This has likely pushed back the expected release date for the DLC, but has not destroyed it completely.

CD Projekt held an emergency conference call on December 15th to discuss how the company would react to the situation following the disastrous launch. Courtesy of a PDF transcript for the call, we learned from CD Projekt president and co-CEO Adam Kiciński that it was “too early to judge” if an early 2021 DLC release was still salvageable.

The conversation began with the question “How do you feel about your ability to release a couple of DLCs next year, and, obviously, multiplayer in 2022?” Of which Kiciński replied with “To be honest, it’s too early to judge. At the moment please let us handle the situation, and please let us make some more assessments – that’s still ahead of us; we don’t know yet, and we’re now focused on improving Cyberpunk. We’ll discuss this early next year.”

The patches set to release in January and February are set to both be major patches, with not just bug fixes but potentially new content as well. What that content is, is still unclear or even confirmed. We’ll have to adopt the old “wait and see” approach before we can definitely provide an answer of what’s to come.