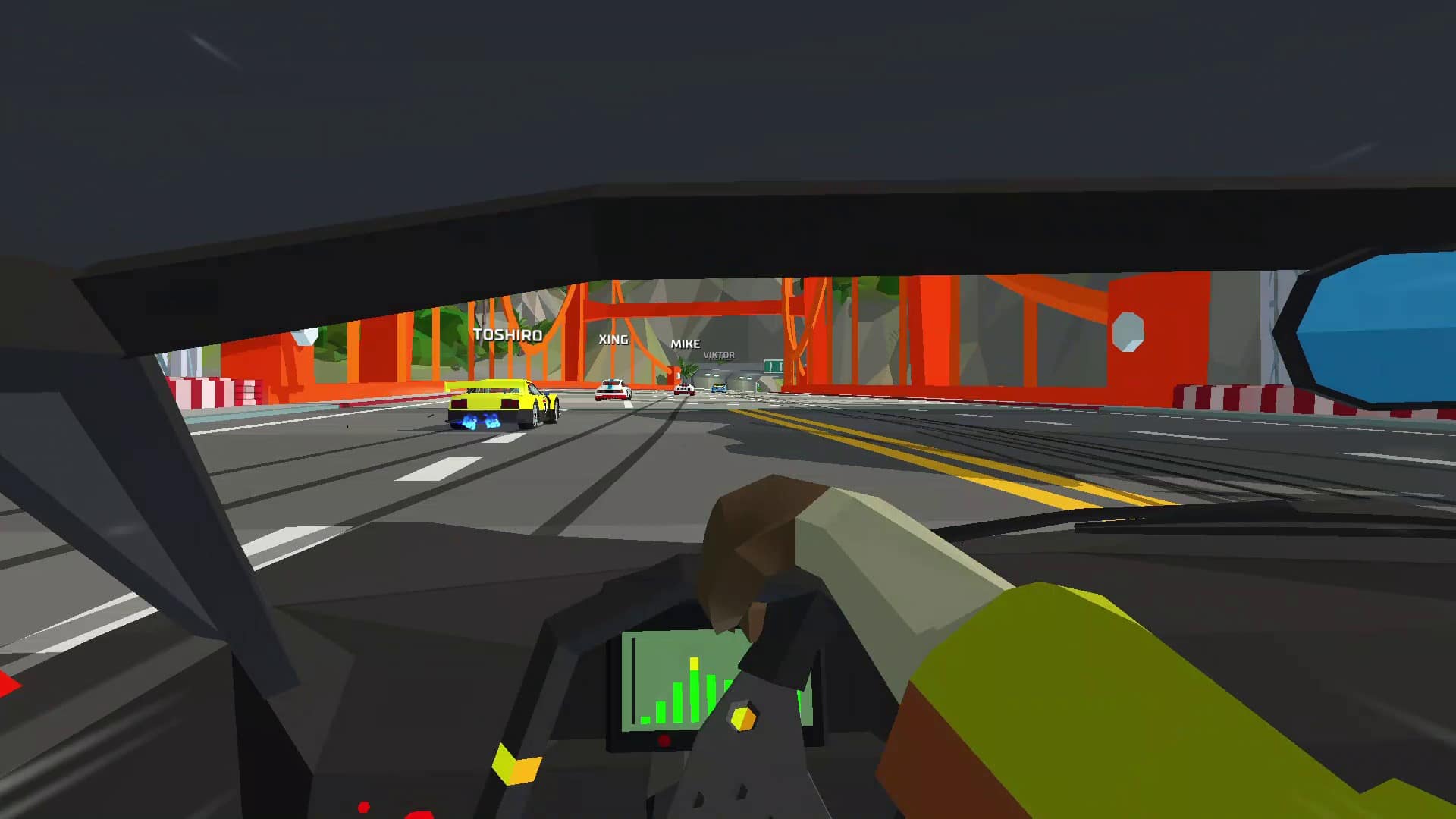 Trevor Ley from Lucky Mountain Games and Tom Turner from Sumo Digital recently sat down with IGN to preview their newest title, Hotshot Racing. Hotshot Racing is a result of Ley’s personal love of classic racing games, as well as his time working on both the Burnout and Midnight Club series for EA, which no doubt heavily influenced the games mechanics.

It features a simple, yet colorful polygon aesthetic very reminiscent of the 90’s arcade racing games we used to love to play back in the day. Gameplay on the other hand is described as ‘drift based,’ and takes inspiration from much more modern racing titles. Here’s what they had to say about their game’s visual style and gameplay:

“Some of the inspirations as mentioned were Virtua Racing, Hard Driving, Daytona USA, those are the basis for the visual style and the audio style, and the handling style is very much inspired by Burnout and Split Second, and also outrun as well.”

Aside from the mechanics and visual style, sound design was another big focus for Ley’s team in creating an authentic experience for their players.

“In terms of the actual sound design of the vehicles, I would say it is more of a hybrid of classic racing and more powerful more modern engine sounds, to give it some gravity, the cars you are racing with. The music as well, we are going for a sort of blistering synthwave soundtrack that will bring back memories of those great games of the early 90s.” 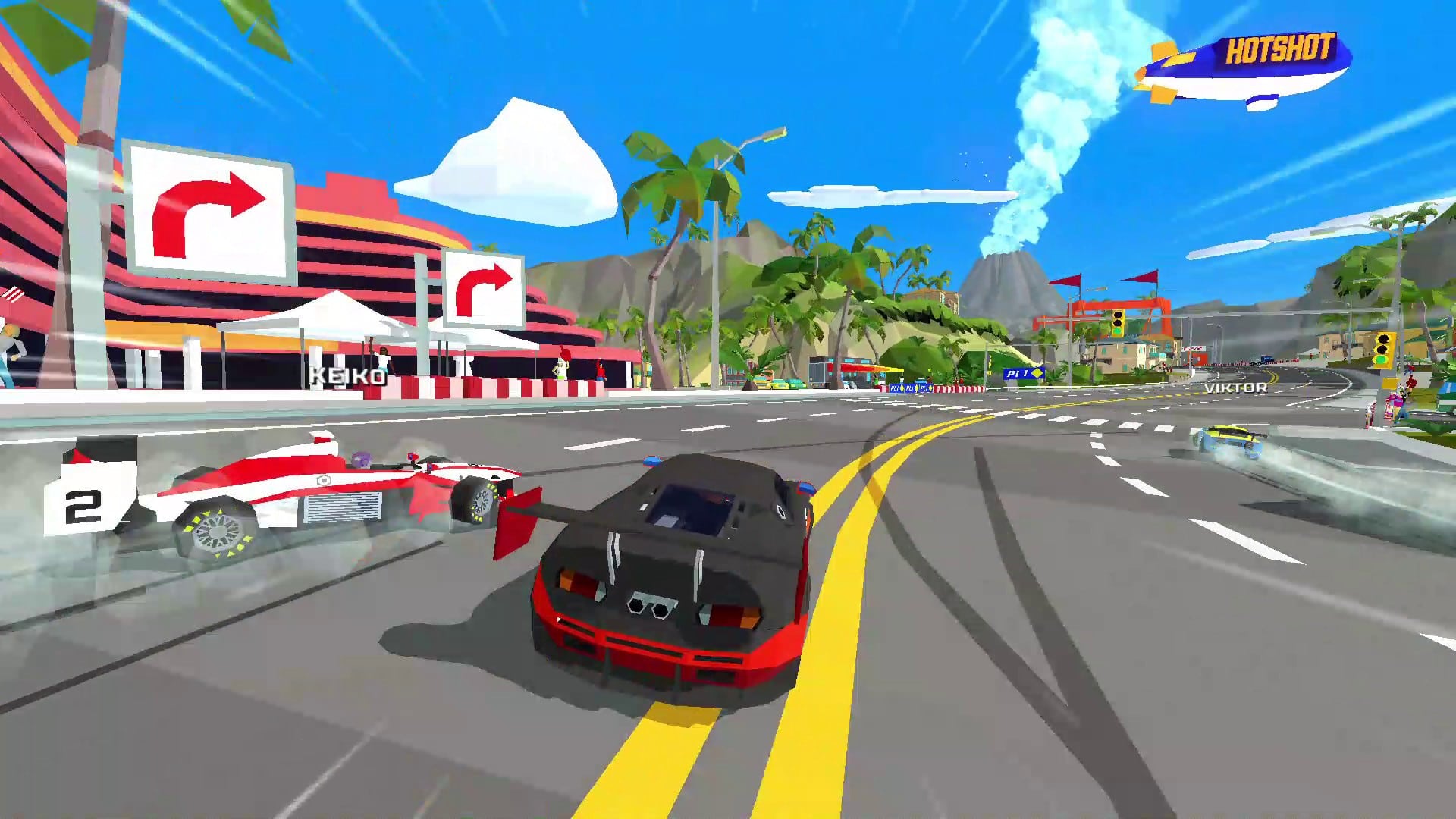 Ley and Turner also discussed Hotshot Racing’s various game modes, which include standard modes like single race and time trials, an infection style mode called cops and robbers, an elimination style mode called driver explode, as well as online and offline multiplayer, which was a big priority for their team. Here’s what they had to say about the various modes and the inclusion of offline multiplayer in the game:

“These are two game modes that we’ve had great fun with, both online and in split screen multiplayer bringing back those memories of early 90’s racing games in the arcade everybody next to each other jostling for position, and it’s really great fun.”

Hotshot Racing is available now for every platform, and you can purchase it here.