Modern Warfare got its Season Six update earlier today, and it brings all the usual trappings we’ve come to expect with each season at this point. While you could argue

New operators, weapons, maps, multiplayer modes, as well as a Warzone update or two tucked away has made its way to players today, but there have been a few big changes to Warzone that I don’t think anyone was really expecting.

With today’s update, we also saw the addition of “Armored Royale,” a new mode for Warzone that could be interesting with a few friends. Rather than dropping in like the standard battle royale, Armored Royale sits each squad in “an armored Cargo Truck, complete with a turret and plenty of armor plating. Squad members can respawn if their truck is still in one piece, but once that squad’s vehicle disappears, so does their ability to return to the fight.”

The image released with the blog post about Season Six seems like players can freely hop in and out of vehicles, so it seems like this has the potential to be a worse version of Warzone with near-invincible vehicles and no way to destroy one. 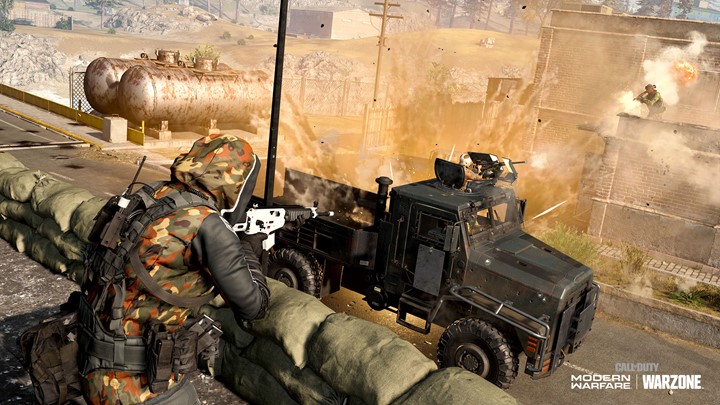 This sounds like a welcome change to the battle royale formula, although it does echo H1Z1’s Auto Royale. Fortunately, H1Z1’s rendition seems to have failed, not finding a reliable player base and being removed from the game a few months after it’s emergence from Early Access in 2018. Whether or not Warzone’s version will see the same fate remains to be seen, but there seems to be a lot of hype surrounding it so far.

The other big item in the update was the “Haunting of Verdansk” seasonal event later in October. Infinity Ward and Activision managed to keep this incredibly under wraps, because I don’t think anyone was expecting a Halloween event. Apex Legends had their event last year, and that could be why we’re seeing this, but no one knows for sure what this is or what it’ll be.

If I had to bet, I’d guess this is related to those Warzone zombie voice lines that were leaked about a week ago over on Reddit, although exactly what this would look like is anyone’s guess. The Reddit thread seems to be all over the place, with some people thinking the zombies will be dead players who attack the living and get to come back on a kill, while others think it’ll change the circle mechanic so that being outside the zone mean’s you’re free game to zombies and other players, while those inside only have to contend with regular players.

Whatever way that goes, I’ll be interested to give it a shot when the event goes live October 20th. Until then, I’ll be slowly working my way through the free Season Pass, grinding for the new guns in between attempts at a second victory in Warzone because despite my relatively high skill at the game mode, I haven’t managed a win since the week the game mode released.