The Apex Legends Aftermarket Event has only recently begun and already players can anticipate what to expect in the future. Thanks to some data mining by Shrugtal, Apex Legends has had their upcoming Shadow Royale mode leaked to the public.

The in-game description for the unannounced Shadow Royale mode can be seen in the following tweet:

It appears that Shadow Royale will be a very Revenant-focused event.

Revenant will now be running the show and introducing their own form of twisted vengeance on the Apex Games. Thanks to Revenant, recently slain players will get to pop right back up and continue to aid their squad from the afterlife in shadow-form.

These recently deceased players will have infinite shadow lives up until all real lives of their respective squads have been extinguished. This will allow all shadow-formed squad mates to terrorize opposing squads while protecting their own. That’s just the sort of crazy-fun one can expect from a game like Apex Legends.

Shrugtal’s datamining doesn’t stop there as he’s kept quite busy uncovering some new Halloween-themed skins for various Apex Legends characters, two of which you can see below. 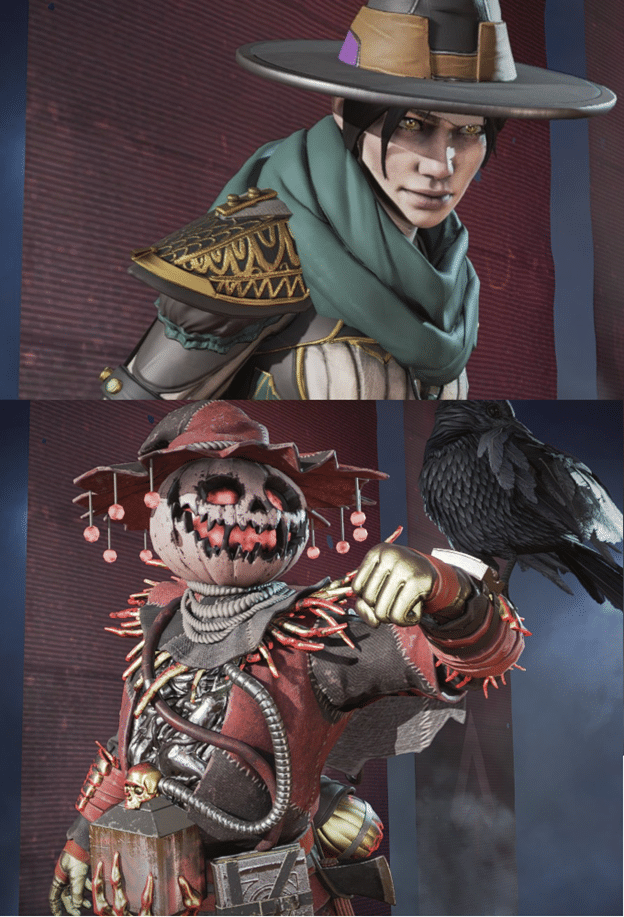 These skins and more look to go live alongside the Shadow Royale event at some point in the future. Seeing as they’re Halloween-themed, in all likelihood, this means that it’ll be in the near future.

A new character was also revealed, known only as “Horizon”. The character’s purpose is shrouded in mystery but fan speculation has this character assuming a non-playable legend role, instead being a new addition to the Apex Games. Future datamining should determine the character’s origins and motivations but at this point we’ll need to adopt a “wait and see” approach.