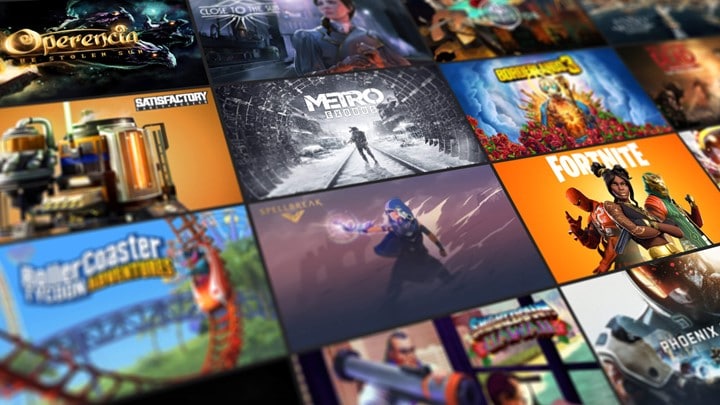 The New Epic Games Store Free Offerings are Up

The Epic Games Store, the best competitor to Valve’s Steam for PC gaming, is continuing the trend of offering top tier games for free. This week’s offerings are Abzu and Rising Storm 2: Vietnam, which aren’t necessarily on the same level as GTA V or Rocket League but are still pretty solid titles to pick up for free.

From developer Giant Squid Studios, Abzu is an underwater adventure game where players solve puzzles and unlock new areas in a linear path. While it isn’t an open-world, procedurally-generated exploration game, this is still an expansive game with a large number of things to see and interact with in each area.

The story has some depth to it, with the player character tasked with revitalizing the oceans after waking up floating in the ocean. The moment-to-moment gameplay is more in line with something like underwater Tomb Raider than Minecraft. Each area is crafted and built very specifically, with a puzzle of some kind that needs to be solved to move forward.

While that isn’t a bad thing, there’s very little replay value here for anyone looking for something to play over and over unless you’re trying to pick up every hidden collectible. The game is gorgeous and tells a beautiful story, but it’s no Red Dead Redemption.

All in all, a very good game to pick up if you’re looking for a game to spend a weekend on, especially for free.

Unlike FPS games like Call of Duty or Rainbow Six: Siege, Rising Storm 2 emphasizes playing for the team as opposed to playing for a higher kill/death ratio. The game plays into more realistic mechanics and combat, so anyone hoping to one-man army the entire enemy team with a pistol and grenade will have to look elsewhere.

Rising Storm 2: Vietnam has a wide array of customization for both player character but also weapon and munition variation as well. It also features a new squad system that rewards players for staying close to their squadmates, which is a good thing to incentivize given the multiplayer’s massive 64 player maps.

Of course, there are downsides. The game only has three multiplayer modes and a campaign, which is a lot given the size and length of the average match, means that if you get tired of what’s on offer here, you don’t really have a lot of options. The campaign, while telling a story, is essentially just one of the game’s multiplayer modes with AI as opposed to real players.

The game also has a relatively steep learning curve, even for veterans of other games in the franchise. While there’s plenty to enjoy here, don’t expect to pick it up quickly.

I don’t know how Epic does it, but there free offerings continue to be miles ahead of what we’re seeing on other platforms except for maybe the PlayStation Store, but Epic changes its lineup every week, where most others only see that rotation once a month. Regardless of the reason though, Epic continues to be my go-to for free games, and I don’t see that changing unless Steam, Xbox, and PlayStation seriously shift their attitude on free games.