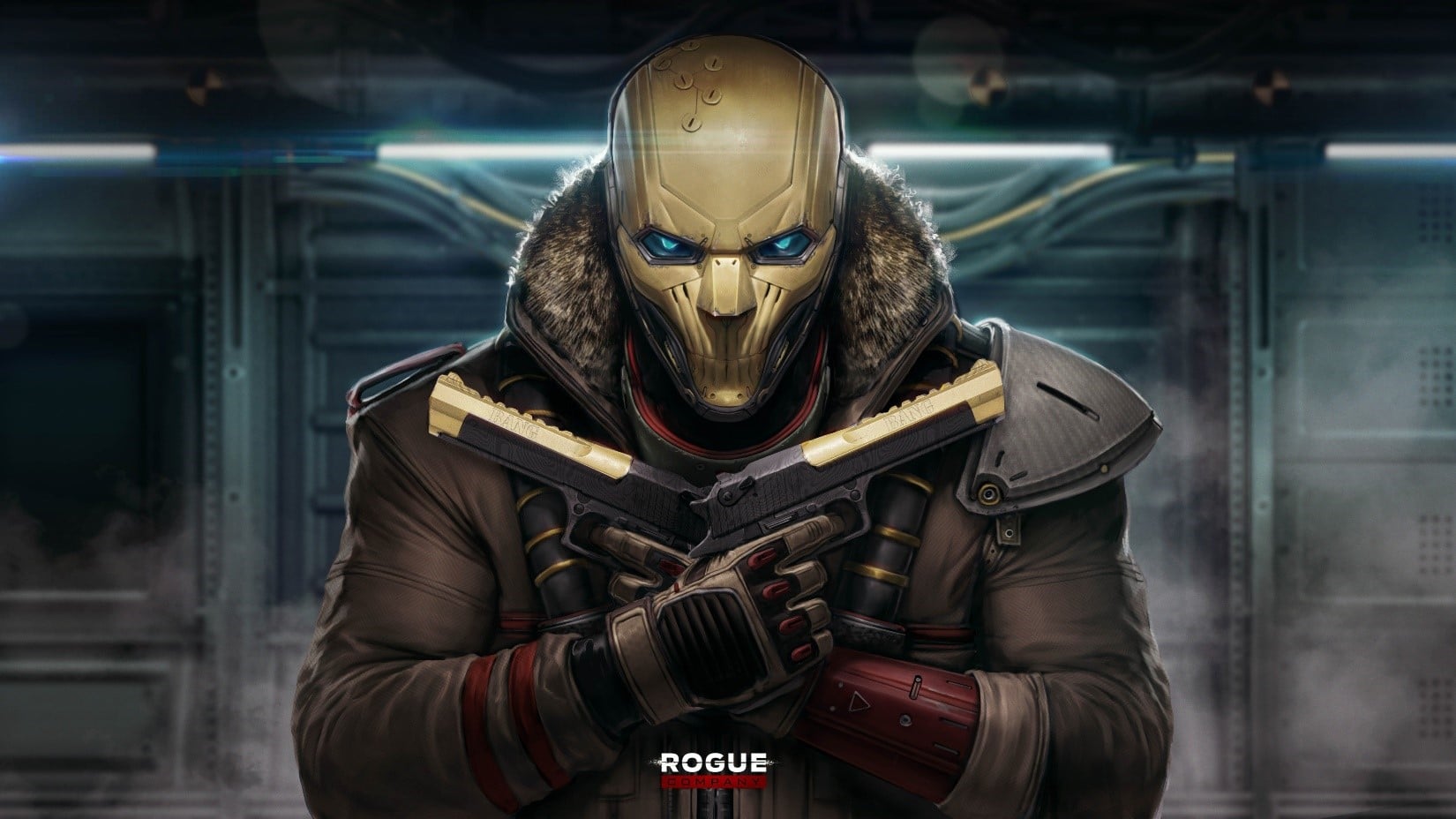 Now that the game has been out for about a week and a half and I’ve had the chance to sink my teeth into it a fair bit, I figure now’s as good a time as any to finally talk about Rogue Company from Hi-Rez Studios, the company behind Smite.

The game was released on October 1st, 2020 on Xbox One, PlayStation 4, Switch, and PC through the Epic Games Store. It’s an over-the-shoulder third-person shooter, so if you have any experience playing games like Gears of War or The Division, you’ll be right at home here. In terms of the game itself, think something more akin to Valorant than Overwatch or CS:GO. While the comparison can certainly be made in both cases with a fair degree of accuracy, Rogue Company doesn’t really fit the mold of any existing game too well.

Loading the game up for the first time was an experience, as there’s an unskippable cutscene that is actually worth watching. I’ll admit I spent the first minute or two trying to skip it, but after realizing it couldn’t be (at least on Xbox, where I’m playing it) I settled in, and I have to admit, this game has the sort of style and flair that I didn’t realize I was looking for in a game until I had it from the cutscene.

The cutscene ends and you’re offered the choice of playing through the tutorial or not, which I’d recommend doing. The controls are relatively standard, but there are some choices that take some getting used to that I’d really suggest doing in the tutorial than in an actual game. The game then nudges you into a match with bots, which again I’d suggest, as you’ll want the time to get used to playing and moving as part of a team, even if it’s with really bad AI companions.

To be completely honest, I don’t think it’s possible to lose that bot match after the tutorial, or even do anything but completely annihilate in it, as the AI is about as dumb as it gets. One of the AI in my match would routinely run to a pair of boxes and drop his deployable cover and then not move for the rest of the match. I’m not sure why, but hey man. Whatever works.

Issues with the AI aside, the game currently offers three modes: Demolition, Extraction, and Strikeout. If that sounds like a very thin offering, that’s because it is. Nine available maps means there’s a fair amount of mix-up, and if Hi-Rez is going for a CS: GO approach to gameplay and maps, they’ve certainly nailed it so far.

Of the three modes, the one that most players will likely end up gravitating towards is Demolition. Two teams of four compete to attack or defend two objectives, with the attacking team tasked with planting and defending a bomb. Of course, you could just eliminate the entire other team, which is how nearly every match I played ended. If this sounds familiar, congrats. You’ve found the CS: GO equivalent.

Extraction has the teams fighting over a control point, and hacking it gives you control. Hold it for a set amount of time, and you win the round. The other team wins by stopping the hack, making this very reminiscent of Call of Duty’s Search and Destroy.

Strikeout sees two teams fight over a control point with limited respawns. Controlling the point ticks down the other team’s respawn tickets, finally giving players a reason to play the objective. I can’t really think of a worthy comparison besides maybe Battlefront 2, so give it a shot before passing judgement. 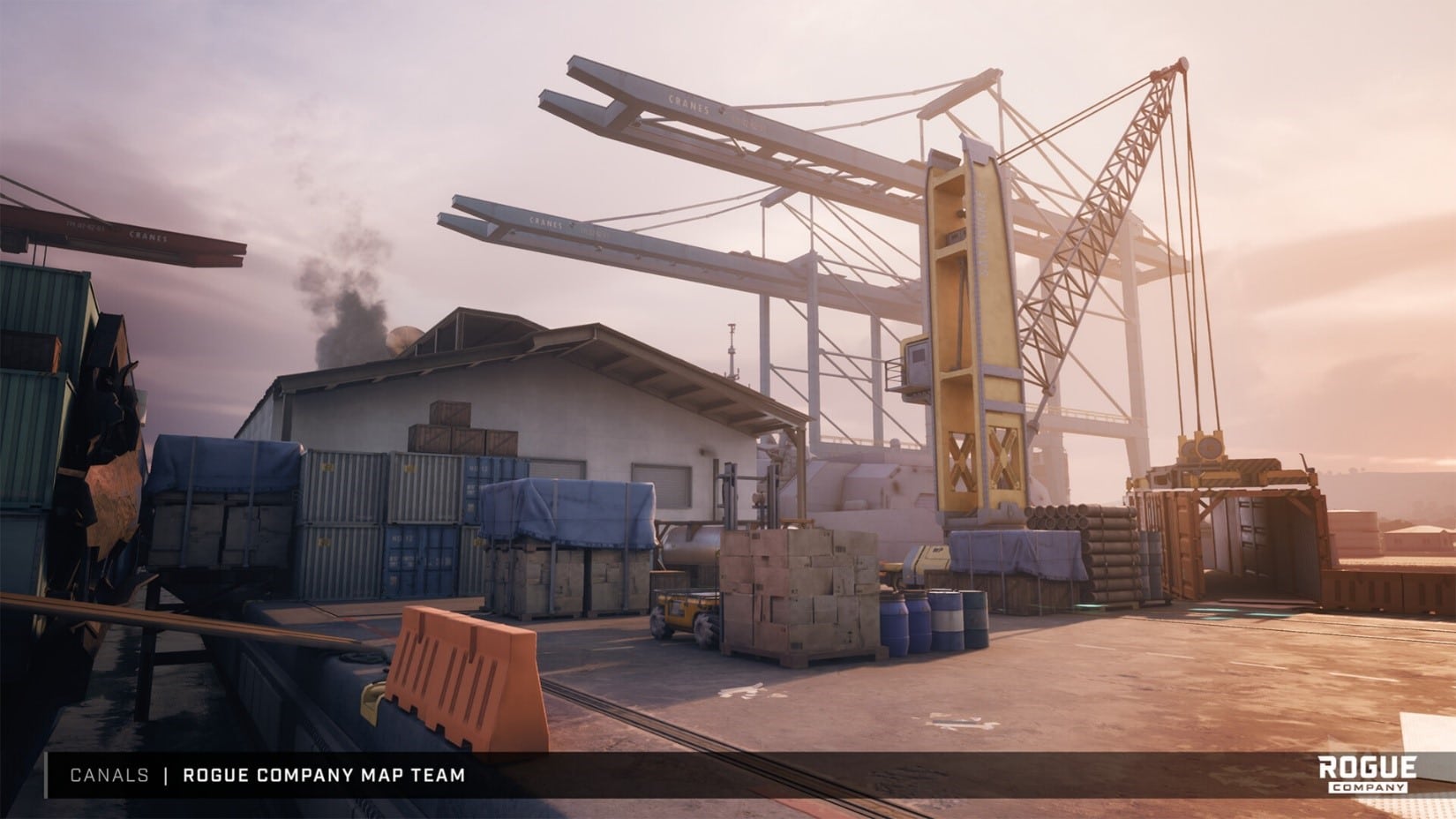 The good news is that if you play Demolition (which is the best of the three offerings in my opinion) you will see each map eventually. I played for three or so hours the other night, but only saw High Castle with one game on Windward though, so I think the map rotation algorithm could use a bit of work.

When it comes to gameplay, Hi-Rez…missed the mark a bit. Movement feels smooth but very floaty, which takes some getting used to. Aiming (at least on console) feels slow when ADS-ing and obnoxiously high when running around. This can probably be tweaked, which I suggest doing before you get too accustomed to the original settings, but is extremely jarring, especially with how quickly players can re-position with the dodge roll.

The game’s dodge roll and crouch are tied to two different buttons as opposed to being contextual based on whether your Rogue is standing or running. On Xbox, the roll is tied to B while crouching gets a confusing press of the right stick. Melee is thus moved to up on the d-pad, which makes it all but useless on console. The sheer number of deaths caused by my character rolling out of cover rather than crouching has left me somewhat hesitant to even engage anyone who sees me.

Each playable character, called Rogues, has a fun kit, and six of the fourteen total are available from the start, with the rest being unlockable with currency you can either buy or earn in-game. It’s definitely possible, but much like Rainbow Six: Siege will take quite a while to do. I have to say that so far, I don’t feel like I’ve been at a distinct disadvantage in any way by not having one particular Rogue, although some are much cooler looking than others.

When it comes to weapons, players can buy those at the start of each round, but it’s limited by character. Each Rogue has access to two weapons which fit two engagement distances, either close-range, mid-range, or long-range. You can only carry one primary at a time, but can swap these out freely between rounds without losing any upgrades, which can increase magazine sizes or decrease recoil.

Each Rogue also has a specific utility ability and passive that puts them into categories reminiscent of Overwatch’s support, tank, and DPS. While helpful, I often found myself ignoring these completely since they don’t drastically alter the flow of a match and aren’t showy enough to warrant special attention of one character or another on the enemy team in the same way a Reaper demands special attention in higher levels of Overwatch play.

The biggest issue I have with the game is the third-person perspective, which pretty much eliminates any need to actually put yourself into harm’s way or learn what good positioning looks like on each map to cover a certain area. Since the camera isn’t tied to what you’re looking at, it’s easy to camp a zipline or corner, wait for someone to run out into the open, and light them up. While this advantage goes both ways, it’s led to a lot of standoffs where everyone’s character is staring at a wall while the player has an uninterrupted view of the entire street.

This all adds up to a fun game, but one that seems to be trying to do too much at once and drawing from so many different possible sources of inspiration that I can’t help but wonder if this game will survive development, especially with Amazon’s Crucible biting the bullet and closing down servers next month. I don’t know what the game’s future will look like, but it’s certainly fun for a few hours once in a while, and being free means there’s really no harm in giving it a chance. If you don’t like it, all you’re really out is a few hours of downloading and playing it.