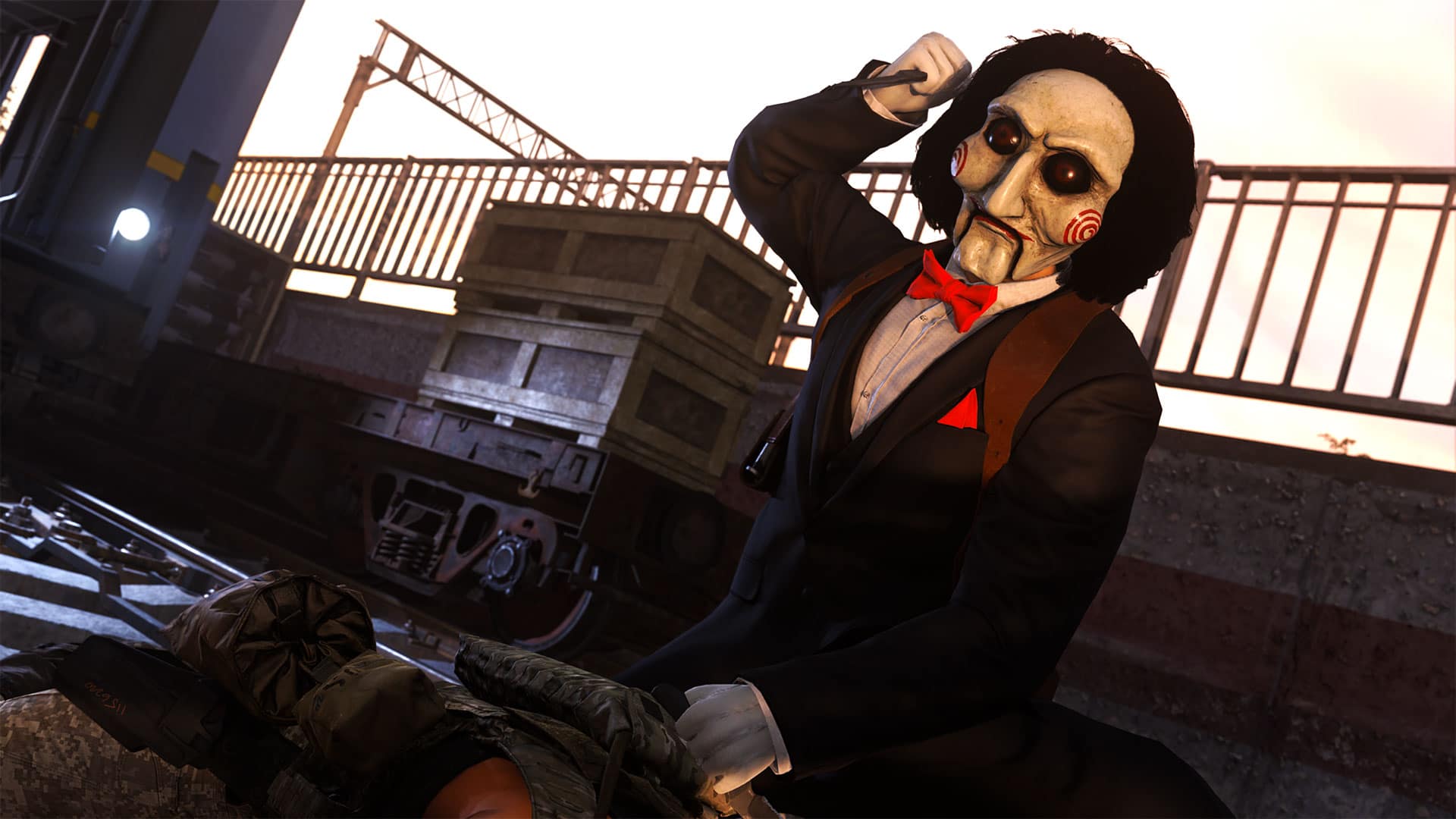 The Haunting of Verdansk Welcomes Jigsaw And Leatherface

The Haunting of Verdansk makes its return on Oct. 20, and will include new game modes, rewards, and skins pulled straight from from The Texas Chainsaw Massacre and Saw franchises. The skins in question will be that of Billy the Puppet (the weird doll on a tricycle) and Leatherface himself.

Fans of the Saw franchise will have a bundle packed with an assault rifle blueprint, a shotgun blueprint, a Cargo Truck skin, a tricycle charm, and “four other pieces of personalization content.” They’ll also be able to earn a special throwing knife called The Phlebotomozier, only available via the bundle.

Other available bundles include one that is themed after a character named Dr. Karlov, which features a skin, two electricity-themed weapon blueprints, a throwing knife, a vehicle skin, and others, which can be seen in the below image. 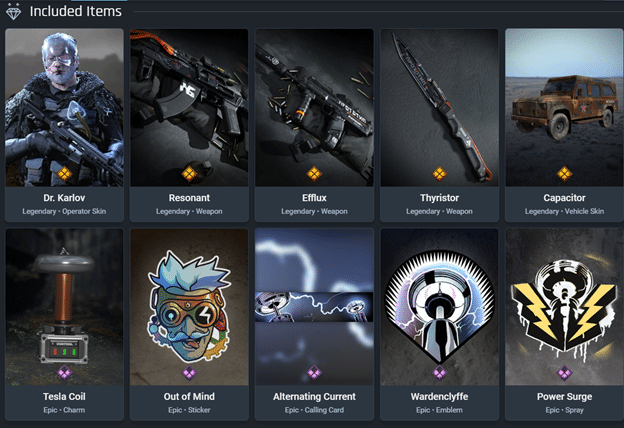 Additional Halloween-specific Call of Duty-themed bundles will also be available in the store.

It wouldn’t be a complete update if a few gameplay tweaks weren’t involved. This one just happens to come with a few major ones including a new weapon and a pair of new game modes for both the base game and Warzone versions of Call of Duty.

The automatic shotgun, the JAK-12, is being added to the game. This shotgun will fire faster than the other shotguns currently available to players and come with its own unique attachments –explosive rounds and a large capacity 32-round magazine. Players will be able to claim the JAK-12 via an in-game challenge, or purchase the Lacedaemon blueprint directly from the in-game store.

Warzone will now give players a dark option in Verdansk. This mode will make it much more difficult for players to spot one another without the use of special optics. The dark version of Verdansk also offers up a few scares by including a ghost train, a cameo from Billy the Puppet, and the specter of Leatherface. 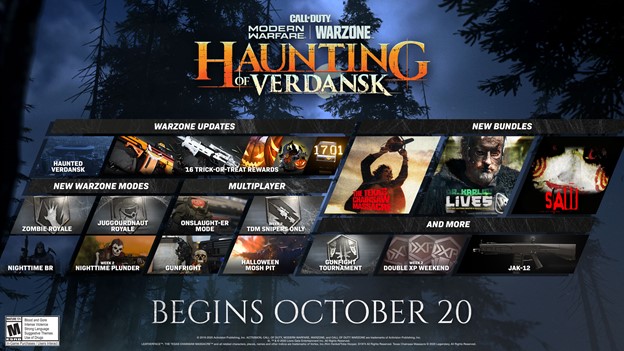 The other game mode coming to Warzone is a new Zombie Royale, which pretty much is exactly what you’d expect. It takes the standard battle royale mode but once a player is downed, that player comes back as a zombie to wreak havoc on the remaining players.

Naturally, the newly undead will not be armed with guns, but they can run at breakneck speed, leap the greater heights, see in the dark mode without optics, and slapbox with the best of ‘em. Zombies who do a really good job at taking down the living will have a chance to return to the land of the living and once again engage hostels with weapons locked and loaded.

Trick or Treat loot boxes can be found in all modes of Warzone and can include the Return to Dust assault rifle blueprint, The Cleaver melee blueprint, a bunch of other cosmetic rewards, or a “trick” aimed at giving players a jump scare. Some will cause graphical changes while others may play eerie audio noises in order to catch your attention.

The Trick or Treat loot boxes are scattered all across the map and the contents of each one will change from match to match. Players lucky enough to find all 16 available rewards will be given the Pumpkin Punisher assault rifle blueprint, which is an alternative blueprint of the Grau 5.56.

The Pumpkin Punisher will have the following attachments:

The base game of Modern Warfare will see a Halloween tune-up to the multiplayer in the form of a jack-o-lantern head. Players who nab a killstreak of three or higher will see their head turn into a glowing jack-o-lantern. Keep the streak going for a total of 10 kills and the pumpkin will be set ablaze.

Other cosmetic changes in keeping with the halloween aesthetic are scarecrows found on domination points and skulls in place of dog tags in Kill Confirmed.

Modern Warfare’s first new mode is called Onslaughter, which spawns a Juggernaut suit (donning a jack-o-lantern head, obviously) in the middle of the map that squads will need to escort to an end goal.

Snipers Only is a deathmatch where players will be forced to use well, sniper rifles, in order to take down opponents. Nothing thematically spooky or candy corn-coated about this mode but it will still be available nonetheless.

The event runs through Nov. 3 so you’ve got a couple of weeks to grab up all of the Halloween goodies before they’re tucked away for next year. This is especially important for the Pumpkin Punisher blueprint as it is available to use in all modes, but will be unobtainable once the event ends.

The Haunting of Verdansk