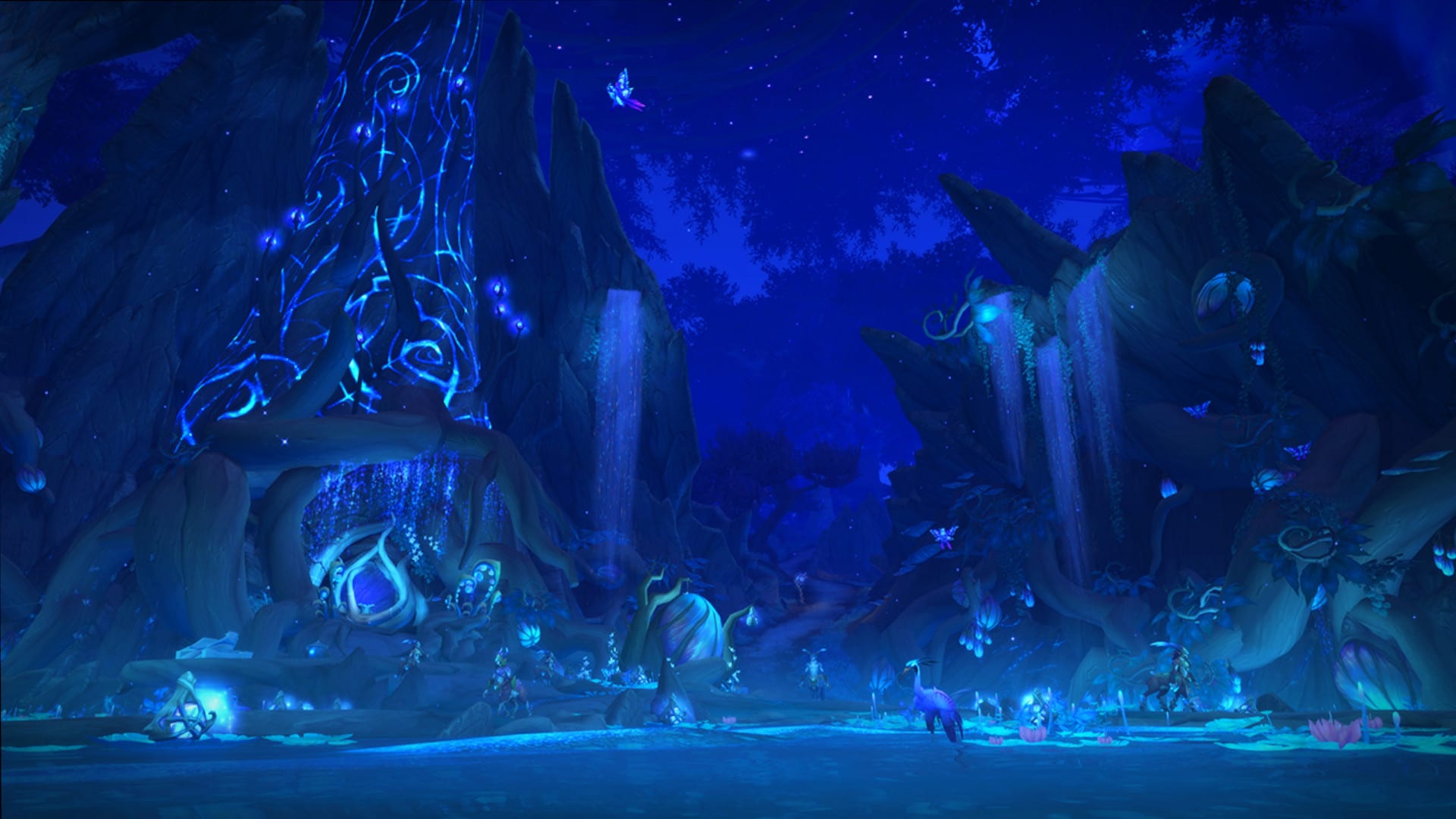 How To Earn Anima Conductor Rewards in Shadowlands: Night Fae

Anima Conductors allow your character to control and direct how anima streams flow throughout key areas of your chosen Convenant’s zone. Each stream opened will allow you to earn certain rewards for the tasks required. You can improve the Anima Conductors using anima earned from various tasks in the Shadowlands expansion.

Our guide will focus on the Night Fae Covenant which is located within the Ardenweald zone.

Before you can use the Anima Conductor, you’ll need to first unlock it. Zayhad, The Builder <He Who Shapes the Forest> can be found on the lower level of the Heart of the Forest.

Veering left from the entrance to the area will be where you can find Zayhad to unlock and upgrade the Anima Conductor. Once unlocked, you’ll receive a breadcrumb quest to activate it, beginning with Root Restoration, and ending with The Roots Thirst.

Now that the Night Fae Anima Conductor is activated, we can begin with the fun stuff.

Clicking on the Anima Conductor will provide you with two choices for directing anima flow at tier 1. Only one of these streams can be active per day and that stream will remain active for the full 24 hours. It’s possible to time things correctly and have two streams up at once without the need to reinforce them, which is something that can be done via upgrades.

Tier 1 gives you access to a special treasure (Glitterfall Basin) or the ability to fight a champion (Dreamsong Fenn).

The special treasure is the Large Lunarlight Pod, which will appear translucent at first approach. 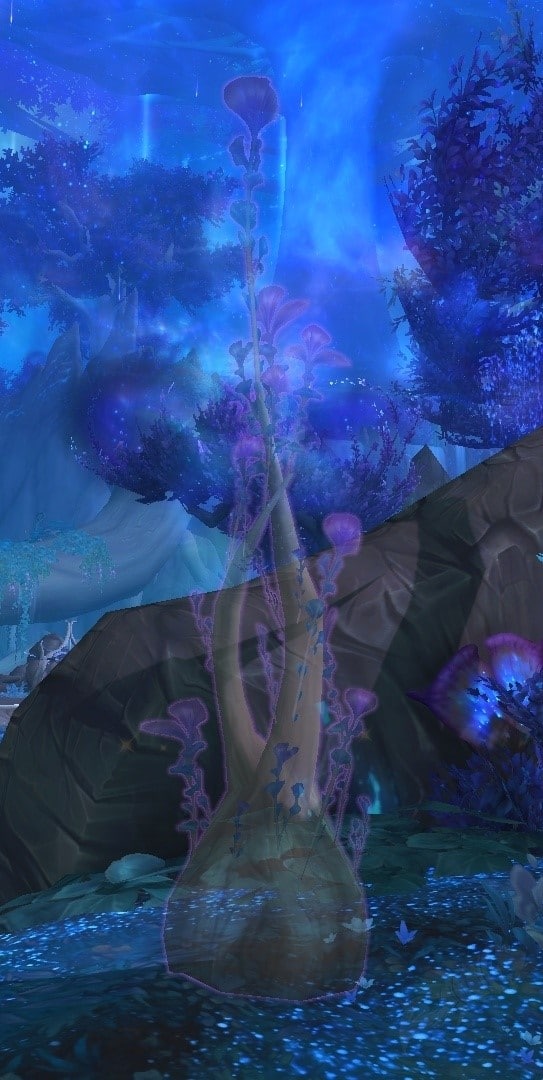 It will require that you run over five Lunarlight Buds in the surrounding area before opening. You’ll know that you ran over a pod when the blue orb situated within it is gone. 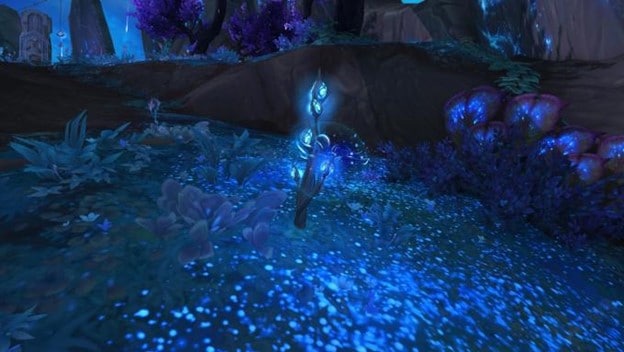 The treasure is rather random –usually a few vendorable greys worth some gold and anima items, though it’s possible to yield green- and blue-quality gear items, conduits, and Queen’s Conservatory items. Regardless of the actual treasure, you will receive 500 reputation with the Court of Night and two Grateful Offerings.

The second stream opens up performances at the Star Lake Amphitheater. Each performance is a “play” you participate in through Dapperdew <Stage Director>, who can be found on the main stage. These plays are actually just battles with Night Fae actors taking the roles of familiar enemies in the following list:

Speak to Dapperdew <Stage Director> to begin the “performance” and get credit for it by killing the summoned enemy. The chosen play is random and you can wind up fighting the same enemy days in a row. This can be an unwelcomed pain when attempting to complete the achievement Ardenweald’s a Stage.

Once the fight is over, collect your loot of 500 reputation with the Court of Night and two Grateful Offerings. Additional rewards can be purchased by Master Clerk Salorn, who sells various items that only unlock after completing certain milestones. These items can include new pets, a Soulshape spirit, varying weapon and cloak transmogs, and the Silky Shimmermoth mount. 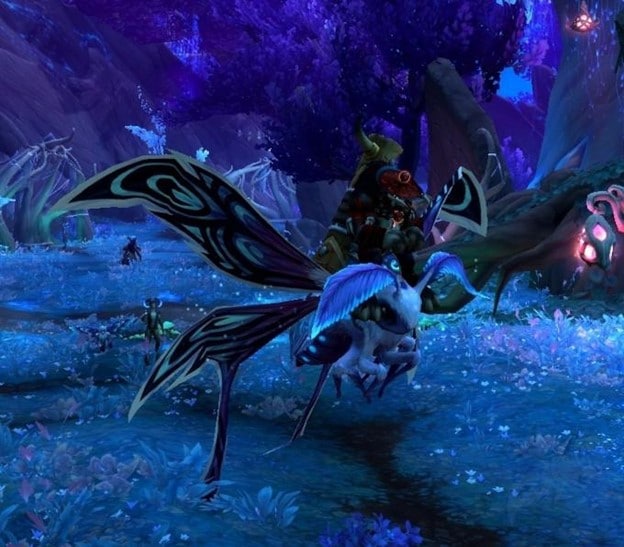 Two additional anima streams are available once the Anima Conductor has been upgraded to tier 2. Only one stream is allowed open within 24 hours just like the previous tier.

The world quest that appears on the map will be specific to your character and provide its own rewards. Completing it daily will render 1000 reputation with Court of Night and three Grateful Offerings.

Similar to the world quest, the daily quests provided will be random and only available to your character. There are more than two new daily quests in total, however only two can be completed per day. The caveat to this is if you reinforce the stream headed to Hibernal Hollow, you’ll receive two rotational daily quests.
Completing both quests will net you 1500 Court of Night reputation and 6 Grateful Offering.

This is the final tier and will open up two more anima streams. You’ll now have access to mighty Night Fae enhancements (Claw’s Edge) and the chance to challenge a powerful foe (Tirna Scithe).

The Night Fae enhancement is a one-time daily buff that lasts for 24 hours and persists through death. Only one enhancement can be chosen per day and are only applicable while you are in the Ardenweald zone.

You’ll have to talk to the NPCs inside the hollow tree at Claw’s Edge to receive your enhancement.

Players who have been keen on doing a bit of exploration within Ardenweald, may have stumbled upon this powerful foe. Valfir the Unrelenting is quite a formidable encounter that it will require a raid to take him down.

Valfir the Unrelenting is a powerful foe indeed, requiring a large number of well-geared players to take it down. Thankfully, it only takes a single Night Fae aligned character to utilize the anima stream to reduce Valfir’s damage-reducing shield. Likewise, all other members of the raid, Night Fae or otherwise, can claim loot off of his corpse. That is, if you can take him down, of course. 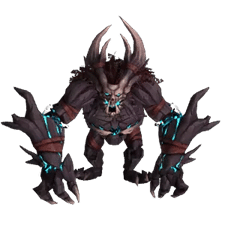 Valfir the Unrelenting uses Misty Veil, a defensive spell that gives him a 200% increased chance to dodge attacks. This makes him nigh impossible to kill without taking down his shield. The player who activates the Night Fae Anima Conductor stream targeting Tirna Scithe, will be able to see and interact with a Sparkling Animaseed. This will prompt an extra action button that the player can press to activate Animaseed Light. This removes the shield that Valfir hides behind, allowing your raid to tear into him.

Taking down Valfir rewards the anima stream activator with 6 Grateful Offering and 500 Court of Night reputation. However, this is not the only prize that all players in the raid have a chance at acquiring. 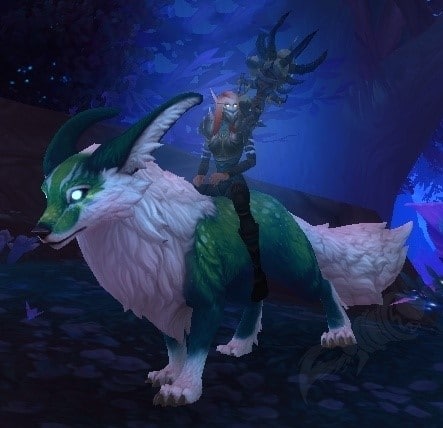 The Wild Glimmerfur Prowler is a mount that has a chance to drop from Valfir. Reportedly, players who take down Valfir’s shield completely, will push the droprate of this gorgeous green fox mount to 100%.