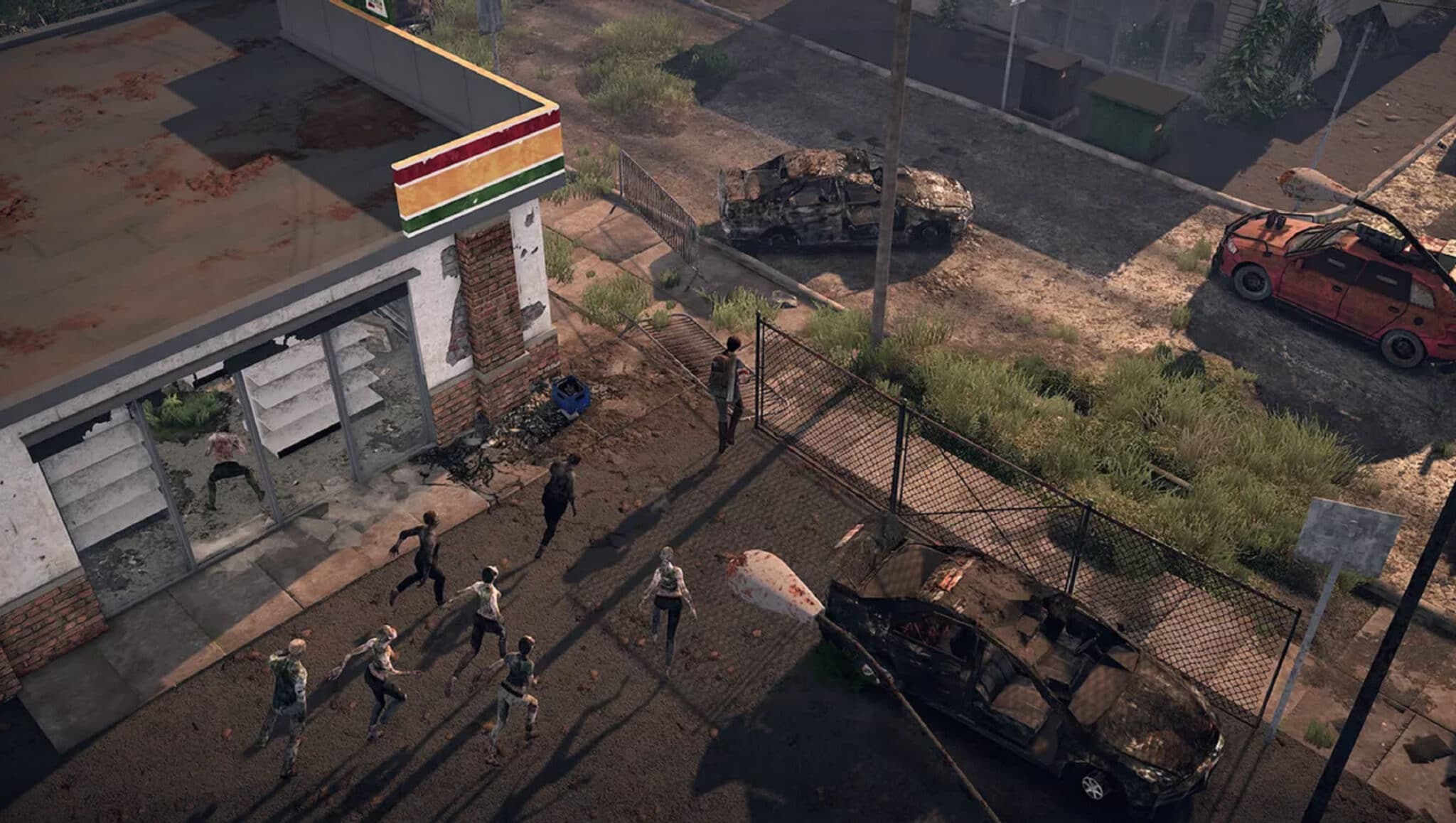 What started as a series of Adobe Flash games is being recreated from the ground up for PC. The Last Stand: Aftermath is the fifth game in the Flash series and the first to be finding its way to Steam. The rogue-lite action-adventure, developed by Chris “Con” Condon of Con Artist Games, will pull elements from the first four titles to deliver a tense fight for survival against a growing horde of the undead. Con Artist revealed Aftermath through a Kickstarter campaign raising funds to aid in development.

Described as a “premium single-player standalone action-adventure rogue-lite,” Aftermath once again drops players in a world ravaged by the walking dead. The only thing that matters is survival, which is made quite difficult by the sheer number of ravenous corpses. Unfortunately, that’s not the only threat for the playable, randomly generated “Volunteers.”

Everyone in Aftermath is infected, so death is inevitable. The question is, how useful will each Volunteer be before they die? Players man one survivor at a time, guiding them through decrepit, randomly generated isometric environments in search of supplies. When they find a stash, it becomes a matter of helping the enclave or hoarding what’s inside for themselves. Every decision made will affect future playthroughs, and players must carefully decide if the survival of their current Volunteer is worth risking the safety of others.

After a player dies, either by viral progression or an inhuman monstrosity, they step into the shoes of another survivor. If they were generous with found resources, they’ll have more to work with. The strategic element forces players to consider every choice. At times, that’s going to mean sacrificing their current Volunteer.

Being infected isn’t all bad news. The virus coursing through each Volunteer comes with some nifty perks to help in the battle against the undead. Along with an arsenal of melee and ranged weapons, players will utilize mutations, though everything comes with a cost. In this case, it’s what’s left of their humanity.

The Last Stand first released in 2007 as a defense shooter. Players manned a survivor named Jack and mowed down zombies before they could break through a barricade. In between waves, players could send Jack into the decaying world to search for survivors and weapons. The concept was expanded upon in 2008 with The Last Stand 2 and further fleshed out with 2011’s The Last Stand: Union City. It wasn’t until The Last Stand: Dead Zone, which seems to serve as the framework for Aftermath, that the camera shifted to a top-down view, players were given more freedom to maneuver about the environment, and an online component was added.