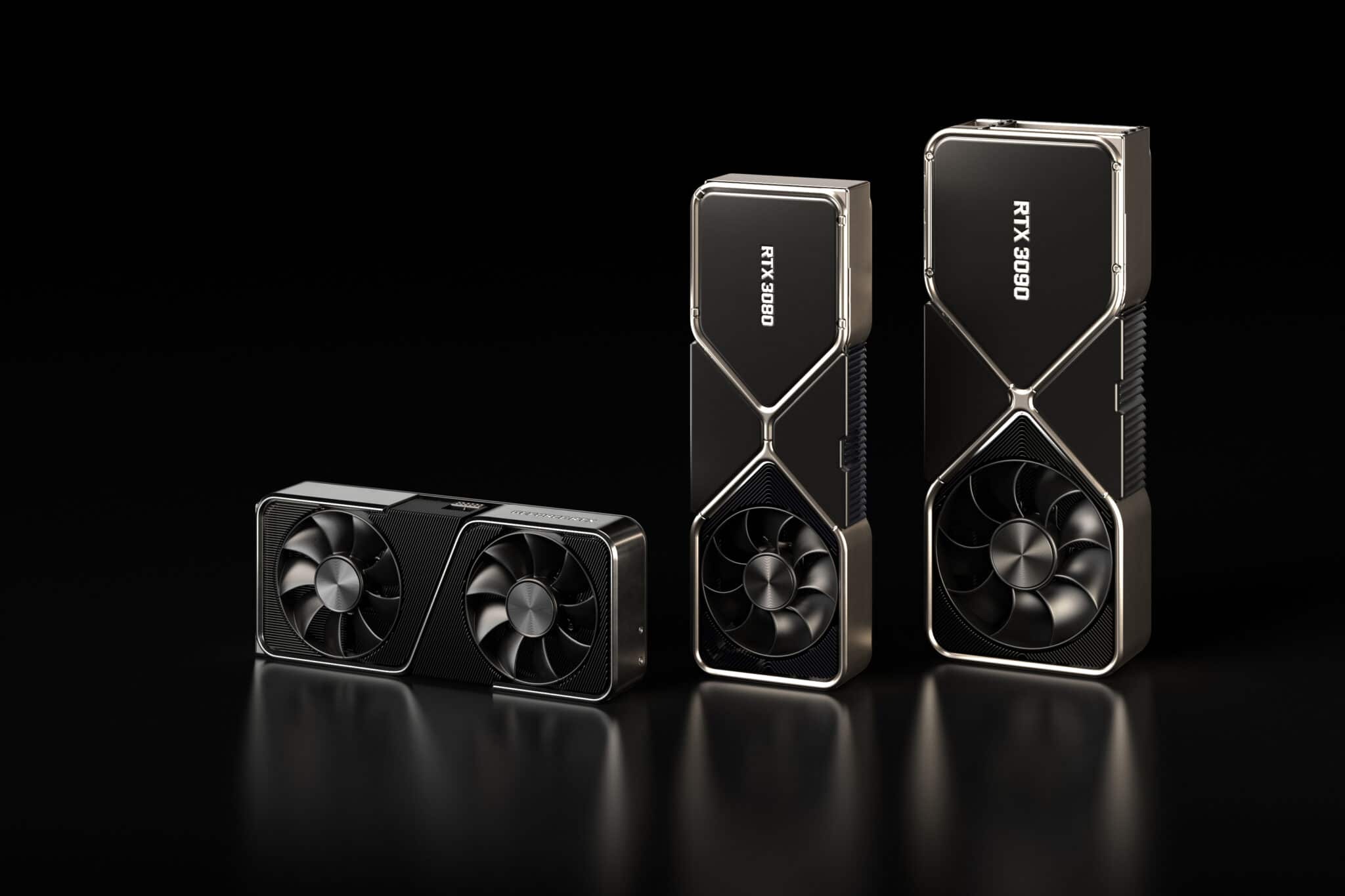 The NVIDIA RTX 3090 is Here, and it’s already Gone

Today was the launch of NVIDIA’s new 30 series graphics cards, and unsurprisingly, they were gone within minutes of going live on NVIDIA’s store. Other retailers held onto stock for a bit longer, but within a half hour of going live for sales, the only way to get your hands on one is to pre-order a pre-built PC from retailers like iBUYPOWER and Alienware.

When it comes to the graphics card itself, you’re looking at upwards of $1,500 USD. You’re definitely getting your money’s worth, as this is the most powerful graphics card on the market as of the writing of this article. The other 30 series cards are still many magnitudes greater than the current 20 series cards, but the 3090 is the cream of the crop.

The card itself boasts an incredible set of specs. You’re looking at five times the number of CUDA cores, boosting your resolution, second generation ray tracing, 8K HDR performance, and a host of other upgrades from the base 2080 graphics card. The 2080 Ti is a bit closer in terms of performance, but you’re still looking a drastic performance upgrade by jumping to the newest card if you can afford it, and can find one.

If you’re in the market for a new graphics card, or need the newest and greatest, the 3090 is as top-of-the-line as you can get right now. A leak suggests we’ll see another card sitting between the 3070 and 3080 at some point down the line, but when that’ll be and how much it’ll cost is still up in the air.

Unfortunately, there aren’t any 3090’s left. Or any of the 30 series cards, actually. It’ll probably be some time before we see more cards hit the market thanks to the coronavirus pandemic and the massive number of backordered cards that have to get sorted out first.

If you recently upgraded to a 2080 Ti or 2020 Super, or just don’t have any particular reason to shell out the cash to upgrade your graphics card right now, feel free to hold off. The 30 series cards are a massive upgrade, but unless your machine can handle 4K or 8K graphics at 60+ frames with ray tracing and NVIDIA’s DLSS AI rendering technology, I’d consider passing on this. The 3090 is a powerful card that can do some incredible things, and it’s well worth the cash if you can spare it, but considering how long it’ll likely be before more of the cards hit digital shelves, I wouldn’t worry too much if you couldn’t get your hands on one.