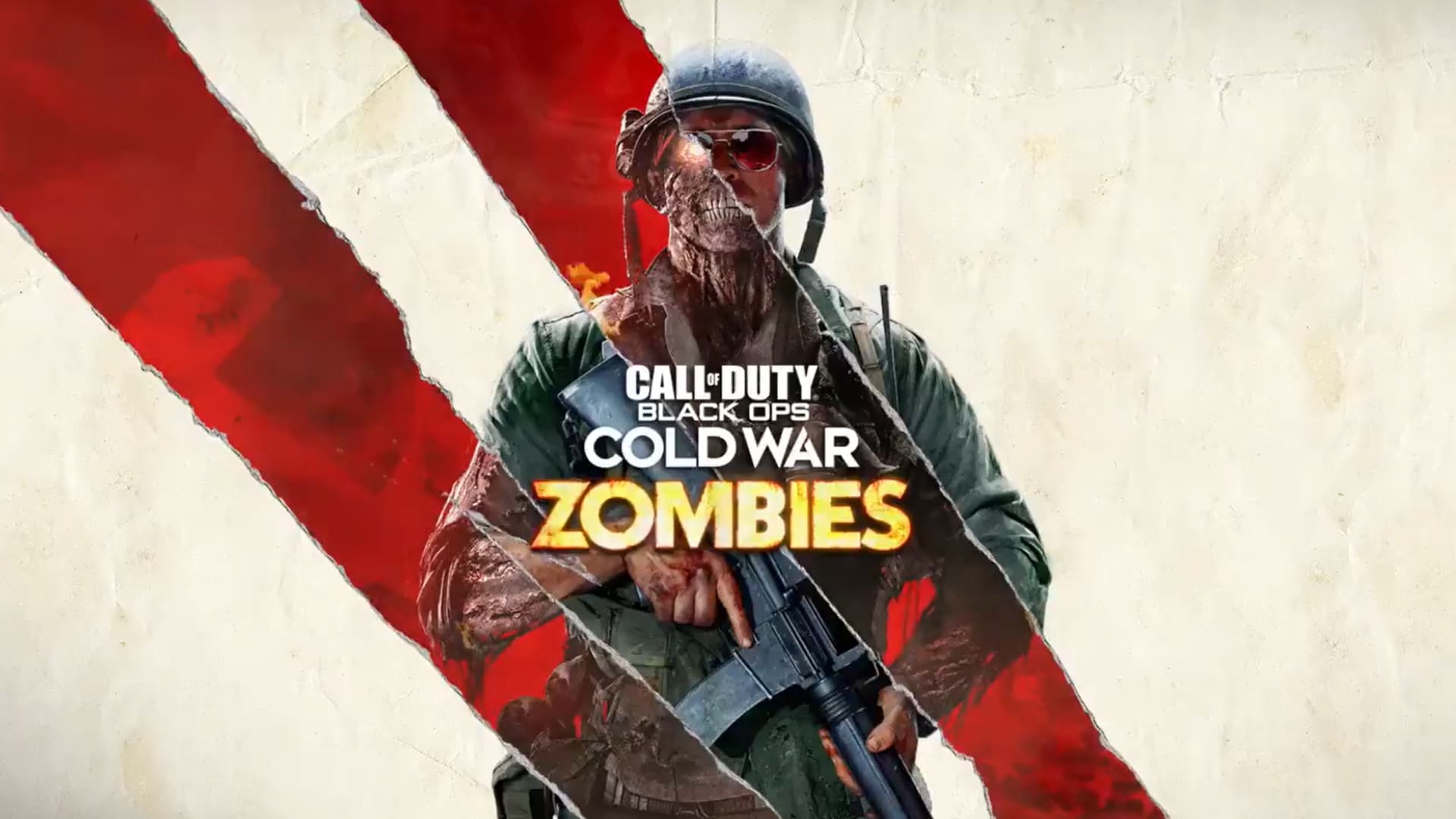 The Cold War Zombies reveal was a wild ride from start to finish, and while I wasn’t planning on picking up the game on launch, I think I might have to now. That’s the effect that reveal had on me, and I swore off this game based on the multiplayer alpha we’ve seen so far.

There’s so much that happened that I’m not entirely sure where to start with this either. Let’s start with the gameplay, as that’s what most people care about most.

The moment-to-moment gameplay is exactly what everyone expects. Round-based zombie spawns with power-up drops, the mystery box, and most importantly, the classic perk system. It seems like Treyarch listened to fan feedback from Black Ops 4 and thankfully agreed that the classic perk system needed to make a comeback. The old perks are returning with some (Deadshot Daiquiri and Speed Cola for sure) getting updated machines while Juggernog and Quick Revive have their old looks. We also got a look at a new perk, Elemental Pop, which could be Electric Cherry, renamed and reskinned, but only time will tell.

The map does seem to be bigger than any other we’ve seen, with expansive indoor and outdoor areas, including the start of Treyarch’s foray into zombies, Nacht der Untoten. Redditors guessed it correctly after the multiplayer reveal, and it’s part of the starting area, although we’ll see an underground section as well. The outdoor sections seem to be the outdoor areas from Nacht, although we won’t know for sure until launch day.

There’s a whole host of changes to how guns work, the biggest being that players can now drop in with whatever guns they have unlocked in multiplayer, with whatever attachments they want. Progression is now shared across not only all modes, so leveling you do in multiplayer will directly impact your zombies gameplay, and vice versa. Killstreaks such as a sentry gun and the far more devastating chopper gunner were also shown-off, although they were tightlipped on how we get access to them. The weapon system also sees a change, with all weapons having a rarity and power level, but what that means doesn’t quite make sense. Is this the introduction of a Fortnite-style power system, or a defined “these are the better weapons” system that players always sort of felt out before? As with everything, we won’t know until the November 13th launch.

Special zombies, ala Black Ops 4, do seem to be making a return in a way, with at least three different types shown in the trailer. We saw an acid zombie that splits in two when it takes enough damage, acid hounds that seem to replace hellhounds from previous entries, and a boss zombie wearing a yellow biohazard suit that spits some kind of an acid attack. How these will work isn’t clear from the trailer, but I’m hoping the boss zombie is more akin to the Panzer Soldat from Black Ops 2’s Origins than Black Ops 4’s boss zombies; I’m fine with having them appear, but having them be identifiable rounds as opposed to random rounds in a run would be nice.

It was also revealed that players will be a part of a group called Requiem, “a CIA-backed international response team led by Weaver…” meaning there is no returning characters from zombies entries of the past. While I am sad to see Richtofen, Dempsey, Takeo, and Nikolai go, this is a refreshing change. There were two other groups mentioned, one is the Soviet Omega Group, which is a direct competitor to Requiem, and the other is an unidentified cast of extra characters “delivering insights and intel…” It sounds like there may be a secondary mode where two teams of four players go head-to-head like Black Ops 2’s Grief mode, but there’s no confirmation on that.

There is also some kind of crafting system for equipment beyond just picking it up or buying it, and they can also be used in combination, hopefully in a system akin to Anthem’s.

Probably the biggest change is the mode’s new Exfil system. In entries past, the only way to end a game was for everyone to die, or quit. Now, there’s an exfiltration, whereby players call-in a chopper to pull them out. You get some rewards for doing so, but face increased zombie spawns for a few rounds until it arrives.

If, like me, you enjoy the story of the zombies mode just as much as the gameplay, then this entry will tick all the right boxes. Craig Houston, the Lead Writer, said that “We’re starting fresh, embarking on a completely different story within our universe…Within Black Ops 4, our characters sacrificed themselves to collapse the multiverse and try and create a singular world where zombies didn’t exist. And, they were half-right.”

It sounds like the events of Black Ops 2–4 still take place, but with the end of Black Ops 4’s story as the heroes collapsed the multiverse, they also re-wrote history in the process, presumably ending the zombies threat, until someone or something brought them back. As Craig puts it later in the reveal, “Canon is canon. And we’ve put one story to rest, but as you comb through this new universe, don’t be surprised if some things don’t want to stay dead.” There are a lot of unknowns still floating around related to the old zombies storyline, and it sounds to me like Cold War is looking to capitalize on those in a big way.

As the story unfolds, nobody will be left behind, with new DLC content being released for free for the first time in Treyarch history. There won’t be anymore cases of a splintered player base across four expansions, and hopefully they keep this trend moving into future installments.

Of course, not everything in the reveal was all good news. One big change that could fall under good or bad, depending on how you view it, is the cross-platform play of the game. PC will once again rise up to terrorize their console brethren in multiplayer, while coming to their aid in zombies. The other, potentially really bad one comes from the end of the reveal, with Director of Communications John Rafacz stating that the game features “progression systems that tie zombies to the Battle Pass.”

What I’m hoping that means is that players who want to spend six or more hours a night on zombies can still level their Battle Pass when they want a break from multiplayer. What I’m worried that means is that some unlocks for zombies will be exclusive to the paid tier of the Battle Pass. I hope my fear is unfounded, but given Treyarch’s monetization models in the past, I’m not hoping for much.

All in all, this reveal was huge, showcasing impressive gameplay, with more zombies on the screen at one time than I’ve seen in past entries, and interesting changes to the old zombies formula and story. I have my reservations, as should anyone reading this or watching the reveal for themselves, but consider me cautiously optimistic. If nothing else, I’m seriously considering picking up Black Ops: Cold War for the campaign and zombies.