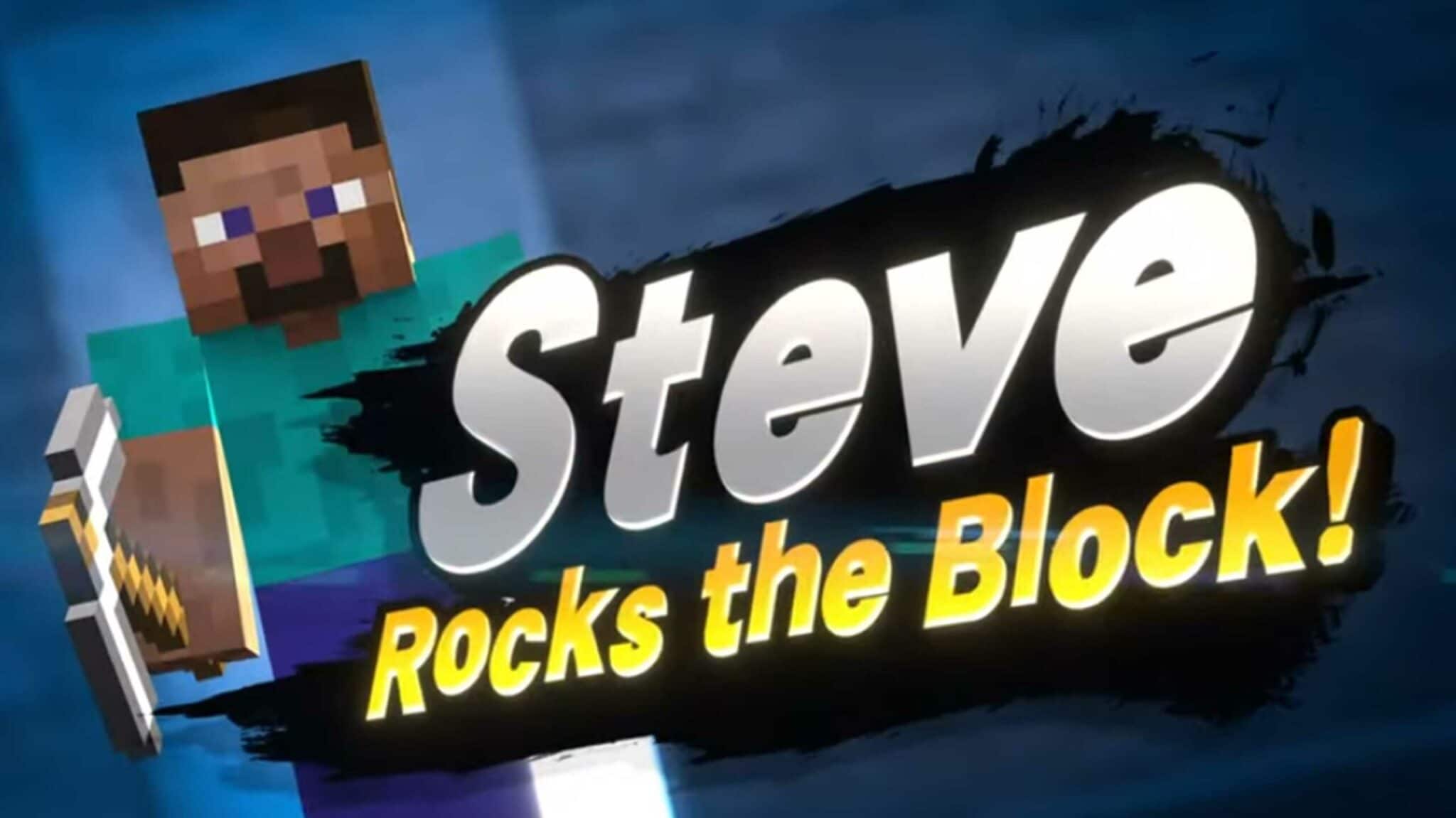 Emerging from his blocky world, Minecraft Steve joins the fray in Nintendo’s Super Smash Bros. Ultimate. Though it may seem like an unprecedented move for a Microsoft-owned character to cross platforms, it’s not the first time Smash Bros. received a character beyond Nintendo’s assortment of fighters. The announcement came during a three-minute reveal on YouTube.

Steve joins Smash Bros. as the eighth fighter in a surprising, shocking, and, depending on who you ask, displeasing addition. Players have been clamoring for Doom Guy or Master Chief to join the growing roster of fighters, but Steve is a logical step that combines two of the most popular franchises in gaming.

The character’s blocky style remains intact as he squares off against Mario and company. Based on the reveal, Steve fits right in with the chaos of Super Smash Bros. Employing the use of Creepers and other baddies from his world, he’ll give the ever-growing gallery of opponents a run for their money.

Producer Masahiro Sakurai confirmed that Steve’s release date is going to be confirmed during a stream on Saturday, Oct. 3 at 7:30 AM PT. Sakurai also stated that the stream will go deeper into Steve’s fighting style. Based on the initial reveal, it’s clear that Steve will be bringing some of his tools in from his pixelated world, including dynamite boxes, pitchfork, and so much more.

The Minecraft fighter will come with seven new tracks to enjoy and a new stage ripped right out of the Microsoft-owned property. Additionally, players will be able to swap out skins of Alex, Enderman, and Zombie. It hasn’t been confirmed if the new skins will come with new attacks, though it’s likely they’re simply cosmetic changes.

Steve is part of the $30 Smash Bros. Fighters Pass Vol. 2 that has so far included Arms fighter Min Min. Four more characters are still slated to be released as part of the pass by the end of 2021, Nintendo said. Smash Bros. Fighters Pass Vol. 1 included Terry Bogard from Fatal Fury, Joker from Persona 5, the hero from Dragon Quest 11, Banjo-Kazooie, and Byleth from Fire Emblem: Three Houses. Each character came with new music and a new arena to battle on.

The addition of Steve further confirms Microsoft’s desire to work with other publishers and developers. Mojang originally launched Minecraft, but in 2014, Microsoft purchased the development team and the intellectual property for $2.5 billion. This further muddies the waters of the ZeniMax deal that has players feverishly debating whether future Bethesda titles, now owned by Microsoft, will find their way onto the PS5 and Switch.