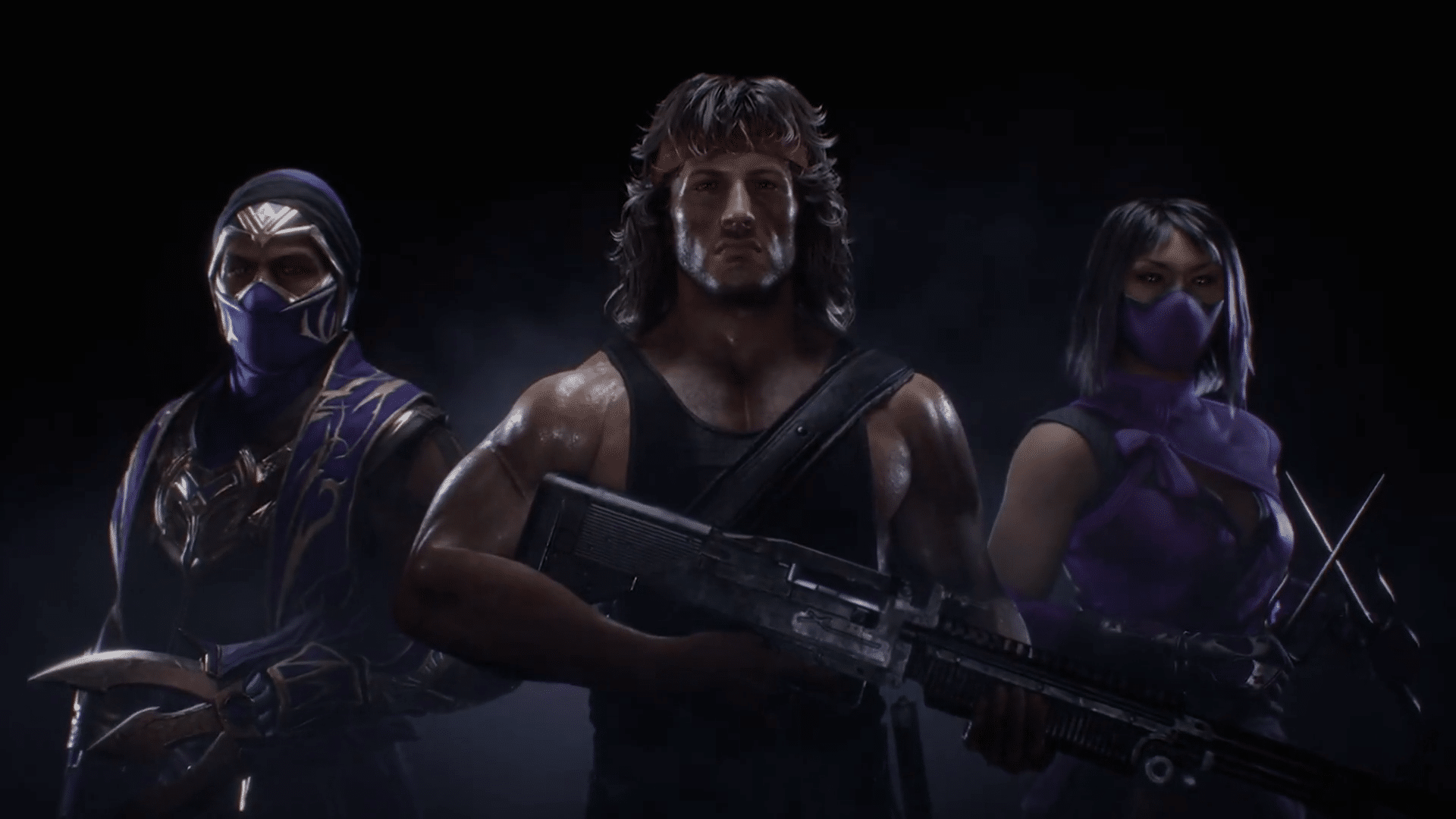 Rain, Mileena, and Rambo are the next cast of playable characters to be attached to Mortal Kombat 11 courtesy of Kombat Pack 2. This news was announced on Thursday by developer NetherRealm Studios.

Rain, the purple ninja named after Prince, will be rejoining the cast in a reimagined way. On the PlayStation Blog, the NetherRealm story and voice-over director Dominic Cianciolo, has stated “Rain now wields a katar, which he uses to slash and stab his opponents. Rain can also use his magic to open a rift to a previously unknown watery realm. Here, all of his classic moves are reimagined. His water powers are also expressed in new and unique ways.”

Shang Tsung’s genetic experiment, Mileena, has been a long requested addition to the cast by fans that is finally being honored. Clothed in her more familiar ninja garb from Mortal Kombats’ passed, the razor-toothed beauty is more Tarkatan than human this time around.

John Rambo will be making his Mortal Kombat debut, red bandana and attitude intact. Sylvester Stallone will even be reprising the voice role for Rambo, who appears similar to his original 1982 countenance. Rambo’s appearance in the film First Blood was that of a weary veteran recently returned home from the Vietnam war. Though the look may be based on his First Blood appearance, Sony has confirmed that the teams working on Mortal Kombat 11 “drew great inspiration from that film, as well as the subsequent sequels.”

On the PlayStation blog, Sony iterates that “playing as Rambo is like time-traveling back with Kronika to 1982 (and) or character artists have perfectly captured Rambo’s look from ‘First Blood. Of course, having Sylvester Stallone voice one of his most iconic characters is an absolute thrill. We worked hard to make sure that every line of dialogue was true to the Rambo that fans know and love.”

Licensed characters outside of the original storyline are nothing new to the Mortal Kombat franchise. Appearing in post-release downloadable content (DLC), fans are given additional characters, such as horror movie icons Freddy Krueger and Jason Voorhees, to keep the game fresh and interesting.

The game’s first Kombat Pack included original characters Shang Tsung, Nightwolf, and Sindel as well as licensed characters Terminator T-800, The Joker, and Spawn. In the Aftermath expansion that followed in May, NetherRealm added three more characters to the fighting game with Sheeva, Fujin, and guest character RoboCop.

These characters will be available in both products — Mortal Kombat 11’s Kombat Pack 2 and Mortal Kombat 11: Ultimate on November 17. The Ultimate version will include the original game, the first Kombat Pack, and the Aftermath expansion making it a great all-in-one package.