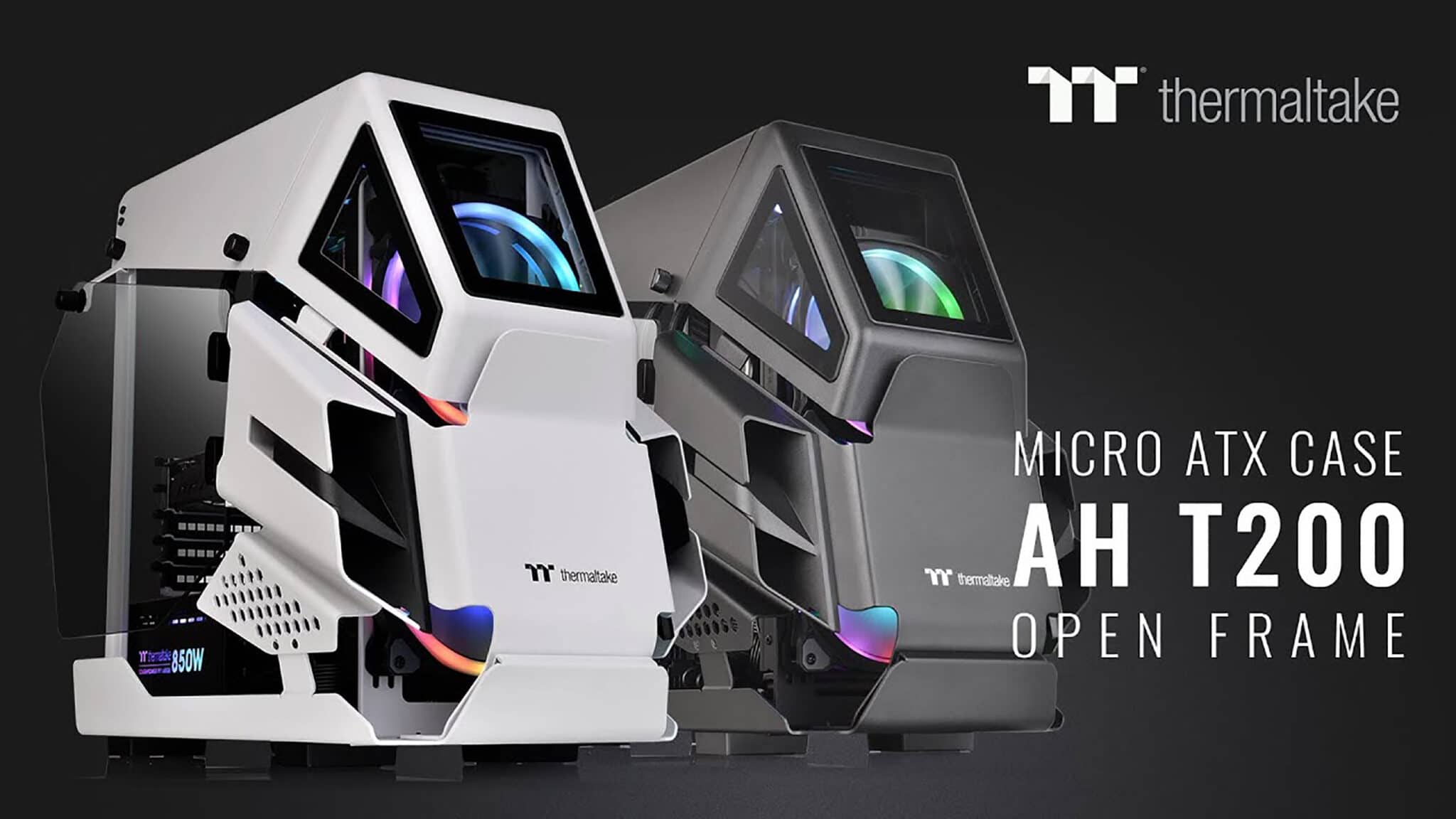 Ripped right from the future is a new Micro ATX case revealed by Thermaltake. The open-chassis case, dubbed the AH T200, offers a unique design with all of the space needed to build a powerhouse for AAA gaming. The sexy new build was first seen on the Thermaltake Global YouTube channel in a sizzle reel that put the spotlight on the cybernetic design.

The video went into great detail on the case’s many features. Inspired by the look of a helicopter cockpit, the AH T200 features an open frame that’s made to fit up to four 120mm or 140mm fans, installed at the top or front. With the airy construction, players won’t have to worry about overheating with this Micro ATX case.

Though the smaller size may limit certain components and only allows for horizontal GPU mounting, it’s built for a triple-slot GPU. This will give plenty of room for the latest in graphic cards so players can still enjoy the stunning visuals of the hottest AAA releases.

According to the sizzle reel, the AH T200 is approximately 17.5” tall, 11” wide, and 21.7” deep. It’s built with 3mm thick tempered glass panels, to give that appearance of a helicopter cockpit, and additional 4mm thick removable side panels. The ATX is built to hold:

The case is also outfitted with two USB 3.0 Type-A ports and an additional 3.1 Gen 2 Type-C port. The open design of the Micro ATX will allow users to maximize their RGB lighting for a bright and attractive display. Unfortunately, the smaller ATX case will require top-notch cable management. Any misconfiguration will leave a mess of wires, visible through the clear tempered panels and ample open space.

Since the exterior design is practically the same, which chassis players use will depend entirely on what components they want in their custom-built PC. Those that can sacrifice a little space will want to save the $100 and gain more desk space with the new AH T200 Micro ATX chassis.

Check out the full reveal of the T200 in the video below.