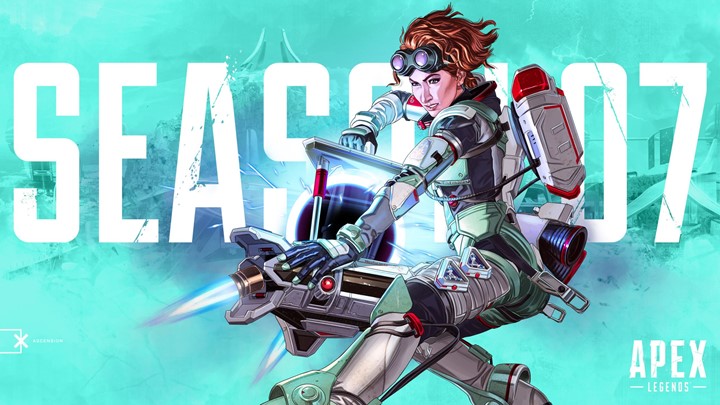 The patch notes for Apex Legends Season 7 went out earlier today, and it seems promising for those hoping for a change to some Legends, and even some weapons as well.

The big-ticket item in today’s patch notes was the addition of Horizon, Olympus, and the Trident to Apex Legends in this season.

We finally know exactly what Horizon can do, and it sounds fun, if more than a little situational. Her passive, Spacewalk, gives her more movement control in the air and less impact when she hits the ground from high up, meaning she could be a great option for players fonder of dropping straight onto their opponents. Her tactical is called Gravity Lift, and acts like a deployable elevator that gives a slight boost on the way out. Useful for quickly and (maybe) quietly getting to the tops of buildings to surprise an enemy squad. Her ultimate, Blackhole, creates a miniature black hole that sucks in nearby Legends.

If you’re looking at this and don’t immediately see potential, I wouldn’t blame you. Besides Wattson, we so far haven’t really seen a Legend this situational and defensive. You could argue Rampart, but the sheer number of Amp Walls she can throw up means she can be quite forgiving in the heat of combat. 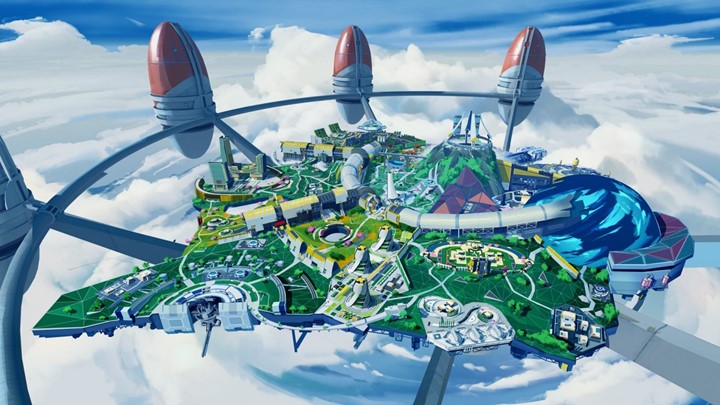 The new map, Olympus, is the next big item for the patch, and it looks like it’ll be the first map that really plays into the verticality, at least if the gameplay trailer from last Friday is anything to go off of. Respawn also mentions the Phase Rift as “mysterious and beckoning…” making me wonder if we’ll see something part way through the coming season related to it and Horizon’s story. The other selling point for the new map is the Phase Runner, a tunnel of Phase energy (like Wraith has) that can transport you across the map “in seconds.”

Where Respawn really went wild is the new Trident vehicle specifically made for this map. The Trident has a boost, and can fit the whole squad. What has me worried is the fact that it can’t be blown up, and damage from enemy fire is “dispersed amongst the players in the car.” They do point out that full damage goes to anyone hit directly, but don’t mention if it can do damage. If it does, I can see this thing being everywhere in the late game. With the right body shields and enough health items, you could just crush everyone else and win that way.

Respawn also showed off the club feature, which confirms my guess that this was the Apex Legends version of the clan mechanic we’ve seen in other games, although this would be one of the first battle royale games to have it.

There was also a huge swathe of quality-of-life updates, from changing how attachment swapping works (if you have a blue and white barrel stabilizer on your weapons and find a purple one, the purple replaces the blue, which replaces the white, and the white gets dropped.)

Replicators are also seeing minor changes, from removing weapons and making it so only you can pick up crafted items for the first five seconds after it’s done. Air drops are now color coded on the way down, taking the guess work out of what is dropping nearby.

This patch also sees nothing but buffs to Legends, with Bangalore, Caustic, Mirage, Octane, Wattson, Loba, Rampart, and Pathfinder all receiving buffs to make them more viable in different ways.

There were also a number of Hop-Up changes, with Selectfire Receiver going away since the Prowler is now a supply drop weapon, and the addition of a Quickdraw Holster Hop-Up for the RE-45 and Wingman, decreasing ADS time and hipfire spread.

Perhaps the biggest change to straight-up gameplay is the changes to the Evo Armor system. Respawn seems to have listened to players complaining about the red shield being too common in late game, and have nearly doubled the damage it takes to go from purple to red, up to 750 from the previous 500. Each armor level saw an increase, which should make it a bit more difficult for everyone in the lobby to have a red shield by the final circle.

All in all, this patch, especially with the changes to my boy Pathfinder, have me excited to hop back into Apex Legends for the first time in a while. I found myself drifting away from the BR genre, and while the Halloween event brought me back for a few rounds, I think the Trident (and a better grappling hook cooldown) will finally bring me back in.