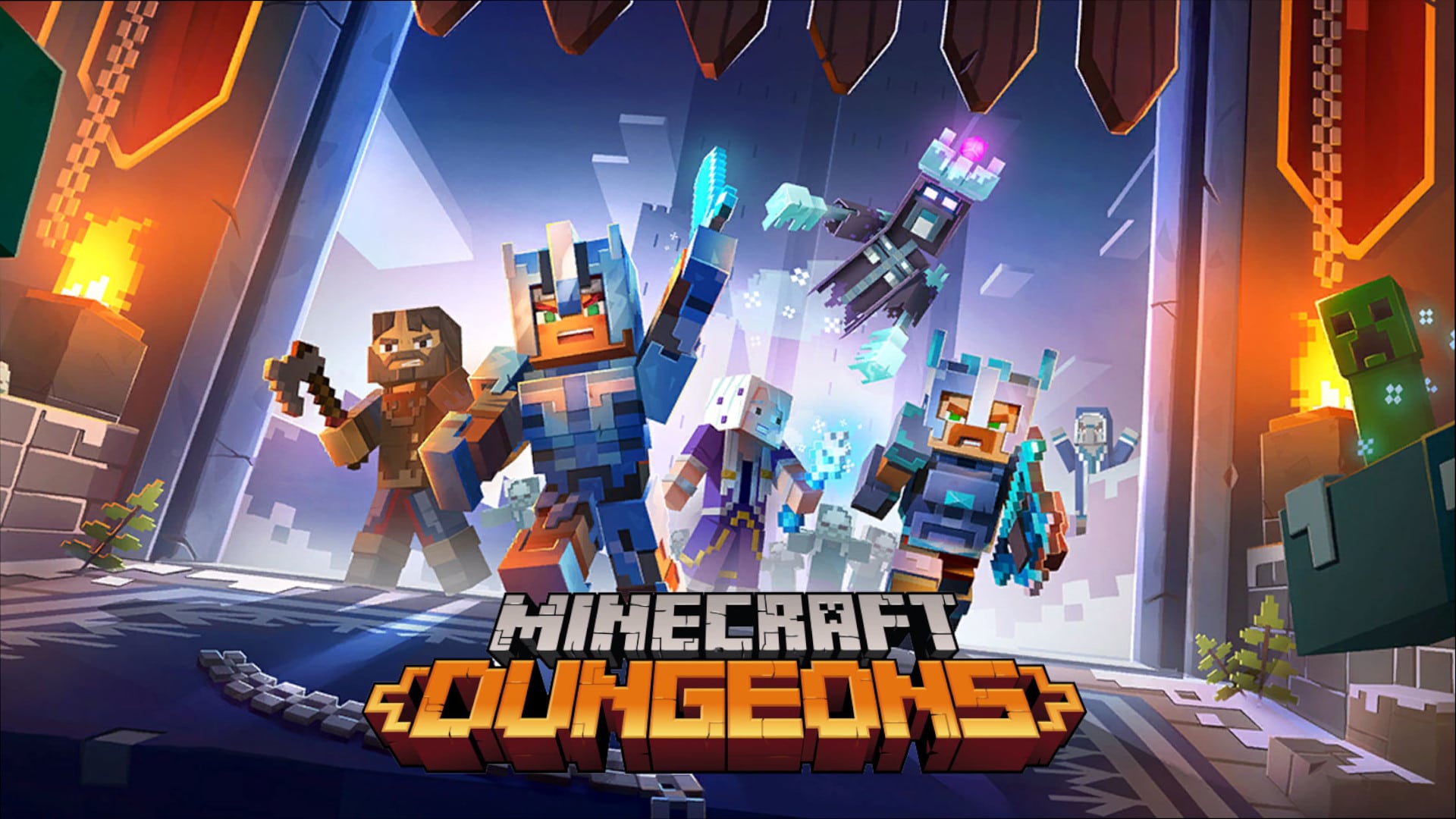 As a dungeon crawler, Minecraft Dungeons is all about slashing, smashing, and thrashing your way through hordes of monsters in an effort to score some epic loot. All of this means that your choice of weapons and gear is important, somewhat vital to your survival and overall enjoyment of the game.

Long story short, your weapons should be selected based on playstyle, combo potential, raw damage, and whatever helps you get through the mobs standing in your path. We’ve provided the top selection of weapons that will provide the most help in crushing the opposition on your dungeon delving adventure.

Diamond Sword becomes a powerhouse when utilized with the proper pairing of enchantments. Diamond Sword comes with the innate ability Thrust, which outputs a ton of damage in a straight line on every third swing. As of right now, the best enchantments for the Diamond Sword are Radiance, Committed, and Critical Hit. Pair two or all three together on the same sword and you’ve got a wrecking ball to rip through your enemies.

The Diamond Sword can be acquired in a rare drop from Creepy Crypt, Creeper Woods, Pumpkin Pastures, and merchants.

This mace comes already packed with a watered down version of Radiance making it an ideal weapon choice for group adventures. Its third hit slams down hard and deals quite a bit of damage for a “healer weapon”. Pair it up nicely with Radiance for additional healing capabilities, and Critical Hit to dish out serious damage as you and your team’s health bars replenish.

If your playstyle falls under “kill as many enemies surrounding you as possible in just a few swings” then the Cursed Axe is your ideal weapon. The tactic that makes this possible is the axe’s spin attack that procs on every third swing. What makes this particular axe so special is its innate ability to have a chance of causing enemies to explode on impact and deal damage to other nearby enemies.

Cursed Axe can be acquired in a rare drop from the Soggy Cave, Soggy Swamp, Dingy Jungle, and merchants.

A hammer with gravitational capabilities is a godsend when facing down large quantities of the walking dead. Every swing pulls in enemies for further smashing, increasing the damage dealt to the unsuspecting victims. To go even more god-like, you can channel your inner Thor and pair this weapon with Swirling and Shockwave to create a gravitational vortex of lightning power.

Hammer of Gravity is found in the Fiery Forge, Obsidian Pinnacle, Underhall, Overgrown Temple, and merchants.

The hand to hand combat monk playstyle is alive and well in Minecraft Dungeons thanks to the Fighters Bindings. Pummel your way through monsters at lightning speeds with these bad boys equipped. Every fourth punch triggers a combo so you should pair them up with either Thundering or Radiance enchants to make quick work of multiple nearby enemies. The short radius of the punches could also benefit from the enchant Chains which will bind enemies in place for easy mashing.

Fighters Bindings can be acquired in a rare drop from Soggy Cave, Cacti Canyon, Dingy Jungle, and Merchants.

A spear with a double strike effect is incredibly good especially with its extended reach. It provides a triple thrust which is further benefited by the enchants Radiance (for more AoE), Critical Hits (for top damage potential), and Committed (to show already injured enemies no mercy).

Whispering Spear is unearthed in Creeper Woods, Underhall, and merchants.

Mowing down baddies has never been easier than with the Guardian Bow. This weapon thrives in long range encounters and can demolish hordes of foes quite easily when paired up with Multishot and Growing. For strong single-target power, opt for the Supercharge enchant.

Speedy sickles can get pretty crazy especially these ones which spawn a poison cloud with every connecting attack. The four alternating strikes followed by a double strike combo only increases in potency with the pairing of Radiance and Thundering enchants. Rage is also pretty hilarious as you watch crazed mobs of enemies attack one another while being whittled away by the poison.