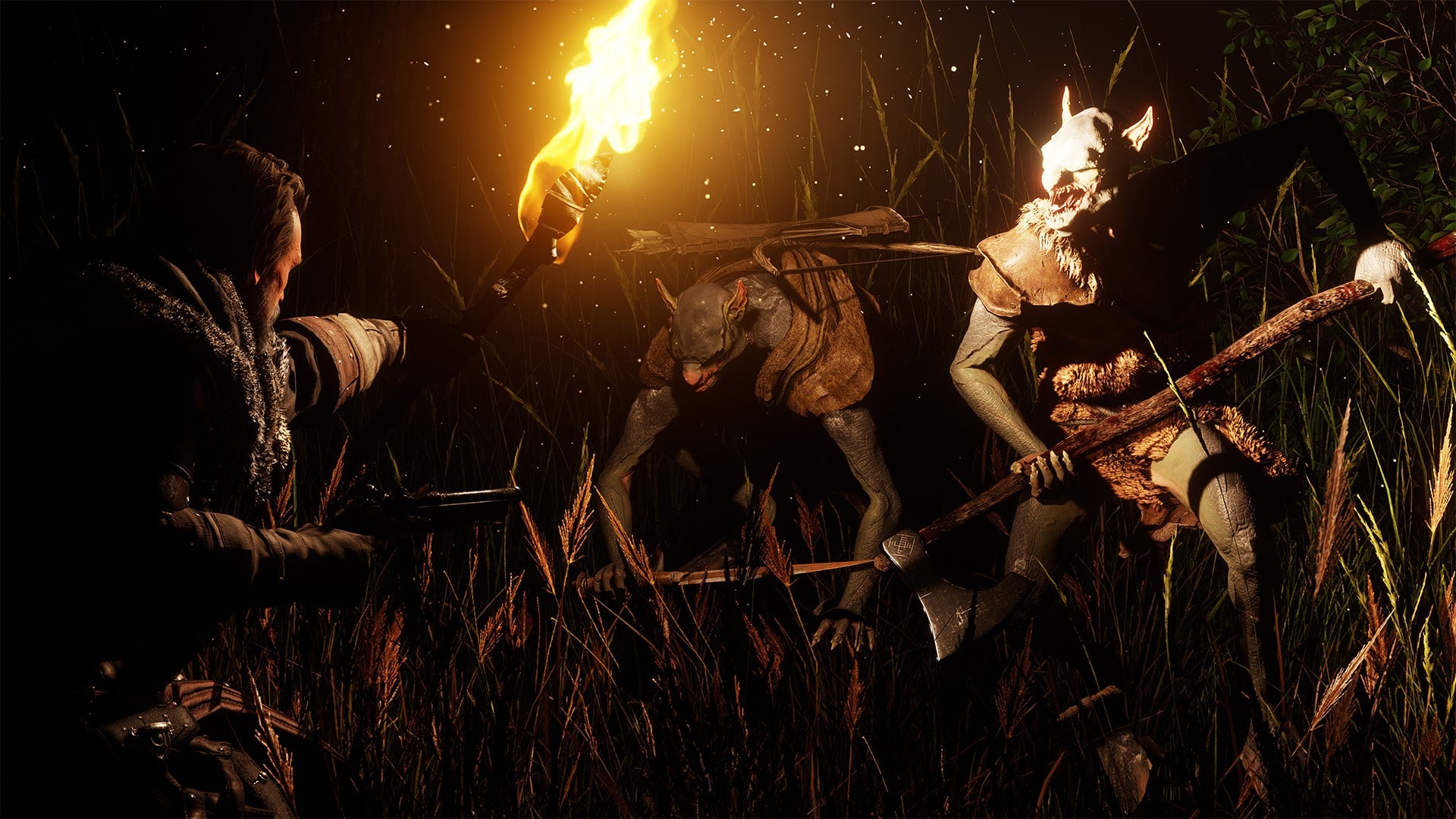 Crimson Desert, the Black Desert spinoff(?) was officially revealed during The Game Awards. Black Desert Online developer Pearl Abyss provided us with a world reveal via a lengthy gameplay trailer. Viewers were treated to heavy action sequences, some of the monsters we’ll encounter, the stunningly beautiful landscapes, and a small taste of some of the dragon-riding.

Set on the continent of Pywel, Crimson Desert is labeled as an open-world action-RPG. This new “Desert” title will feature a stronger PvE element than its predecessor, in a more single-player focused storyline with a lighter multiplayer overlap. You’ll explore the open-world as a mercenary named Macduff, who looks to reclaim his lost homeland with the help of his old crew.

Macduff seems to have a mix of fighting styles, weapons, and abilities in his arsenal which makes me think he’s all classes rolled into one. This means you’ll likely get to focus on a path in normal RPG fashion when it comes to how the character is played.

It also seems that Crimson Desert has taken a page out of the Dragon’s Dogma playbook, allowing Macduff to climb up the side of larger foes in an effort to topple them. This was visible in the trailer at around the 4:36 mark where it appears Macduff is taking down a very large wolf-creature.

One should expect quite a few mythical beasts to make their appearance in Crimson Desert, some of which will be the size of giants. Perhaps will even see a battle or two reminiscent of the award winning title Shadow of the Colossus. Wishful thinking perhaps.

Having a fixed protagonist is a far cry difference than the typical “making your own character” style most MMORPGs are known for. However, Pearl Abyss does promise in-depth character customization, which is something they’ve been known for ever since the debut of Black Desert. 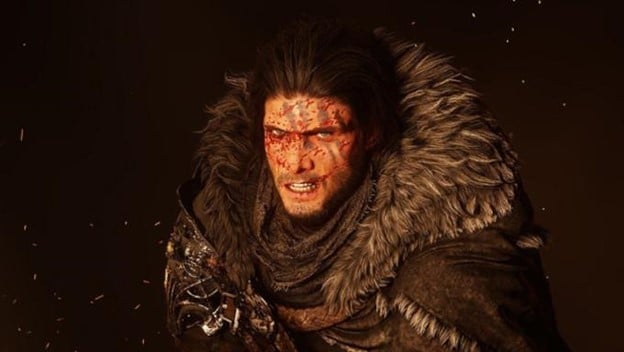 There were a plethora of varied landscapes in the trailer including vast plains, frozen northlands, and sweltering deserts that players will get to explore. No doubt Pearl Abyss has plenty of activities planned and secrets locked away within these environments. The main focus of the game will be the story content but Crimson Desert is said to also feature dungeons, puzzle challenges, and large-scale siege battles.

The “large-scale” portion of the siege battles leads me to believe that this might be one of the activities we’ll see that multiplayer overlap come into play. Few answers have been provided to the questions surrounding multiplayer in the game but we do know that there will be PvP. This comes as no surprise seeing as how PvP-focused Black Desert is. Another hint at this being a guarantee is that the combat system supports “team-up attacks with other players.” Seems pretty cut and dry to me.

Although the game is a single-player driven narrative, it will still be played online through a megaserver. Whether this megaserver will have all players playing in a single seamless world at once or if sharding has been planned, is still a mystery.

The action-RPG element of Black Desert was one of its best features so it’s nice to see Crimson Desert looking to pull the focus more toward it rather than the pointless MMO grind. A story-driven narrative could also be a welcomed feature if done right, so long as there is plenty to do once the adventure concludes.

MMO’s need an endgame. Failure to deliver results in disgruntled players and fans, some of which will quit and never come back. This is moderate risk for Pearl Abyss, who is banking on Black Desert fans purchasing and trying out Crimson Desert for themselves. So long as they keep the cash grab microtransactions to a minimum, I think they might have a shot.

Crimson Desert is scheduled to release on consoles and PC in winter 2021.