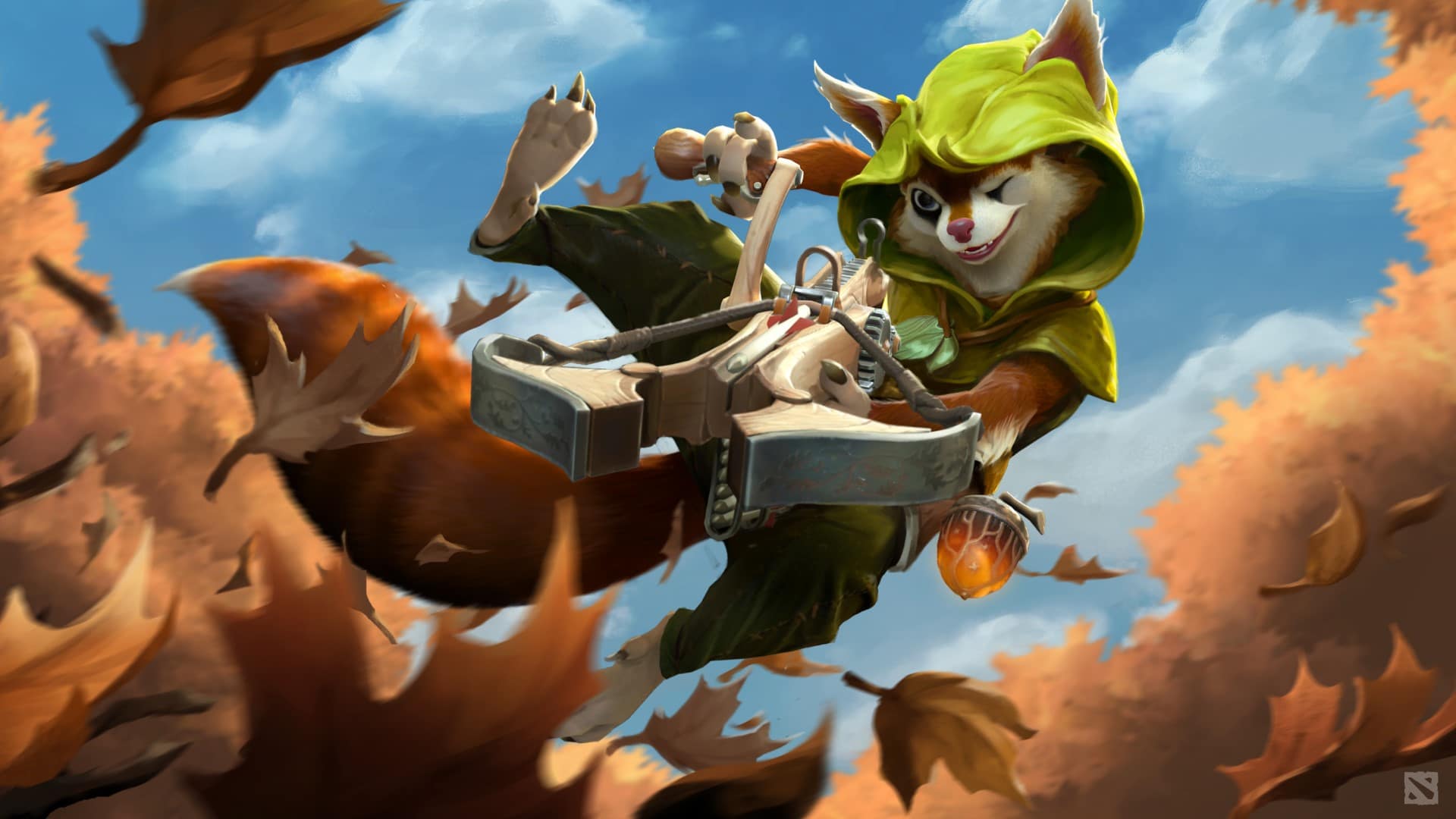 Dota 2’s newest update “Mistwoods” dropped over the weekend bringing it with a ton of changes and a new playable hero. Hoodwink, is a woodland creature toting a crossbow and Dota 2’s 120th hero to be added to the roster.

The Mistwoods update, or Update 7.28, is Dota 2’s fifth of the year, adding a completely new mechanic in Aghanim’s Shards, similar to Aghanim’s Scepter, that is purchasable for 1,400 gold. It allows heroes to expand their arsenal with entirely new abilities or allows them to upgrade existing ones in the middle of matches.

Hoodwink, is an agility-based ranged hero and plays a lot like Windranger. She comes with all of the nukes, disables, and escape options you’d expect, but has an ultimate ability called Sharpshooter that lets her charge up a manually-aimed long range shot. Other abilities include a bouncing Acorn Shot, a net trap bolo called Bushwhack, and an evasion plus speed bonus ability called Scurry.

Items also got a healthy boost to inventory with a new item “Fluffy Hat” that runs you 250 gold for a 125 health boost. Helm of Dominator is now upgradable to level 2 and can take control of Ancients. Three new upgrades are available to Blink Dagger which add various powerful bonuses for a short duration following the blink. Things like higher damage, reduced cooldowns, or reduced damage from surrounding enemies is sure to help in most situations.

Existing equipment was also rebalanced in an effort to shake things up, along with a reduction in gold earned from killing creeps and matches that start at night. This patch is probably the largest patch this season and one of the best times to get back into the game after any kind of hiatus. You can check out all of the changes on the official site.