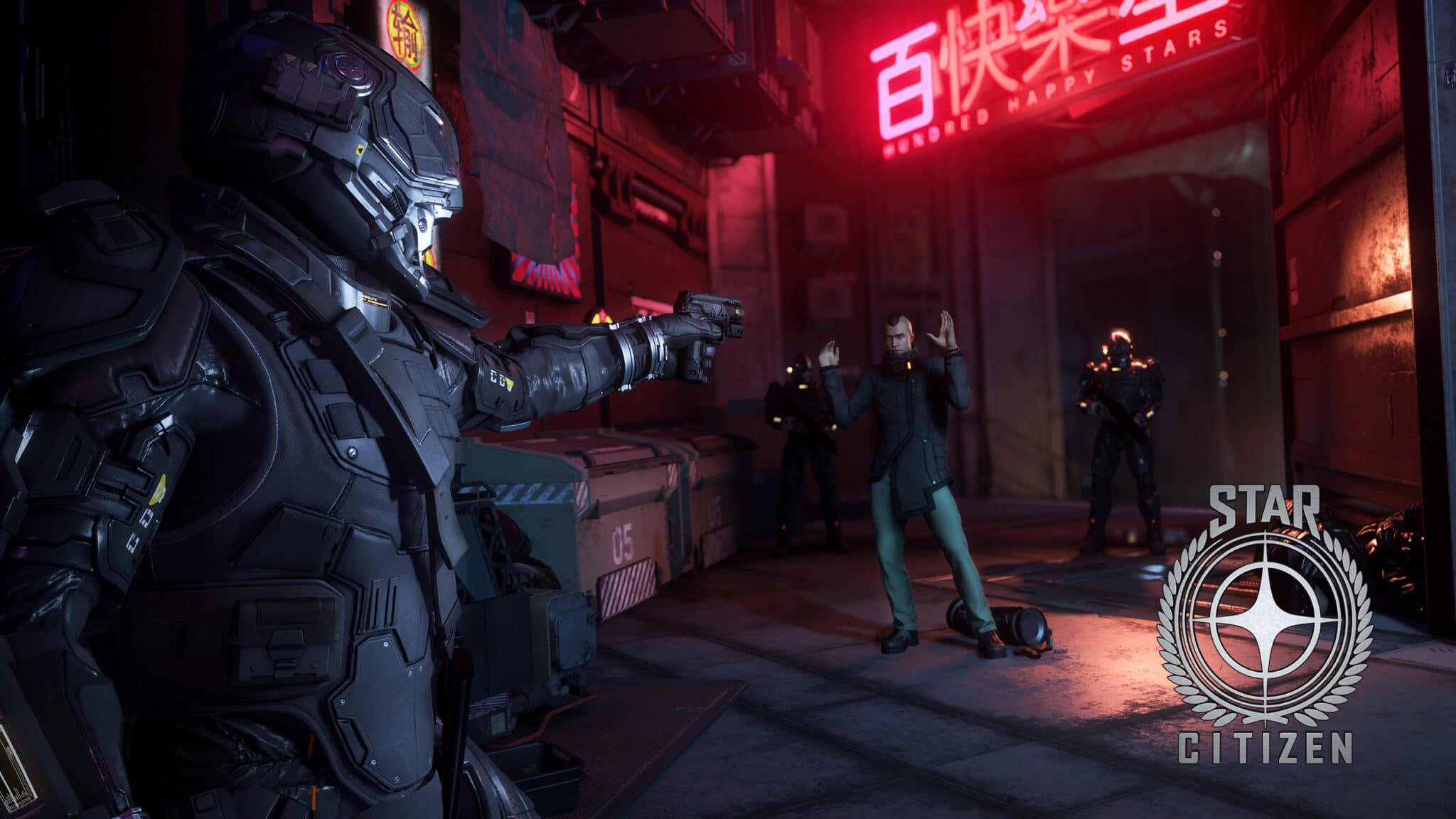 When a video game gives players the ability to be bad, it’s difficult to ignore the temptation to break a few laws. Unfortunately, much like in the real world, that often comes with consequences. In the world of Star Citizen, criminal activity will not only put you on law enforcement’s radar, but it will also make you a target for zealous bounty hunters.

That’s not to say there aren’t remedies for your wrongdoings. Just as easy as you can raise your notoriety as a criminal of deep space, you can also work to reduce it. While playing Star Citizen, it’s inevitable that you’ll break a few laws. So it doesn’t completely hinder your ability to become a productive member of galactic civilization, we’ve laid out a few methods you can use to reduce your criminal rating.

They may say, “Don’t do the crime if you can’t do the time,” but we say, “Do the crime, but know how to evade the consequences!”

What Constitutes a Crime?

As you’re enjoying the expansive world of Star Citizen, it’s actually relatively easy to get caught up in a little mischief. There are times when you might not even mean it. Maybe you’ve backed into a civilian ship or accidentally opened fire on passersby or transported contraband to score a quick buck. You could have evaded a law enforcement checkpoint or any number of things you clearly never intended to do…

What if I Break the Law?

Whatever crime you may commit, the authorities acting on behalf of the United Empire of Earth will be hot on your tail. The more crimes you commit, the higher your Crimestat Rating increases. When your rating gets too high, you will become an enemy of the empire, which comes with a welcome mat of firepower when you try to land at landing zones or a high value on your head for bounty hunters. If you’re captured alive by the UEE, you’ll be arrested and spend a bit of time in the Klescher Rehabilitation Facilities – unless you decide to break the law again and escape.

On the other end of the spectrum, being a known criminal isn’t all that bad. You may make some new, seedy friends that can supply you with rewarding jobs.

How Do I Lower my Crimestat Rating?

If you don’t like having to look over your shoulder and not knowing when the long arm of the law will come crashing down on you, Star Citizen offers a few ways to lower your criminal rating. The easiest but most nerve-racking way is by just waiting it out. If you don’t commit any additional crimes and evade the UEE for long enough, your Crimestat Rating will start to drop until it’s completely gone.

Should you just want to get it over with so you can move freely without concern, you can intentionally let security catch up to you, or you can do the responsible thing and check into the Klescher Rehabilitation Facilities. As a prisoner of the UEE, you’ll complete tasks to rehabilitate yourself and return as an active and constructive member of society.

However, a career criminal isn’t going to want to do the “right thing.” For those individuals, there are security terminals that can be hacked. By hacking the terminal at Security Post Kareah, you can completely clear your criminal rating and get the cops off your back. To hack the terminal, you’ll need to find a hacking chip, which allows one-time access to a terminal.

To hack the terminal:

While there are methods to reduce your crime rating in Star Citizen, the easiest thing is to just stop breaking the law!