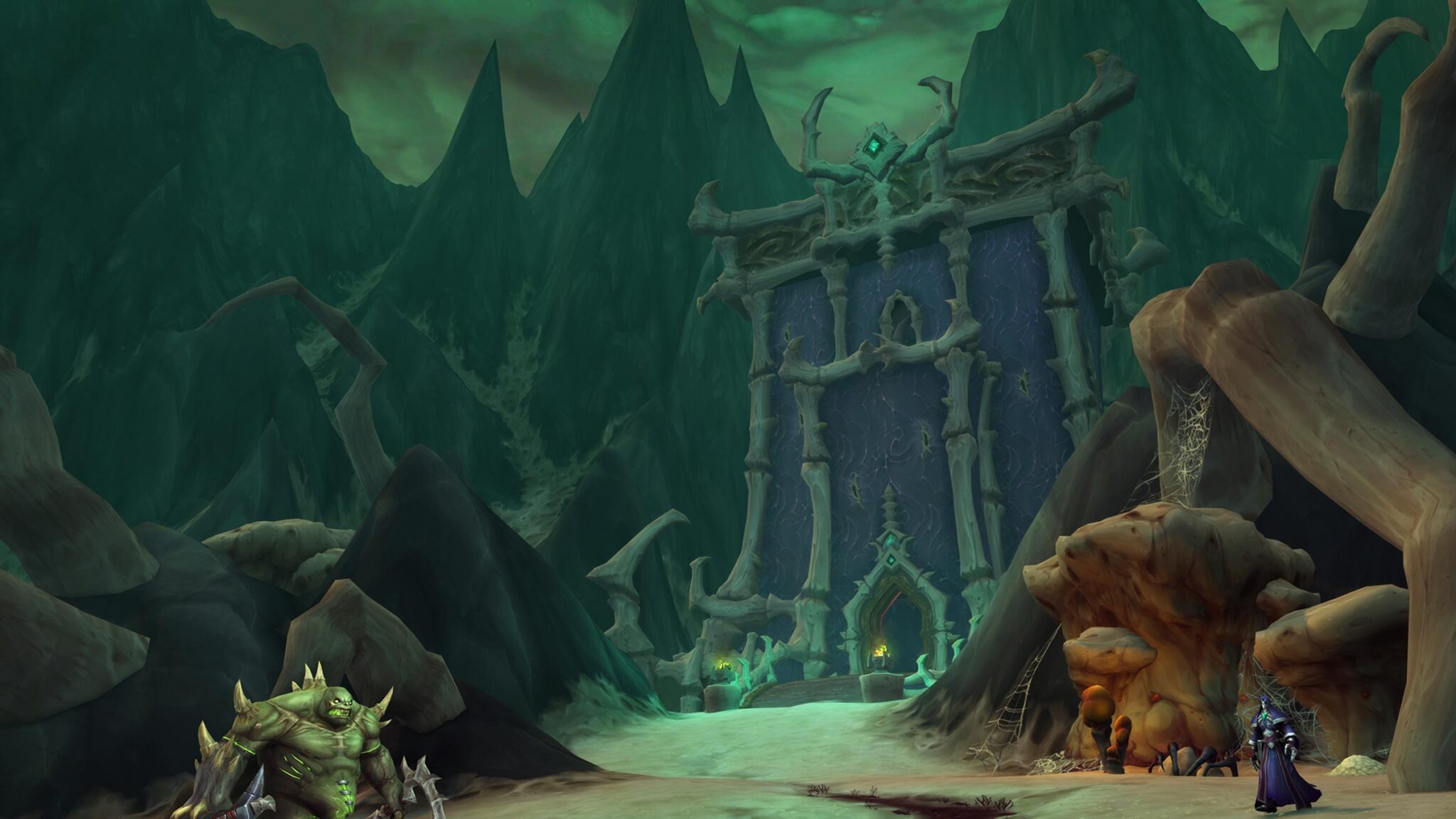 How To Earn Anima Conductor Rewards in Shadowlands: Necrolord

Anima streams are similar to ley lines in that they’re magically flowing pathways, sending a power source to certain points throughout Shadowlands. Now that both Kyrian and Night Fae have been covered, we’re going to take a look at the Anima Conductors for the Necrolord Covenant.

Before any anima can be released, the central controls for the direction of anima flow –the Anima Conductor, must first be unlocked. To do so, you must visit the center section of the Seat of the Primus. You’ll know you’ve reached the correct area when you spot Yondare Hex <Anima-Weaver> standing beside the structure. Yondare will provide all relevant quests pertaining to the Anima Conductor.

To activate the structure, speak to Arkadia Moa <Sanctum Upgrades> just to the west of it. It will require a couple of souls and Reservoir Anima to unlock the tiers of your Anima Conductor.

Arkadia will start you on a short breadcrumb quest beginning with Restoring Power, and ending with Tower Power.

You get two anima streams from tier 1 with two per for each tier after for a total of six streams. Only one stream is activatable within a 24 hour period though, you can unlock multiple so long as you time it correctly with the server’s daily reset timer or by reinforcing a stream via upgrade.

A different path is presented by each stream leading to varying rewards. The first stream grants players access to a special treasure (House of the Chosen) while the other allows them to take on an enemy champion (House of Constructs).

House of the Chosen Anima Stream

The House of the Chosen is deep in enemy territory so expect to fight your way there. This is even true for stealth specialists as there are plenty of stealth-revealing enemies abound in the area. Groups of enemies are likely to crowd the area where the items required to unlock the chest will be found.

Unlocking the Chosen Runecoffer will require you to locate and collect three Rune of the Chosen. Only three are available at any one time so you will be forced to search them out. They can be found on the floor or leaning against walls and will likely be surrounded by multiple mobs. 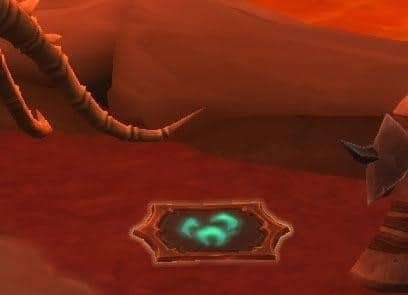 The mob clusters will be packed pretty tightly so it’s unlikely that you will be able to bypass or circumvent all of them in order to reach a Rune. Carve your way through or be incredibly sneaky and eventually you will collect all three.

Once you have all Runes in hand, opening the chest is the easy part. The chest will contain some combination of vendorable greys worth some gold and anima items, though it’s possible to yield green- and blue-quality gear items, conduits, and small quest items. Two Grateful Offerings are guaranteed with every daily completion.

Deep inside the House of Constructs you will find the experimental construct Geiger, waiting. He’s surrounded by a few easy to kill mad scientists who are more annoying than anything else.

Getting inside the House of Constructs takes a little work, having to push your way through a few mobs, including ones who detect stealth. Once inside, you’ll find Geiger laying on a large slab. Click the Final Thread to activate Geiger and the ensuing fight.

Geiger is a surprisingly simple fight that shouldn’t give anyone much issue taking him down. You don’t need a group but it’s always nice to share the wealth as other players, not just those who are Maldraxxus Covenant-locked, can participate in the fight and earn their own rewards. 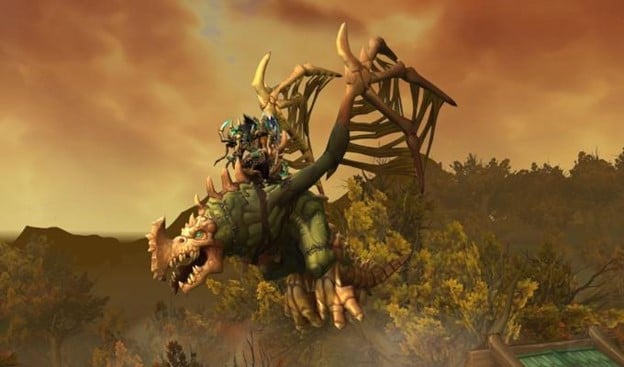 He drops the typical vendor greys, random green- and blue-quality gear items, and conduits, but also has the possibility of dropping a rare mount, the Predatory Plagueroc. Only those players who have the anima stream directed at the House of Constructs will receive the two Grateful Offerings per day.

A tier 2 upgrade will unlock two additional streams for the Anima Conductor. Again, only one can be activated per 24-hour window.

This stream will open up a world quest on the map that only you can see and participate in. The same can be said for the rewards, which are random but are usually just anima for the Anima Reservoir. In addition to the quest reward, players get 125 reputation with The Undying Army and three Grateful Offerings.

The rewards received are random but you’re guaranteed to earn three Grateful Offerings per quest completed, for a total of six.

Only two more streams are added once you’ve upgraded the Anima Conductor to tier 3. These streams give access to a Necrolord-specific enhancement buff (House of Rituals) that can be chosen once per day, or a showdown with a powerful foe (Theater of Pain).

Choosing this stream nets you a single 24-hour buff that persists through pretty much everything. Only one buff can be chosen within a 24-hour period, can only be used within the Maldraxxus zone, and should help you breeze through quests and covenant-related activities.

You can find the NPCs that offer the buffs, inside of the House of Blades, which is found within the House of Rituals. The place is guarded by plenty of enemies so you’ll have to earn your daily buff.

The buffs are provided by the following NPCs:

The buff is your only reward for choosing the anima stream.

Sabriel the Bonecleaver will be the powerful foe that Necrolord-faithfuls will have to take down. However, before she’ll even appear you’ll need to take down a few contenders in the arena. To get her to spawn, kill all of the Theater of Pain combatants up to and including Drolkrad. Sabriel will follow immediately after. 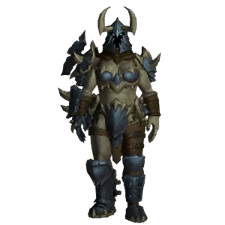 Sabriel is the toughest combatant in the arena at level 62, and may surprise players as to how formidable she can be. She is, however, relatively simple, especially if other players are already in the immediate area. Everyone who partakes in the fight can receive her dropped rewards including a chance at the Bonecleaver’s Skullboar mount.

Those who directed the Anima Conductor stream toward the Theater of Pain will receive six Grateful Offerings.