A new melee weapon has been added to the extensive arsenal that Call of Duty: Black Ops Cold War already possesses, in the form of a Sledgehammer. Players will now be able to beat each other to a pulp once they’ve unlocked this brutal weapon.

It is in the unlocking of this new weapon where a lot of hard work will come into play. It pretty much requires players to be experts in melee combat, or at the very least, get really lucky. Goes without saying that nothing worth the time is ever easy. But if you want to bash enemies brains in like John Henry to a nail, it’s best we get kraken’ on how to unlock the Sledgehammer.

Being melee proficient in a first-person shooter is definitely an uncommon trait. However, that is exactly what you’re going to need to be if you plan on wielding a blunt instrument of destruction like the Sledgehammer. 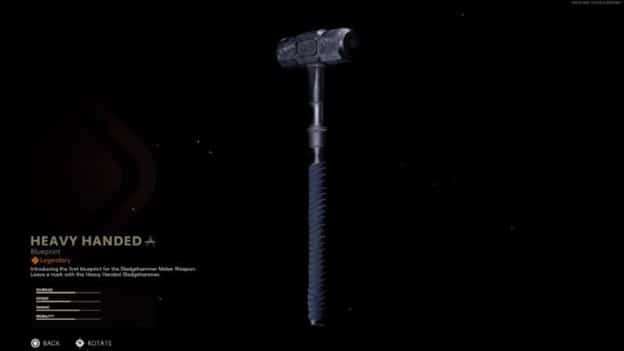 Long story short on the “how-to” of things, you’re going to want to get really friendly with the Combat Knife. The reason being is that you’ll need to kill two or more players in rapid succession in 15 different matches of Black Ops Cold War. I can already hear the defeatism in the collective sighs of the masses after that sentence has been read.

To say the task is challenging would be an understatement. Killing one enemy with a knife is hard enough, but two is just pushing it. Finding two hapless idiots, oblivious to that which goes on around them, is going to be possibly the most difficult task in the game. Though, anyone who has every queued in the lobby knows there are often more than two in any given match. It’s finding them together that ups the difficulty.

This is something that could take a while to achieve so only those most determined will find themselves on the battlefield armed with hammer in hand. It’s suggested that you run a class with the combination of Ghost and Ninja to lower the sound of your footsteps, keep you off of the radar, and optimize your stealth like capabilities when approaching unsuspecting enemies.

On the other hand, if you just want to take the easier route and forego the grind, you can break out your wallet and purchase the Tracer Pack: Bulldozer Operator Bundle from the in-game store which happens to include the Sledgehammer blueprint. It’ll cost you 2400 CoD Points and include two other weapon blueprints –Monstrous Envy and Headache, a watch, charm, emblem, and a Hammer Uppercut finisher. You’ll also unlock a new skin, Operator Bulldozer.

At this point, using your hard earned cash doesn’t sound so bad in comparison to the alternative. All of the additions sound pretty sweet, especially the Hammer Uppercut finisher to go nicely with your new beatstick. Of course, not everyone will see it that way. So for those of you who would rather stab and slash your way to unlocking the Sledgehammer, good luck and have fun. You’re going to need it.