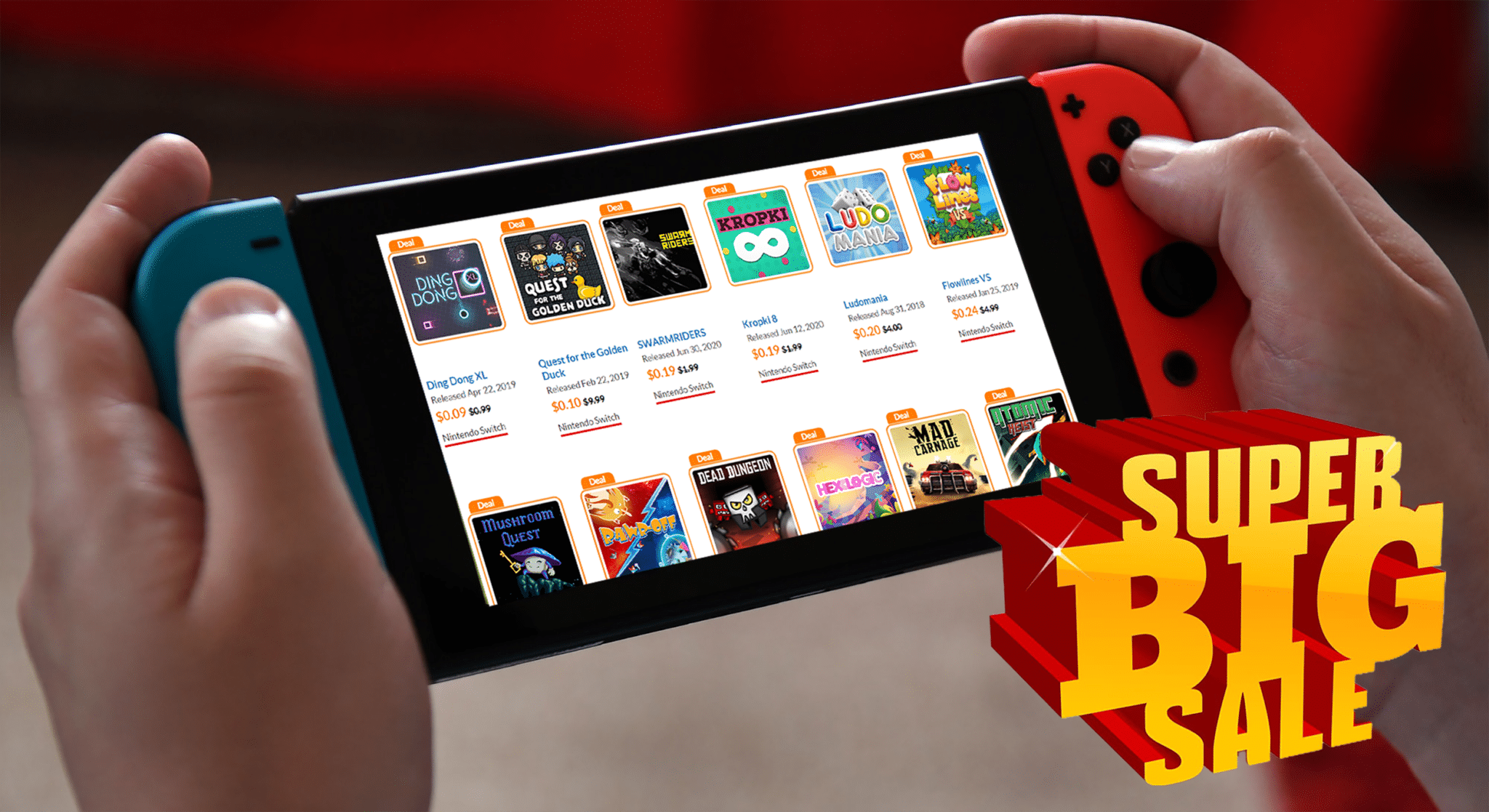 Tired of paying premium prices for Nintendo Switch eShop games? It’s likely Nintendo has heard your pleas as it recently dropped 100 titles down to $1 or cheaper. The abundance of cheap titles may not be AAA games, but you can’t beat grabbing an abundance of nifty indie titles without having to empty your wallet.

The available games are playable on both the Switch and Switch Lite, so you can take them on-the-go or play them while docked. While most titles in this 100-game sale are $.99, several come in even cheaper than $.10. Games like NecroWorm, Super Bit Blaster XL, Ding Dong XL, and Quest for the Golden Duck can all be purchased for $.10 or less. Other games, like Him & Her, Funny Bunny Adventures, Valentina, Deadlings, Perseverance, and War Theatre will cost $.49 per game to download.

Nintendo isn’t entirely new to the concept of a “super sale.” While gamers don’t often find playable experiences for $1 on other consoles, Nintendo likes to throw a few at its audience every so often. Earlier in September, the Switch version of Flashback was dropped down to $.99. At the time of this writing, the price had gone back up to $19.99. Though, it’s worth noting the PS4 version retails for $24.99 and never dropped to $.99.

Recently, Sony did discount several titles on the PlayStation Store to $5 or less. PS4 owners can find some great deals from major publishers like Square Enix. Some of the discounted titles, which were still on sale at the time of this posting, are:

There is no end date for the PS4 sale, so it’s best to jump on these prices immediately. If you’re not ready to play them, you can just keep them in your queue and download them at a later date.

Like Sony’ sale, Nintendo has not confirmed how long the sale is going on for or if these titles will be filtered out of the eShop after it ends. Dropping pricing down to $1 does wreak of a last-ditch effort to sell copies before ultimately removing them. Since they have no name power behind them, it can be assumed they’re low-rent indie titles and shovelware that won’t offer a ton of entertainment. However, you can bet there will be a few diamonds in the rough. For $1 or less, it’s hard not to want to take the gamble to see which you stumble onto.

Take a look at the full list of games on the Nintendo eShop here.