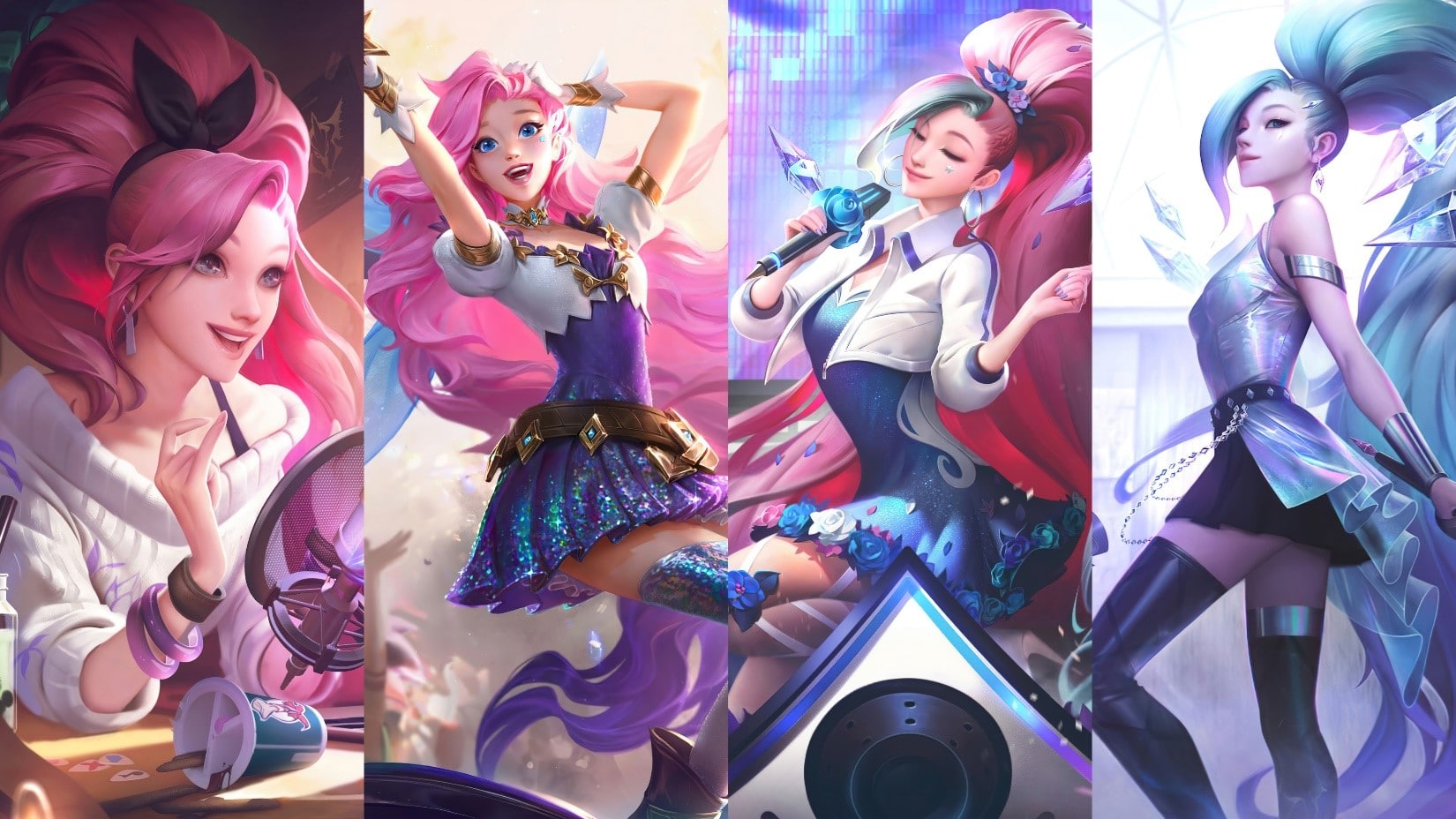 Seraphine has finally arrived in League of Legends

League of Legends is arguable the biggest game in Esports, and it isn’t hard to see why. The League of Legends Championship Series is the most widely broadcast and watched Esports event, regularly managing over 300,000 viewers on both YouTube and Twitch.

Nearly everyone that starts PC gaming at least tries League of Legends, with no small number winding up addicted to it completely and playing the game religiously.

Well, today is another reason to at least give it a download in a week or two.

Seraphine, the elusive virtual influencer from Twitter and Instagram has finally been announced as the next Champion to join the field. Although Riot has been teasing her through Instagram and Twitter for a few months, they didn’t admit to it until last month, instead promoting the account as an actual person.

Today though, Seraphine was officially announced, and this means her abilities were also revealed, and I have to say, as someone with only a passing understanding of LoL (I’ve played for maybe two dozen hours over the last four or five years) she seems like a lot of fun to play, with the ability to really change the flow of a fight.

Her passive is “Stage Presence” which does two things. The first is that “Every third basic ability Seraphine casts will echo, automatically casting a second time.” The other creates a Note whenever she casts an ability near an ally. These give her basic attacks more range and additional magic damage, consuming the Note. From the ability video, this seems to stack with nearby allies, so if you cast all four abilities near an ally, you can get eight Notes, which could be a pretty sizeable increase.

Next is “Surround Sound” which grants herself and allies a movement speed buff and a shield. If she’s already shielded, she can instead heal nearby allies based on how many are around her.

“Beat Drop” is next, and no, this isn’t like Overwatch’s Lucio’s move of the same name. Seraphine “unleashes a heavy soundwave, dealing magic damage to enemies in a line and slowing them.” This stacks in an interesting way that could be incredibly dangerous as well. Slowed enemies are rooted instead, and rooted enemies are stunned. With the right communication, this could be a fight-ending mechanic.

Finally is “Encore,” where Seraphine charms enemies and deals magic damage. This is a straight-line ability, but any Champion, including allies, that gets hit with it extends the range automatically grants allies maximum Notes. The range extension is unknown for now, but it’s possible a line of allied Champions the right distance apart could get this ability from one end of middle lane to the other.

If you want to see her abilities and the rest of her Champion information, you can click here.

Like I said above, I’m by no means a League of Legends expert. I enjoy the game, sure, but can rarely find the time to play, especially on my four-year-old laptop that can stutter at more intense moments. That said, she has me excited, and I’m planning on re-downloading to give her a try a few weeks after she releases.

I’d love to try her on release, but if my 800 hours in Overwatch has taught me anything, it’s that a new character is going to be impossible to play unless you’re lightning fast, or have a lightning fast Internet connection.